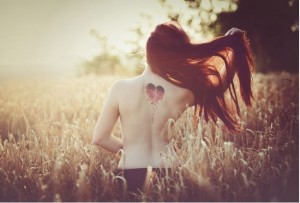 I was a virgin until I got married last summer at the age of 25. Throughout my life, I received tons of “advice” and heard so many messages about what to expect. While some of these messages came from friends who had had sex, a great deal of what I heard came from the media. And, lo and behold, I found out very quickly that the media is not always right.

Below I have compiled the ten biggest sex myths I have heard and can debunk now that I have been there. And keep in mind that it’s not only virgins who believe these myths. Whether you’re sexually active or not, my hope is that you can find some relief if any of these myths have been worrying you.

1. Vaginal sex will be uncomfortable or painful for a woman the first time

This was one of the first things I ever heard about sex. A friend told me, “It hurts so bad the first time and doesn’t even get fun until the third or fourth time.” From then on, I was sure that this was just my fate. And did my first time hurt? Yes. But it hurt largely because I expected it to hurt, and I wasn’t relaxed. Sex is not supposed to hurt if it’s done properly. The body needs to be relaxed and often times lubricated. Every woman is different and is going to feel a different sensation depending on so many factors: the size of her vagina, the thickness of her hymen, her level of comfort, the amount of lubrication, and her communication with her partner. The best tactic for non-painful, first-time sex is for partners to go slow and be relaxed.

This is something I was taught for a long time, growing up in a religious environment. I was told that masturbation was the same thing as lusting (which was the same thing as adultery) and was to be avoided, even “combated,” like it was a disease or addiction. And I was also told that only men “struggle” with this. So as an adolescent, I not only thought I was sinning when I had sexual fantasies/dreams/desires, but I also thought I was a freak because I was a girl who was responding physically to sexual desires. I stifled and hid my “secret.” I prayed and asked for forgiveness. I busied my life with other things to help me forget that I had a sex drive. And it destroyed me. I coerced my mind into thinking that sex was wrong and dirty, and I was wrong or dirty for even thinking about it before I was married. And as a result, I had a hard time feeling “okay” about having sex with my husband.

3. All men are supposed to be circumcised

I never realized how much of a controversy this issue is; I suppose because I don’t have those parts. But boy, there are a lot of misunderstandings about foreskin. And even if you’re a girl, you need to understand the penis if you’re going to be having sex with men. Please, if you have a moment, check out Laci Green’s educational, blunt, and hilarious video that gives a better overview of foreskin myths than I ever could.

5. If a woman doesn’t orgasm, there’s something wrong with her

This was one of the hardest things for me to understand as a newlywed. I thought that I was frigid, broken, unable to reach climax. However, the truth was painfully obvious — penises and vaginas are different! If a woman is new to sex, it’s going to take a while for her body to get used to everything. Most women need about 20 minutes to become aroused (and in my case relaxed) enough to orgasm. Once again, foreplay, foreplay, foreplay!

6. No one waits until marriage anymore

Though my decision to wait was mostly supported by my friends and family (and 100% by my husband), there were still a few people who raised an eyebrow at this decision. And strangely enough, while I was mostly encouraged for deciding to wait, my husband was questioned (“What if you marry her and find out that she’s not good in bed?”). Even in the 21st century, women are expected to wait, and men are expected to go for it. How that logic works is beyond me…

Sure, it’s not as common for couples to wait today, but there’s nothing wrong with waiting if it’s what you want.

Here’s the thing, though: waiting, not waiting, it needs to be a decision between you and your partner based on what you’re comfortable with. If you wait, you need to do it for you. Not because your parents or God want you to wait. That used to be my main incentive, to please other people. But my sex life is not about pleasing other people. It is very much between my husband and me only.

7. Penetrative Intercourse is the only way to achieve orgasm

The media is a big reason for this myth. Nearly every cinematic sex scene depicts traditional penis-vagina intercourse (often with the male in dominant position). In fact, I can think of only two films I’ve seen where a man gives a woman oral sex, Gone Girl and Blue Valentine — the latter of which got an NC-17 rating because, you know, pleasuring a woman is worse than R-rated movies that show violence, rape, etc. Anyway…

A basic understanding of female anatomy makes it clear why this myth is so wrong. In an article published by the University of Illinois at Chicago, author Anne Koedt explains:

“Men have orgasms essentially by friction with the vagina, not the clitoral area, which is external and not able to cause friction the way penetration does. Women have thus been defined sexually in terms of what pleases men.”

She goes on to explain that women, on the other hand, have orgasms from clitoral stimulation, not vaginal. “Actually the vagina is not a highly sensitive area and is not constructed to achieve orgasm,” she writes. “It is the clitoris which is the center of sexual sensitivity and which is the female equivalent of the penis.”

There are different ways to have sex, so do not be discouraged if the “traditional way” isn’t quite working for you.

8. Women need to shave or wax down there before sex

I always thought this was true. As I was planning my wedding, I kept reminding myself that I had to schedule a Brazilian before the big day. I thought I had to be bare and that hair was unattractive or would get in the way. Thankfully, this myth was debunked for me before I tortured myself. Pubic hair removal actually gained popularity when it became a trend in the porn industry. Many women began to believe that they needed to remove their hair. However, pubic hair removal is all about personal preference, and there is no “should” or “should not.”

In her famous play, The Vagina Monogloues, Eve Ensler reminds us, “Hair is there for a reason!” Hair provides cushioning and aids in lubrication. Sometimes the rawness of shaving/waxing can have uncomfortable side effects during sex and just in general. It’s important to remember that it’s totally up to you and what you’re comfortable with. Oh, and I promise — your partner won’t care if you have hair!

9. “Pulling out” is an effective contraceptive

Contraception should always be an important conversation that you have with your partner long before you have sex. Couples need to be in communication with one another about what works best for them. That being said, it’s important to use caution with certain methods. While withdrawing is not all bad, it’s not necessarily easy. You have to make sure you get the timing right. Out of 100 couples using the withdraw method, 22 will get pregnant in a year. And while pulling out may prevent pregnancy, it does not protect you from STIs.

Another myth that goes along with this one is that condoms don’t feel as good or that they delay orgasm or interfere with sex. Don’t shoot them down so easily. There are all kinds of condoms on the shelf today, many that are very thin and do not inhibit sexual activity.

10. There is a definitive time in a relationship when sex should be expected

You never owe anyone sex, no matter how long you’ve been together, no matter the state of your relationship. Every couple is different and needs to communicate. Sex should never be something you feel pressured to do. If your partner truly cares about you, he/she will understand and respect your needs, fears, and desires.