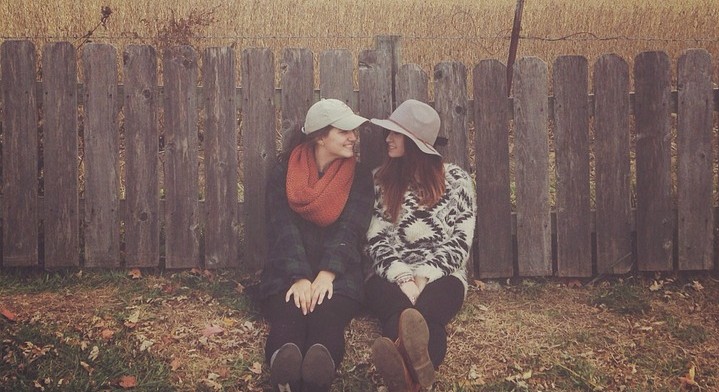 Junior year is around when everything hits at once. People start asking you where you want to head off to post-graduation. Boys (and girls) ask you out. You go to the movies with the cutest one. Somehow, you make it through driver’s ed. Then it escalates. Suddenly, your friends go to parties, steal their parents’ wine, buy cigarettes from seniors, and talk about hookups.

At least, it was for me. I grew up half-Disney, half in the real world. My community subtly instilled the idea that girls should be quiet, charming, and optimistic. I wore sugar pink turtlenecks, wrote in bubbly letters, and studied hard without being pushy, bossy, catty, or anything that would “rock the boat.” I didn’t learn to meet companions because I didn’t need to; I’d been born right next to the friends I’d stick to for a decade and a half.

Throughout life I’d carried pretty naive political views; for example, I couldn’t care less about the government watching over the public. If you’re not doing anything illegal, why worry? I lived in luxurious suburban bliss, without chores, allowance, or much freedom at all. My parents were overbearing and hovered any decision I made. I got used to it.

Plus, from birth to ninth grade, I’d been taught that ridiculous Pete Wentz message: “Girls are like apples…the best ones are at the top of the trees. The boys don’t want to reach for the good ones because they are afraid of falling and getting hurt. Instead, they just get the rotten apples that are on the ground that aren’t as good, but easy.”

So I kept my crushes to myself, especially the ones who weren’t dudes. In general, I repressed almost every natural feeling I whirled past in middle school. High school hit hard, especially after making the cheerleading team and meeting girls years older than me. I kept my cool, for a while.

Yeah, my older brother went through 11th grade two years before. I’d seen him tumble. But I didn’t expect the tornado to hit my bubble. We were unstoppable nerds: a circle of nice girls who took hard classes, obediently wore their glasses, and talked excitedly about Model United Nations.

Alas, I was the first to go down. As a first-generation US citizen, I was constantly torn between wanting to be the goody-two-shoes Indian my parents wanted and the “chill,” open-minded American everyone else wanted. My repressed feelings ate me up like a pumpkin-spice lover at Thanksgiving dinner.

Under the burning lamp of peer pressure, I melted and dissolved into a messy, confused sixteen-year-old who had no idea what to do.

In 8th grade, I’d begun experiencing depression and having breakdowns from the OCD I’d never gotten help for earlier. It all came back, and it took months of stitching together to spring back to reality.

Surprisingly, it was meeting the real world that helped me survive. I found a volunteering position at the Portland Art Museum, leaped over anxiety, and made it into my first interview.

On my own in the bustling city, I discovered that the trick to growing up is taking responsibility.

You have to be the one who texts first, checks when the train arrives, buys a bus ticket, wakes up at 7am for work. And it goes further. You have to apologize. Accept that some folks won’t like you. Make an effort to befriend everyone, not just people you think will reciprocate. Because you never know what kind of crazy weirdo you’ll absolutely love spending time with.

For someone so sheltered, this was huge. I strayed away from substances because it seemed ridiculous to spend my parents’ hard-earned money on my own vices. With people I’d bonded with out of the blue, I found happiness in gossip-free relationships without the guilt of not liking my mom’s best friend. I became comfortable with asking for help, driving, working, visiting new places, overcoming anxiety, talking to strangers, wearing wacky clothes totally out of fashion.

It didn’t matter how many things I got to cross off of my “Never Have I Ever” list. Instead, I got the satisfaction of wonderful friendships and the confidence that I can survive alone. That was growing up, as I realized. That was when I knew I was on the path to somewhere.