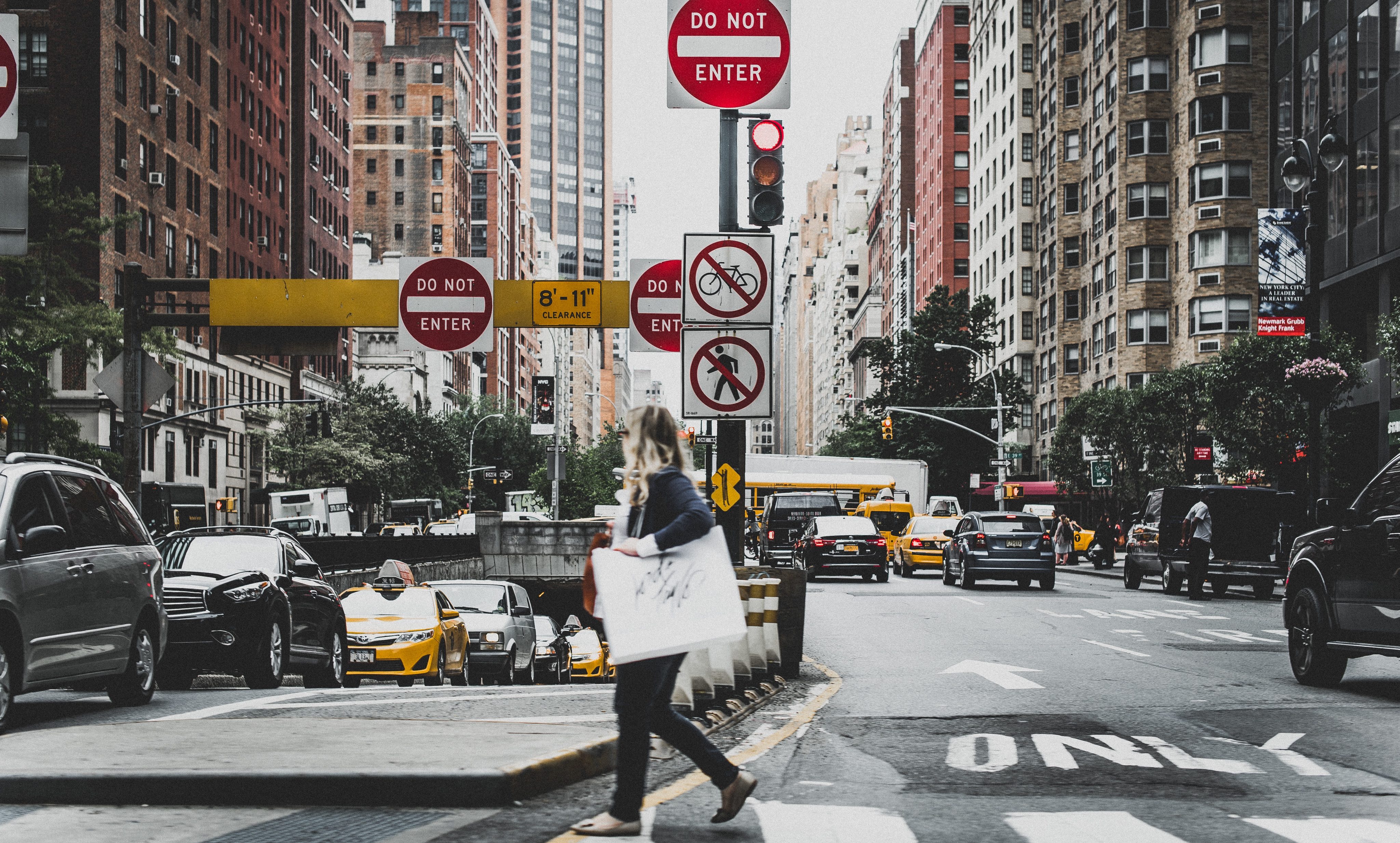 As I raced down the streets of New York City with the buzzing noise of conversation and public transit in my ears, I heard a guy yell at his friend: “Everyone’s moving fast, so we gotta move fast!” Little did he know he had just summed up the city in its entirety. I didn’t fall in love with New York because of the buildings that can touch the heavens, the to-die-for views, or the amazing food. I fell in love because of what I like to call the New York City vibe.

When I’d wake up and roll out of bed — at the ungodly hour of 5am just to pack everything I could into the day — I’d look out the window of my hotel room and see the madness that is Times Square. No matter what time you look at Times Square, it’s always bustling with people. When I was ready to start my day, I’d head outside, walk through the epicenter of Times Square, and then I’d hop on the subway. With my latte and my metro card in my hand, I felt on top of the world — as if I knew what I was doing and where I was going. I felt independent as I ran past my parents to slide my metro card and hop on the N train. That is, until I spilled my latte all over the pee-stained subway tiles. New York has the power to make you feel on top of the world or under it in a minute.

As you can imagine, at 7:30 the subway is a great place for people-watching. All the businessmen have their briefcases full of god knows what, and cute hip youngsters in their 20s stroll on their way to the farmers market and brunch. The occasional suspicious character also stumbles around, but what would New York be without them? As you zoom through stop by stop, slowly inching toward your destination, you catch the occasional gaze of someone standing on the platform before they become a distant blur.

When you finally reach your destination and exit the subway, you are met again with the foul stench of pee and sweat, which quickly disappears as you climb up the stairs into the real world. When you reach the top, you can’t help but do a full 360 and absorb all of the views around you. Then, you suddenly realize you are a part of the fast pace that everyone else is moving at. You become a part of the blur with the rest of the 1.6 million people in Manhattan. I don’t know how you don’t fall in love with New York.

But that’s the environment I love: the fast-paced, constantly moving and changing and growing environment. That environment inspires me to do the things I want to — to accomplish my dreams. That environment motivates me, but maybe it doesn’t motivate you, and that’s okay. Although this is my love letter to New York, I mostly just hope that everyone lives in a place that they are completely in love with — that you wake up in your small hometown in Iowa or in an apartment in Los Angeles and you are motivated to get up and accomplish the goals you’ve set for yourself that day. If you aren’t in a motivating environment, you can’t thrive. You deserve to flourish, and you deserve to be in love with where you live. You aren’t stuck.

Write your love letter to the city that has your heart.