This month at Germ we’re embracing our passions. Being female, a lot of things are harder to come by — equal pay, control over my own body, general respect, etc. — but one thing that shouldn’t have to be a challenge is pursuing my passion and ultimate goal of being a writer. Obviously, I’m ahead of the game as a 15-year-old staff writer, but the journey is still going to be challenging.

Being successful in any creative art is difficult, but since writing is often driven by intelligence and wit, it took much longer for women to be respected as novelists, screenwriters, and journalists. As a gender, women are much better off than we were as little as 50 years ago, especially female writers. I would like to take the time today to write a thank-you letter to the women who have paved the way for me to be successful, in the same way that I wish to one day pave the way for coming generations.

Dear women writers of the past and present,

First, some general thank-yous. Thank you for having tough skin and bright eyes, for your perseverance and belief in yourself, and for never letting outsiders’ views stop you from bringing light, darkness, and everything inbetween to your writing. Thank you for doing the unthinkable; education was very inaccessible for some of you, but you made it work, and you made art that has been treasured for years and years. Thank you for having an imagination (I’m talking to you, Rowling); with your daydreaming and creativity, you not only made a better world for your characters, but you imagined yourselves into a world where you were successful. Thank you for telling the truth; fiction or not, there were always nuggets of truth and wisdom that only a woman could pass along in the most artful of ways. Over all, thank you for doing what you loved and for allowing people like me do what we love.

I would now like to address some personal heroes of mine. You guys rock.

Journalist-to-journalist, you’re an absolute legend. Mental health advocate to journalist, you’re still an absolute legend. When you went into that insane asylum and dropped one heck of a truth bomb on America, you blew my mind away. It is so important that you did that; I hope you realize that. So many people are safer because of you. The public became aware of the maltreatment of the mentally ill, and no 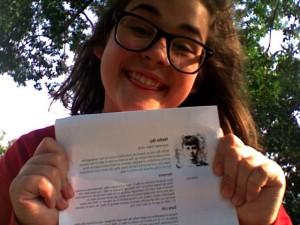 w there are so many treatments and resources for them. Thank you for that.

Also, thank you for showing that girl journalists — and girls in general — are capable of such heavy-duty tasks. Female journalists of today who are dressed in low-cut dresses and styled with wind blown hair by local news producers need to remember why they became journalists — to do what you did. Your act of defiance and of bringing forth justice is why journalists do what they do — to bring news to the people. Thank you for being awesome.

Mary, the light of my life, thank you for practically inventing science fiction. You basically created nerds, and the world thanks you for that. Frankenstein is a truly iconic novel, beautifully crafted and human in a way 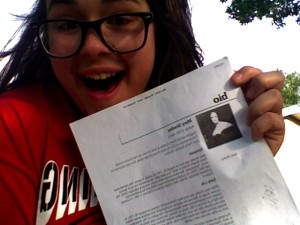 that only an accumulation of other humans could portray — not to mention the fact that you were 19 when you wrote it. I know 19-year-olds who have never had to mop a floor before, and here you are writing an international classic.

Thank you for reminding ladies for hundreds of years that you don’t have to be “grown up” to do amazing things. Also, if it weren’t for you, we probably wouldn’t have things like Teen Wolf, Star Trek, or The Walking Dead, so thanks for that, too. You did the world a solid.

My sweet, sweet angel. I feel about you the way Leslie Knope feels about Ann Perkins. I have so many things to thank you for, but if I don’t stay focused, I will turn this into the love letter to you I promised myself I wouldn’t make my editors read.

Thank you for bringing humor and possibilities to the modern era. Your writing is primarily off-paper and on-screen, and most people don’t recognize this as writing, but I do. Writing for th 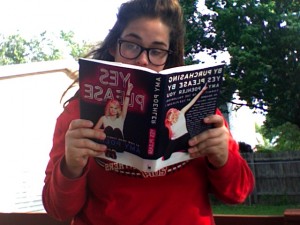 e screen is like making a living, breathing creature that millions of people get to nurture, raise, and support together. It sounds fantastic — which it is — but it also seems incredibly daunting. Thank you for making it appear so seamless and for creating characters who make me remember why I love to write in the first place.

Also, thank you for being a thin, blonde, American actress who portrays intelligent, kind, and flawed characters. I’m so over bimbos; I’m here for the Leslie Knopes of the entertainment industry.

Primarily, thank you for being an amazing human who made a name for herself through hard work, a lot of tears (I’m assuming), and the belief that you could in fact do it. Writer or not, any young girl should follow your lead in that aspect. Thank you, Amy.

When you’re on the long and potentially winding road to pursue your passion, don’t forget to thank the people who have made it possible for you. Take stock of your personal heroes and give them some gratitude. They deserve it.