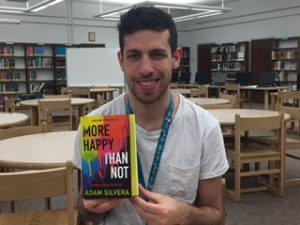 Adam Silvera is the bestselling author of More Happy Than Not, and his upcoming novels are History Is All You Left Me and They Both Die at the End. Silvera writes about everything from fantastical procedures to the struggles of being a gay teenager in today’s society. Read below to learn more about his writing process, his inspirations, and his passion for everything Harry Potter.

What first inspired you to write books for young adult audiences?

More Happy Than Not is about this teenage boy who’s trying to decide if he wants to peruse this new procedure to forget that he’s gay, because he thinks life as a straight teen would be much easier. I think that spoke more to a young adult audience. Also, I love YA. I’ve worked in children’s publishing, specifically with children and young adult novels, so it felt like a natural move for me.

What books, movies, or other forms of pop culture have influenced your work the most, and how?

I’m a reader because of Harry Potter. My book isn’t fantasy, but it’s what made me a reader. I became a reader later in life when I was about 19 or 20. Harry Potter has been a great literary influence in my life. In [regard] to what [inspired] More Happy, I love books by John Corey and Lauren Oliver; these are fantastic speculative novels that change a little thing about our world and almost create this fantasy picturesque narrative.

How did writing More Happy Than Not differ from that of your upcoming novels?

More Happy Than Not is more speculative: 90% realistic and 10% sci-fi. My next book, History Is All You Left Me, is straight up contemporary. [There’s] no magic [and] no sci-fi twists. But then my third book, They Both Die at the End, is also speculative. I’m bouncing back and forth. They’re all united because they are all narrated by gay teen boys.

How similar are you to Aaron, the main character of More Happy Than Not?

Aaron and I are pretty identical in a lot of ways. We have the same initials, we both grew up in one-bedroom apartments, [and] we both questioned our sexuality and what that might mean if we came out. I didn’t come out until I was 19, and I wrote this because I was curious to see what my life would have looked like if I did come out at 16. We are both geeky; I love Harry Potter and he loves Scorpius Hawthorne, which is the demonic version of Harry Potter. We had a lot of things in common, and it was very easy to inhabit that voice.

Do you set daily writing goals?

If you could choose one place to live for the rest of your life (fictional or real), where would it be?

Real, I would love to live in London or California. I’ve always wanted to visit London; I’ve never been there. I could hate it, but I doubt it. Fictional, of course I would love to live in the Harry Potter universe. I think I’d even be okay with living in the Hunger Games universe if I were properly trained for battle or if I was living in District 1 as a career. But that’s a very bleak world, so probably not. Probably Harry Potter, where you can have fantastical things but aren’t necessarily being recruited to try to defeat Voldemort.

If you could only have access to one book for the rest of your life, what would it be?

Probably Harry Potter and the Prisoner of Azkaban. I [also] have a very soft spot for Simon vs. the Homo Sapiens Agenda and Noggin’. I have so many books that I love: Mosquitoland, My Heart and Other Black Holes, An Ember in the Ashes, and Everything, Everything. It’s really hard to answer, but I would probably go back to my roots and bring Harry Potter with me because it was my first favorite novel and probably still is today. 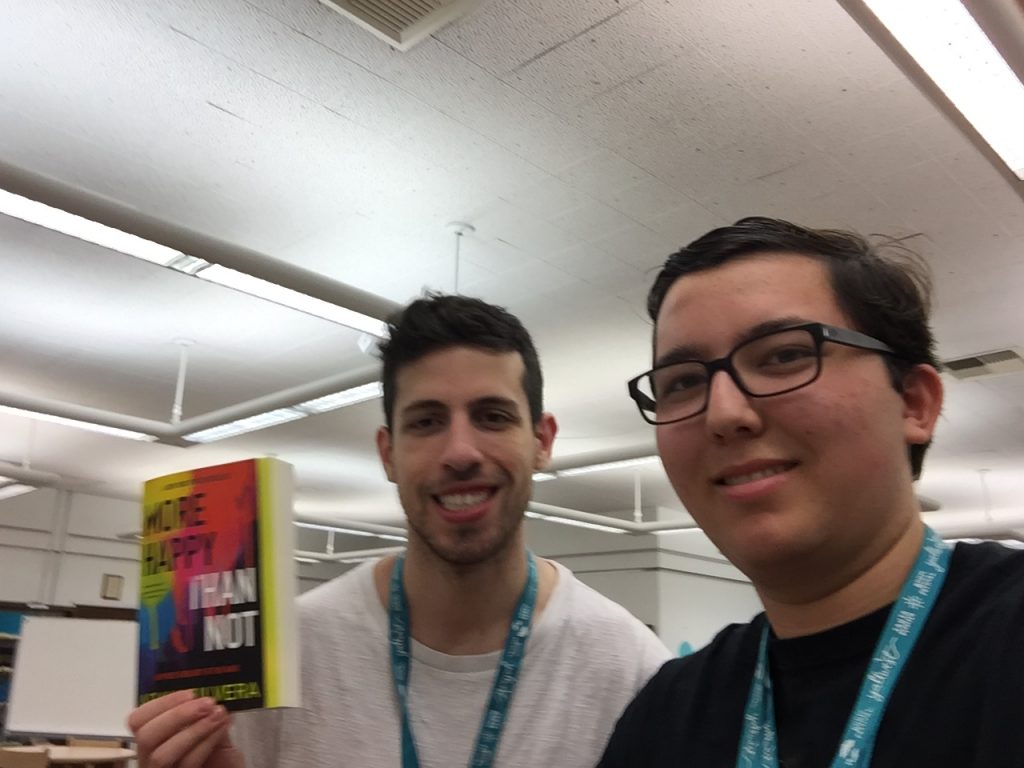 Definitely setting some sort of discipline is important. Whether it is writing three days a week or whether it’s 400 words a day. Find what works comfortably; there’s no one way to write a book. [Do] whatever works for you. Try a lot of different things, it’s all trial and error.