Crashing waves on the endless blue horizon, the skies from which rain pours after a long drought, this resembles his eyes that I involuntarily got lost in within the splitting of a single second. His demeanour was firm, yet his hands gentle — paging through his book. I had caught a glimpse of eternity before his eyes fell back onto the words in front of him.

My eyes scurried back to open pages in front of me, but the words swam around and drowned in the thought of the ocean I had just perceived. Peripheral vision has never been more advantageous. My eyes travelled from the top of his head to the very sole of his feet, soaking up every detail.

Dark brown hair lay askew, parted by the path between a glimpse and a stare. Neatly shaven and well groomed. The creases on his forehead paved the road for the experiences that aroused both anger and concern, reminding me about the unlimited spectrum of human emotion. His brows, set firmly in a rested position, equipped to follow the emotion that demands its support. Avoiding drowning, my eyes dashed away from his and fell atop his nose, studying its curvature. Softly flaring, it provided passageway to the sweet summer breeze to pass through, gently swaying back and forth identifying the distinct differences of smell that enter. Rosy cheeks pulled my eyes towards them, and they upheld their respectable state in the white picket garden they resided in. A small curvature just below the garden indicated the familiarity of a grin and the family bond of a well-worn smile. All protected by the dark brown shade of masculinity and highlighted by the definite angle of a jaw bone. Soaking in the fullness of his lips as they lay softly amidst one another, I must have imagined the faint accumulation of a smirk.

My eyes examined the curvature of his neck, still partially covered by his facial shade of protection. Its innocent demeanour: attractive. His shoulders set broad and firm, similar to a king on his throne, but also that of a father who were to catch his children after being airborne. His remaining upper body, hidden from perception by the faded collar shirt, unbuttoned atop for relief of constriction; neatly tucked in at the waist; folded up to the elbow. His forearm traced with trails of life, supplying each extremity with nutrients for survival. His hands: well-supplied. My eyes stayed fixed on them, interrupting the pace at which they were moving. Sturdy set tools that tell the tales of battle and war, both physical and within, both lost and won. Gentle fingers holding the pages, ready to create their own story instead of paging through another. Icy spaces between each, impaired from receiving heat from being laced with another’s. ‘Twas his hands that narrated loneliness, and the thought of it drew closer attention to his eyes.

Involuntarily my eyes met his, and I finally saw their ability to hide. Hide the drowning soul as it was anchored too firmly. Hide the lonesome heart that was gloomed by the rain. My mind belatedly reacted to his eyes meeting mine and staying fixed. Yet my eyes could not stray from the cry for release from solitude that his eyes bore into my soul.

Before I could pry my eyes from their destruction, I noticed that his eyes were closer than before, and intensity increased. Only upon returning to full consciousness did I notice that the chair next to me was no longer unoccupied, but fully owned by his masquerade of a demeanour. My words seeped into the ocean sitting in front of me, and my mouth failed to comply.

“Hi, my name is Chris,” he bravely admitted. His voice tender and comforting, tugging at the strings of my soul — urging me to dust off my sail and set out on the adventure of the raging waters that rumble within him.

Something Old, Something New by Jody Holford 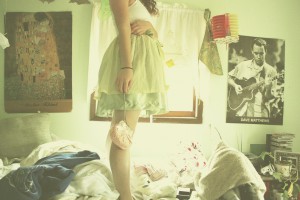