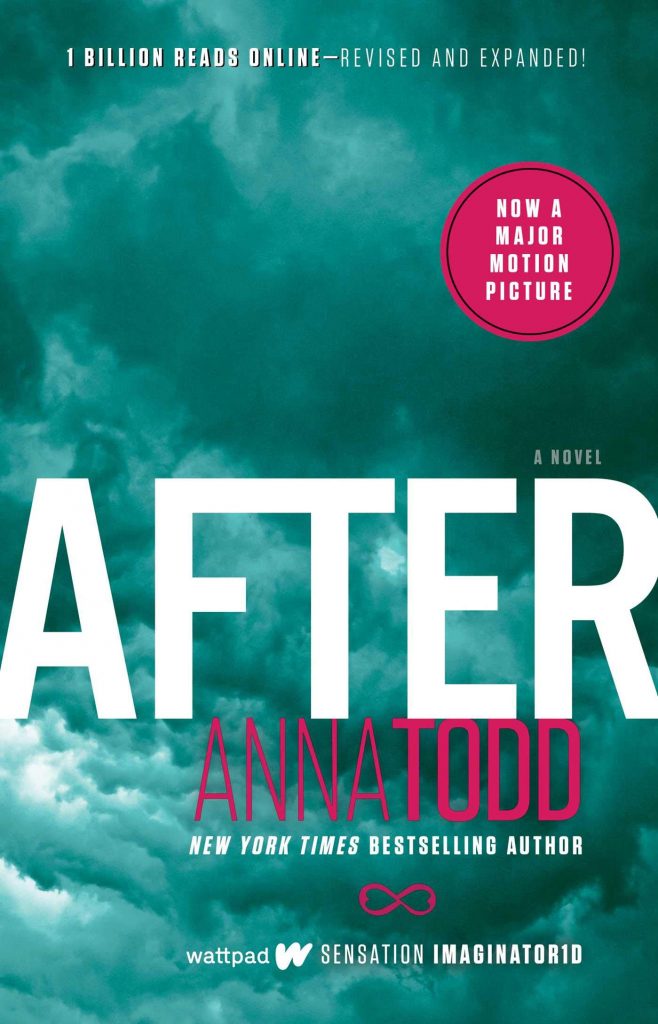 Tessa is leaving the past behind and going off to college, distancing herself from her high school boyfriend and her overbearing mother. She pictures a quiet existence of homework and seclusion, until one party—specifically one boy— changes her life. Filled with romance and intrigue, After is an unforgettable, blush-worthy tale of betrayal and secrets, a story that is certain to be a favorite guilty pleasure read for both older teens and adults.

When Tessa meets Hardin, she can’t stand him. He comes across rude and hostile, and she almost begins to fear him. But once the two become acquainted, they are inseparable—their differences no longer keeping them apart. But with Tessa’s mother’s disapproval and Hardin’s complicated and conflicted emotions, the two face insurmountable odds and an explosively passionate relationship, one that Tessa would risk everything for. Raunchy, romantic, and enthralling, After is a passionate depiction of young love and the lengths to which one will go for love, no matter the cost.

Anna Todd is definitely not a brilliant writer as the dialogue and writing is almost laughable on nearly every page of After. Starting off on Wattpad as a Harry Styles fan fiction, After proves to be a bestseller but definitely not a profound or eloquent novel. But despite the lack of quality, I did find myself immersed in Tessa’s world and the drama that ensues throughout the first installment of this romance series, which is targeted at new adult audiences. There’s action, romance, and plenty of dramatic and chaotic situations that are certain to captivate a wide variety of readers. For readers who do decide to pick up a copy of After, be sure to read with caution due to the abundant and pervasive sexual and blush-worthy content—much more shocking material than I was expecting when I started reading. But for those in need of escape and a new addiction after Bachelor season, After will not disappoint.

With a film adaptation set to be released in April, After is certain to be the next phenomenon with young adult audiences. With a mysterious and passionate story, After brings readers into the confusion and chaos of adolescence and into the new beginnings and challenges of adulthood. Both exciting and romantic, After is a novel worth the read—though serious readers will be left constantly rolling their eyes with each page flip.