Some of you may remember the recent Sam Pepper incident and the bright, critical light it shed on sexual abuse in the YouTube community.

What you may not know is that this incident is sadly just the tip of the iceberg in a long, sordid history of famous YouTubers and sexual abuse scandals. One incident in particular involves famous British YouTuber/musician Alex Day, also known as Nerimon. 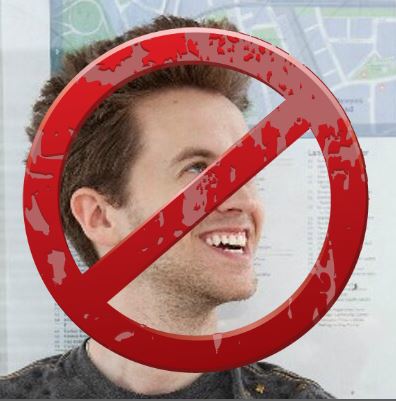 In March 2014, it came to light that Day had been involved in several instances of pressuring women into sex, hitting on underage fans, and alleged sexual assault. Once victims began to speak out about the abuse they suffered at his hands, Day released a statement on his blog (which you can read here), where he admitted his wrongdoing (for some allegations) and claimed to be “deeply ashamed.”  Once he did this, he all but vanished from the Internet and stopped uploading videos to YouTube, only resurfacing every once in a while to whine discontentedly on various sub-reddits and Internet forums (If you’re interested, dedicated tumblr user Erikalynae has put together a masterpost chronicling this entire incident from the beginning).

But the reason I bring this all up is because of what happened three nights ago.

PSA: If you want to waste thirty minutes of your life and feel vaguely sick to your stomach, then watch the video here because it’s not  uploaded from his channel and therefore won’t add to his viewer count or put money in his gross, abusive pockets. If you don’t want to put yourself through this (trust me and save yourself!), then skip on past it and keep reading.

Now, the problems with this video (aside from being THIRTY MINUTES LONG) are numerous. To summarize, he acts as though this is his first opportunity to “speak out” and “share his side of the story,” even though he had approximately six months to do so and chose not to. And for one thing, he already did share “his side of the story” when he posted a blog entry ADMITTING THAT WHAT HE DID WAS WRONG. But, apparently, we are all supposed to forget his admission of guilt because, in this thirty-minute monstrosity, Day essentially denies any wrongdoing and employs an arsenal of logical fallacies to make “his side” seem less damaging.

Now, you could listen to me rather incoherently rant about the contents of this ridiculous “I’m More of a Victim Than the People I Sexually Victimized” video, OR you could watch a really well-done, well-framed, critical analysis of said video.

This video below is 15 minutes long, but it is well worth the watch. Seriously. In it, British YouTuber  neafcy deconstructs Alex’s entire thirty-minute video and lays everything out in a way that helps the viewer understand why it is so insanely problematic and ultimately useless as an “apology video.” Be warned: The video has profanity and — obviously — deals with difficult topics such as sexual abuse.

Alex Day has been a part of the “Internet famous” phenomena since he was 18. During these past few years, he garnered a position of power and subsequently used that fame to manipulate and mistreat his fans and other young women. We need to make him and others like him understand that they will not be allowed to abuse people and walk away from the responsibility and guilt that comes with it — such as Alex Day has attempted to do.

So, Mr. Day, you and your fellows — contrary to your delusions — are not the glue that keeps the YouTube community together. You are weeds that must be weeded or rotten teeth that must be pulled.

Do us all a favor, Gretchen, and stop trying to make your career revival happen.

It’s not going to happen.