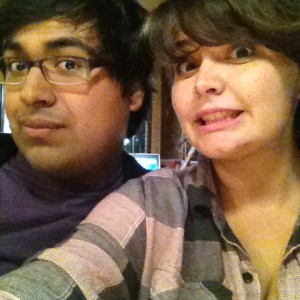 Anyone who knows me in the slightest could tell you that I am a socially awkward person. I literally only have four friends (which is the most friends I’ve had at one time, ever) and don’t really talk to anyone outside of them. I spend a lot of time by myself, and even if I am hanging out with someone, I am perfectly content sitting in silence with them. So, the last thing anyone in my life, including myself, would have expected is for me to have a boyfriend.

Disregarding my wild year of kindergarten, I have never had a proper boy-crazy stage. Of course there have been a few people who I maybe had a small crush on, and there’s been a few who tried to ask me out, but I’ve programmed myself to automatically respond with “no.” Other girls would talk about their “dream guy” and even start planning their wedding, whereas it never seemed that important to me. It came down to the simple fact that nobody was worth it.

I have never been one to romanticize the idea of a relationship; the thought of it actually scared me. A relationship meant having to care about someone else and being considerate of their likes and dislikes and their wants and needs, which I am much too selfish for. It meant having to put an effort into being with someone and staying with them, which I am much too lazy for. Basically, I had determined that I was literally the worst candidate for a relationship. Additionally, I was perfectly fine on my own. I was not looking for a relationship. In fact, I avoided it at all costs.

But nothing ever quite goes as planned, does it?

Over the summer I started talking to a friend of mine from school, and it quickly became clear that we had an overwhelming amount of things in common. Making a good friend was already an adventure in itself. Good friend soon turned into best friend, and the plot thickened. All of sudden I found myself in a relationship, and I’m still trying to figure out how that happened. It took a minute for my mind to process exactly what was happening. I went through a tremendous amount of paranoia and doubt. I was already anticipating my inevitable heartbreak. In the simplest terms, I was terrified.  I had been telling myself for years that this was everything I never wanted, yet here it was.

I soon discovered that everything I was afraid of and all the reasons why I never wanted a relationship didn’t exist. Every problem I concocted in my head wasn’t a problem at all. This realization was oddly freeing, like finding out the monster under your bed isn’t real. I no longer had anything to hide behind because I didn’t need to hide. I could be my whole self around someone, not just part of me and not just the idea of me (which is a much too common tale in my life), and I learned that this is the way it’s supposed to be. I deserved somebody that could accept every part of me, good and bad. Everyone does. It’s a big part of what makes a relationship work. 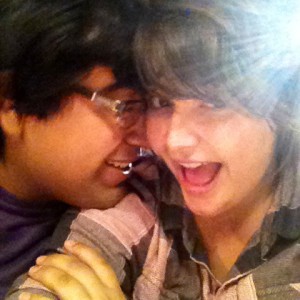 What I find most important and special about the relationship I’m in is that we really are best friends first. In addition to all the interests and hobbies we share, I can talk to him about anything, whether it’s really important or just random silly thoughts that pop into my mind, which is something I can’t say I’ve had with anyone else. I’ve never been good at communicating with people. I tend to just bottle everything up inside and never bring things up, until now that is. I often don’t have to say much at all for him to understand what I’m trying to say, which is great since I stutter and stumble over my words all the time. We have a connection that I can’t quite explain.

There was a perfect moment that really captured our communication. Since both of us are musicians, we decided to write a song together on a whim. We spent about 20 minutes working on it, him playing piano and me writing lyrics and singing. The song flowed and came together really quickly without us really having to talk or discuss things; it just happened naturally. I never shared such an experience with another musician. For me, it’s a great example of how our relationship works. Everything between us is very natural; we’re always on the same word, in the same sentence, on the same page. Even though I’m still a little scared, I couldn’t be happier to have taken the chance.