Animal testing is a very controversial and debatable topic, but what do we really know about it, and how do we really feel about its usage? For clarification: animal testing for cosmetic purposes has already been banned in the European Union, yet it is still allowed in the United States.

Now, it isn’t hard to at least understand why some people might be pro-animal testing when it comes to the medical reasons. It could save human lives. But is that really true? There are huge differences between humans and the animals that the products are tested on. For example, animals don’t develop the human AIDS syndrome. So, the use of animals for AIDS medications has been useless. Even though these differences do exist, there have been significant research benefits from using animal testing in the past. 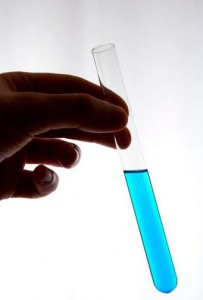 What makes the usage of animals for cosmetic purposes ethical, though? Would getting some new mascara on the market really be that important? Maybe not. If these companies don’t test the products correctly, though, there could be drastic consequences, and the products could be dangerous. However, this isn’t to say that testing is ethical.

It seems that there are some good reasons why animal testing could be used, right? However, there are also very sufficient alternatives to animal testing, believe it or not. One is in-vitro testing. People volunteer cell samples, and scientists make growth cultures from the samples. Products could be tested on that. There are also computer models that can predict the way in which the human body would react to a certain product.

I have two dogs and a cat. I cannot imagine purposefully doing anything to the three of them that would hurt them. The trust and love that they give to me is something that I cannot betray. And it’s not just about my beloved pets, but about other animals, who have feelings, too. I cannot justify hurting an animal, even a lab rat, for something a trivial as a face cream. My resolve does become shakier, though, when I think about research for a cancer medicine. However, I do think that the other avenues, in-vitro research or computer models, should always be attempted first, even for medical research.

Would you like to know how to avoid companies that test on animals? First, LUSH is a cosmetics company that is completely anti-animal testing, so that’s a good place to start. Also, there is an online list of companies that still test on animals. Beware: There are quite a lot. Some of the companies have different sectors that don’t test on animals, but this list is evaluating the organization overall.