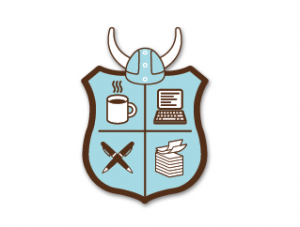 Hey, Germs! Another congratulations to everyone who participated in Camp NaNoWriMo.  It’s always awesome to try that sort of thing, and Camp NaNoWriMo is perfect because you can set your own goal!  But now July’s over and done with, and the next camp isn’t until April. However, the full National Novel Writing Month is approaching much faster than most people anticipate.  And, really, it’s NEVER too early to start planning.

So here are some tips for planning!

Figure out what you want to write

I know this seems like something SO simple, but a lot of people wind up scrambling for their story in the last week before the writing starts.  I like to have a firm grasp of what I’m doing well before the month starts.  The fact that I don’t have anything set yet is actually a bit weird for me!  So figure out what you want to work with. Fantasy? Sci-fi? Horror?  Do you want to write young-adult fiction this year?  Or do you want to venture into new adult? Some of that can change in the middle of the month, you know; things like young adult/new adult.  But you kind of want to know what genre you’re venturing into.

Another no-brainer, right?  I made a mistake a few years ago.  I had planned out all my primary characters.  Except for one.  My antagonist. When it came time to introduce him, I had to stop writing my novel and start figuring out his character and his relationship to one of my protagonists.  So plan all of your characters well before the month starts.  Don’t be like me.  Don’t force yourself to pause in the middle of your novel writing time.  For character-building, I do a detailed appearance and detailed personality.  It’s a fun little exercise.  I love getting to know my characters.

I mean “outline” in the absolute vaguest sense of the word.  I do one or two sentence descriptions of what I kind of want to happen in a chapter.  If it happens, awesome.  If it doesn’t happen, whatever.  We’ll see where the novel takes me.  Last year I wound up doing something that worked really well for me.  I did an outline, but I only planned out maybe 5-10 chapters at a time.  Once I caught up and had a better idea of what was going to happen, I planned out more chapters.  It was a nice mix of what I used to do (flying by the seat of my pants) versus what I’m trying to do now (be organized and plan in advance).

The novel writing may not start until November 1st, but it’s definitely time to start planning.  Good luck, Germs!

What to Do with Your Hands During an Interview