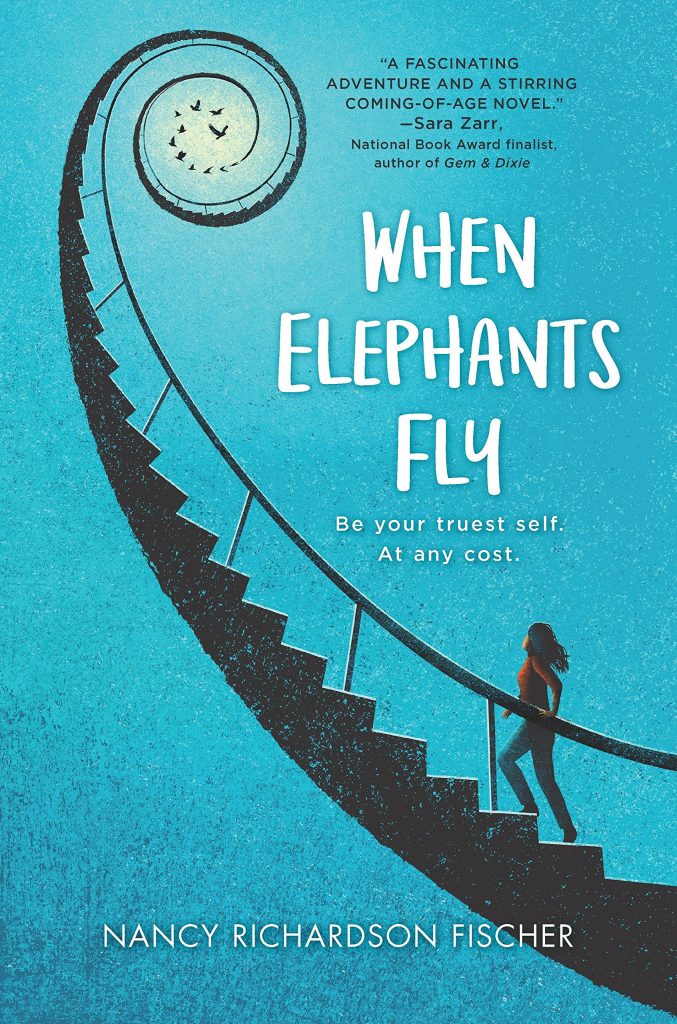 Two truths and a lie…

Figured out the lie yet? It’s impossible to know without knowing me, right? That’s the thing about people: We have no idea who they really are inside or the challenges they face.

All of my truths led me to write a novel, When Elephants Fly, about Lily, a young woman genetically at risk for schizophrenia who avoids anything that might trigger the disease. But when she bonds with a baby elephant violently rejected by its mother, Lily risks her freedom, first love, and sanity for a desperate road trip to save the calf and find her own wings.

When Elephants Fly revolves around perceptions, misperceptions, and the power of the words that shape us. When Lily was seven, her mom attempted to throw her off a rooftop. After her mom was convicted of attempted murder, a police officer said, “I really feel for the little girl. Crazy is genetic.” From that moment on, crazy is genetic became Lily’s mantra. She was certain that her mother’s mental health condition would be her own fate. As a result, Lily stopped truly living… until she fell in love with an elephant calf and later with a guy whom she assumed was a bad person based on a wrong first impression.

The people who love, teach, and befriend us form the truths that shape us and vice versa. So how do we avoid misperceiving them? Try harder to know them before making a judgment! Makes sense, right? The harder question is: How do we filter out the negatives in our lives and only hear the positives? Impossible! What we hear as little kids or teens stays with us our entire lives. When I was a kid and did something bad, my mom would tell me she loved me but didn’t like me. To this day, when someone is upset with me, I’m afraid I’m unlikable. A teacher once said I was smart but intellectually lazy. Whenever I don’t understand something, I still worry that it’s because I’m not trying hard enough. My two truths—and they’re impossible to forget.

But all is not lost. Disclaimer: I’m not a doctor or therapist—just a gal who has gone through my share of troubles and overcome some big obstacles. Here’s what I learned in my twenties from a brilliant therapist after spending too much time with not so brilliant ones who tried to convince me that positive affirmations (repeating things like I’m smart, pretty, and deserving to change your self-perceptions) were the answer to my problems. Ready for it?  Positive affirmations are bullsh**.

Hang on! I realize discounting the power of affirmations is a radical idea. If they’re working for you, if you see yourself through rose-colored lenses, don’t change a thing! You’re smart, pretty, deserving, and lucky!! If you’re like me, though, consider what I’m going to say with the caveat that free advice is worth what you pay for it.

Here it goes… Positive affirmations can’t change how we truly see ourselves. I can tell myself that I’m abundantly likable and brilliant a zillion times, but I still believe that I’m flawed and intellectually lazy. I’ll never convince myself differently because those convictions don’t change. What I can do is acknowledge how I feel, accept my crappy core beliefs, and then do what I want anyway! Lily in When Elephants Fly is sure she has no power and is totally undateable, BUT she still attempts to save a baby elephant and, in the process, falls for a great guy who is out of her league (she thinks). No spoilers! You’ll have to read my novel to see if that guy falls for her.

Bottom line? I don’t think I’m super smart, but I’ve written and published eleven books. I’m still afraid I’m unlikable, but I married a wonderful man. I accept who I am, even if my core beliefs aren’t true, and then I follow my heart, my dreams, and hitch my wagon to the stars I want to touch. 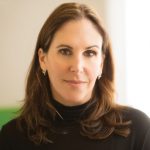 Nancy Richardson Fischer is the author of When Elephants Fly (published by HarperCollins/Harlequin Teen). She has authored multiple sport autobiographies and Star Wars books for LucasFilm. Her next novel, The Speed of Falling Objects (HarperCollins/Inkyard Press), will be published October 2019.