Welcome, Germ readers, to Badass Ladies in History: Black History Month Edition! I hope your month has been filled with amazing new discoveries of black excellence and accomplishments during this month of awareness and appreciation! With that said, I’m excited to introduce you to three incredible and badass women who shaped the Black Panther Party throughout the mid-1960s and early 1980s. During a time when ordinary men and women began to organize their efforts to seek justice for their oppressed minority communities, these women’s words and actions — and their utter fearlessness to fight against the struggle of oppression — is something that could simply not go unnoticed during this month of recognition.

The Black Panther Party is most notably known for its public persona of young black men in leather jackets and berets conducting police patrols with loaded guns by their side. And as much as this picture of the Black Panther Party is a testament to an iconic and radical moment in our US history, we cannot forget about the women of the organization who really became the spinal cord of the party throughout its years of operation. Although many of us have a certain picture in our minds of what the Black Panther Party was, the women who shaped the Party are a true testament to what it meant to be fearless activists for “Black Power” during this particular wave of the Civil Rights Movement. So, without further ado, here are our women! 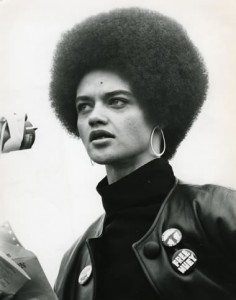 Kathleen Cleaver was born on May 13, 1945, in Dallas, Texas. As a young girl, Kathleen and her family moved and lived all over the world due to her father’s job in the Foreign Service.

Kathleen returned to the states in order to attend Barnard College, and she became immensely active in the Civil Rights Movement while she was there. In 1968, when she met Eldridge Cleaver, the minister of information for BPP, she left New York and moved to San Francisco in order to join BPP.

Kathleen was the first female to be a part of the Black Panther Party’s decision-making body, the Central Committee, when she became Communications Secretary. Her role was one that was incredibly public, seeing as she was the party’s spokesperson and press secretary. She delivered several speeches on behalf of the BPP, and in 1968 she played an integral role in organizing a national campaign to free the BPP co-founder and minister of defense, Huey Newton, from jail.

In several different footage clips of her speeches, Kathleen can be heard speaking on the oppression of the black community as well as speaking adamantly about her community becoming aware of the fact that their skin color, their hair, and their features do not need to be altered or changed in order to meet a certain societal standard. Their natural hair and skin are good enough, and, better yet, they are beautiful.

Fearing incarceration between 1968 and 1969, Eldridge Cleaver fled the states; Kathleen soon followed him to Algeria, where they remained in exile and had two children.

When Kathleen finally came back to the states, she decided to study law. She received her law degree in 1988 from Yale Law School and joined a New York law firm. Today, Kathleen teaches at Emory University and is still incredibly active in her community. She still speaks for the eradication of racism throughout the nation and has been featured in several film documentaries about the Black Panthers, most notably The Black Panther Party: The Vanguard of the Revolution.

Assata Shakur: The first female to be named on the FBI’s Most Wanted Terrorist List 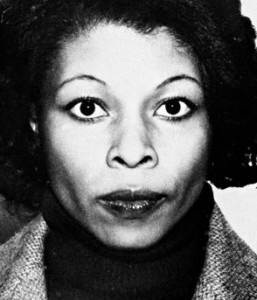 Assata Shakur was born JoAnne Deborah Byron on July 16, 1947. Assata lived and grew up during a time of deep-rooted political racism in the South with segregation and Jim Crow laws.

Assata became politically active during the early 1970s. When she became a member of the Black Panther Party, she contributed immensely to the Free Breakfast Program that was run by BPP, and she was heavily involved in both the New York and Oakland chapters of BPP.

On May 2, 1973, Assata Shakur and Zayd Malik Shakur were pulled over on the New Jersey Turnpike by State Trooper James Harper and Trooper Werner Foerster. After the meeting escalated to a shootout on the Turnpike, both Trooper Foerester and Zayd Shakur were dead, and Assata and Trooper Harper left the scene alive but wounded. Assata was accused of killing Trooper Foerster, even though Shakur maintains her innocence to this day.

According to Assata, she was shot in the back while her hands were in the air, which left her with no viable options of picking up a gun and shooting at the troopers. Assata spent six and half years in prison for the shooting, and during those years, she lived in brutal conditions. Her food was spat in, she was beaten, and she was even left in solitary confinement for 21 months. On November 2, 1979, with the help of three members of the Black Liberation Army, Assata escaped from prison and fled to Cuba where she remains to this day under political asylum. In 2013, Shakur was put on the FBI’s Most Wanted Terrorist List with her reward for capture being upped from $1 million to $2 million.

To this day, many people believe that Assata’s trial was incredibly unfair, and Assata still maintains her innocence, saying, “I am an ex political prisoner, and I have been living in exile in Cuba since 1984. I have been a political activist most of my life, and although the US government has done everything in its power to criminalize me, I am not a criminal, nor have I ever been one.”

Elaine Brown: Chairwoman of the Black Panther Party from 1974-1977 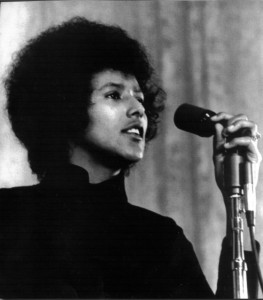 Elaine Brown was born on March 2, 1943, and grew up in North Philadelphia with a single working mother. Growing up, she went to a predominantly white school where she studied ballet and classical piano.

In her early twenties, Elaine moved to Los Angeles, where she worked at a Hollywood nightclub and met writer Jay Kennedy who helped her become politically active and aware. In 1968, Elaine joined BPP as a rank and file member. Eventually, she helped the Los Angeles chapter set up its first Free Breakfast for Children Program outside of Oakland, and she became the editor of the Black Panther newspaper.

When Huey Newton, co-founder of BPP, fled for Cuba in 1974, he appointed Elaine as the head of the party, making her the first woman to lead the male-dominated organization. As chairwoman from 1947 to 1977, she tried to make the hyper-masculine organization not only appeal to the needs of black men but also be inclusive of the struggle and aspirations of black women as well.

In the popular film documentary The Black Panthers: Vanguard of the Revolution, Brown says, “The Black Panther Party certainly had a chauvinist tone, and so we tried to change some of the clear gender roles so that women had guns and men cooked breakfast for children. Did we overcome it? Of course we didn’t. As I like to say, we didn’t get these brothers from revolutionary heaven.”

Although Elaine was met with opposition by male members of the BPP throughout her time as chairwoman, Brown is still seen as a figurehead and is known for her leadership and conviction to do right for all party members, both men and women.

After leaving the party, Elaine was still politically active in her writing, where she spoke on radical prison reform and even started her own nonprofit, Field of Flowers, which provides educational opportunities for African American children living in poverty in Atlanta, Georgia.

So, three cheers to the women of the Black Panther Party! There were so many more women of the BPP who dedicated their lives to the effort and the cause of civil rights activism, but who knows how long that article would have been. Thank you all for wanting to learn more about the amazing badass women who have paved the way for so many other women in this world. I will see you all next month!