There are many areas in which women can succeed, but the decades prior to 2017 made it a challenge. Many industries rejected female workers or hired them only for menial jobs, such as secretaries and waitresses. Hollywood was no exception. In an industry that wanted women to look pretty and play the part of the dumb blonde, the girl next door, or the sexy siren — it was difficult for actresses to get roles beyond those. Only a few women went past the gender barriers in Hollywood. Katharine Hepburn was one of those badass ladies in history.

Hepburn was not an ordinary actress, and she was not raised to be an ordinary girl. Her parents and her childhood shaped her into the strong woman she became both on and off-screen. 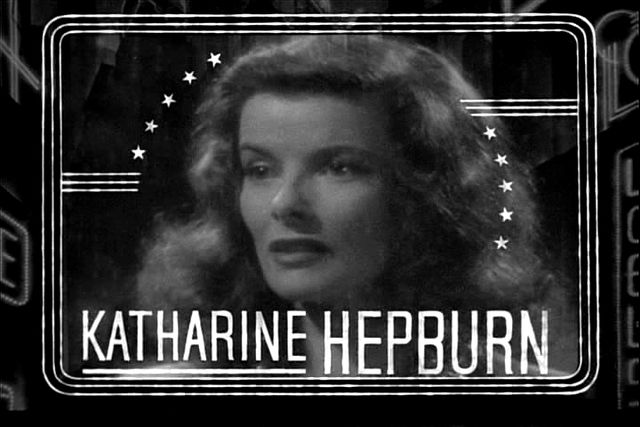 Katharine Houghton Hepburn was born on May 12, 1907, to a father who was a surgeon who helped raise awareness on the prevention of sexually prevented diseases and to a mother who was a suffragist and a strong activist of birth control. Being raised by liberal parents taught Hepburn to speak out and to learn and experience the world around her. At a young age, she was tired of being a girl, so she cut her hair and called herself Jimmy one summer. In an interview, she explained that “being a girl was really the bunk” and that there was “no bunk about Jimmy.”

After she graduated from Bryn Mawr College in 1928 and had small parts in theater plays, Katharine Hepburn had her first Hollywood screen test, which led to her role in the 1932 film The Bill of Divorcement. A year later she starred in the film Morning Glory, in which she played a performer who gets her big break but discovers the road from there is a struggle; for this role, Hepburn earned an Academy Award. In Little Women (1933) she played the role of a tomboy who dreams of being an author — which recognized her as a star “with a fierce intelligence unique among actresses of her stature.”

Hepburn refused many things, such as playing the typical Hollywood starlet roles and wearing makeup and anything other than slacks (at the time they were considered ungraceful and boyish), speaking to the media for interviews or being the center of attention. She was not afraid to speak her mind, to reject the press and fans, and to fight for the roles she truly wanted, even if she had “a series of poor project choices.” This caused her to receive the reputation of “box office poison.”

The rising actress appeared in Broadway plays and some films that were box office failures, but her success returned with the movie The Philadelphia Story (1940). She had appeared in the Broadway play of this film since the writer had written the role of Tracy Lord specifically for her, and she later bought the movie rights and returned to California. Once in Hollywood, she sold the rights of The Philadelphia Story to MGM with the condition that she would star in the movie. She got her way, and she starred with Cary Grant and Jimmy Stewart, earning the 1940 film various Academy Award nominations.

Katharine Hepburn’s career spanned more than 60 years and included 12 Academy Award nominations and four award wins, even though she never attended the ceremonies to receive her statues. Some of the most popular movies include the ones in which Hepburn acted: The Philadelphia Story (1940), The African Queen (1951), Long Day’s Journey into Night (1962), Guess Who’s Coming to Dinner (1967), The Lion in Winter (1968), and On Golden Pond (1981). In the order of these films, she played: a striving actress, a British Methodist missionary at the start of World War II, a drug addict, a mother who taught her daughter about racial equality but dislikes her future black son-in-law, an imprisoned Duchess, and an elderly wife. Hepburn’s role in The African Queen named her “an eccentric, independent and strong-willed ‘spinster.'”

The actress’s last movie credit was in 1994’s One Christmas, and in 1999 she was named “the top American screen legend of all time” by the American Film Institute. She died at age 96 in 2003 in the house she grew up in.

Katharine Hepburn was no ordinary movie star. She was a woman with the strength to reject stereotypical actress roles. An actress in a male-dominated industry, Hepburn did not think twice of playing the strong female characters or the ones with personal dilemmas. She got what she wanted, even the nicknames she didn’t expect.