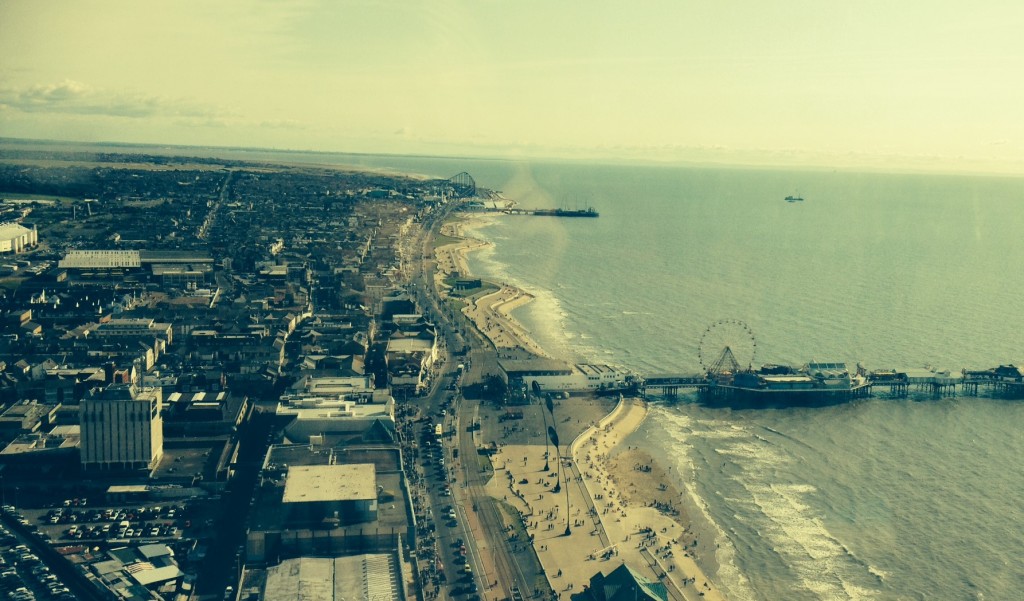 “I want to live here,” I said to my family as we strolled the streets of Blackpool.

My mother laughed at this. “You want to live in Cheesy Blackpool?”

It never occurred to me that the place could have a bad reputation. After all, isn’t it the most popular seaside resort in the UK? But, after doing some research, I found that my mum isn’t the only one who has her doubts: Blackpool’s tourist population has declined from 17 million in 1992 to just 10 million today.

I can understand why it’s not some people’s cup of tea. Looking around, I realised that Blackpool rightfully earned its reputation: It is cheesy. There were fortune tellers on the streets, along with women in stilts and feather boas. There were horses and carriages. And — worst of all — there were bad karaoke singers, disguised as cabaret. 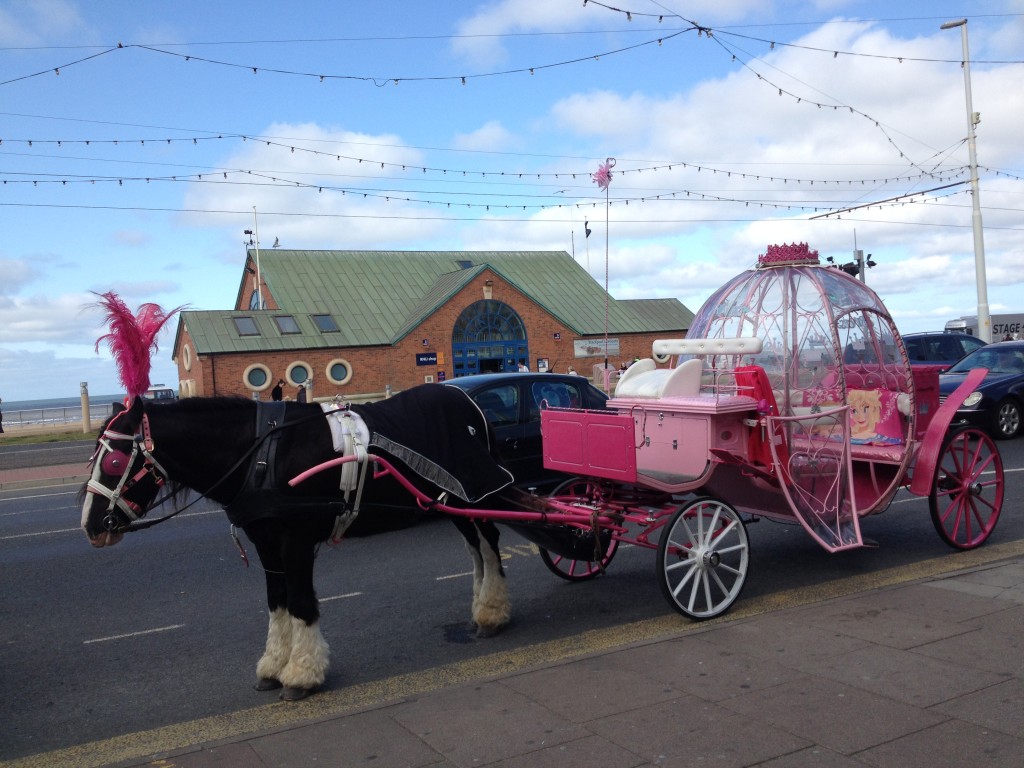 But there was also seaside and seagulls, blue skies and beautiful sunsets. The place was stunning. How could you not love it there?

We were only there for a few days, but I fell in love with it quickly. Of course, I knew why some people didn’t share my opinion. The town is a circus, what with its string of tourist shops, rides, and street performers. Its carnival-like atmosphere is like a strong cup of coffee: you either love it or loathe it. 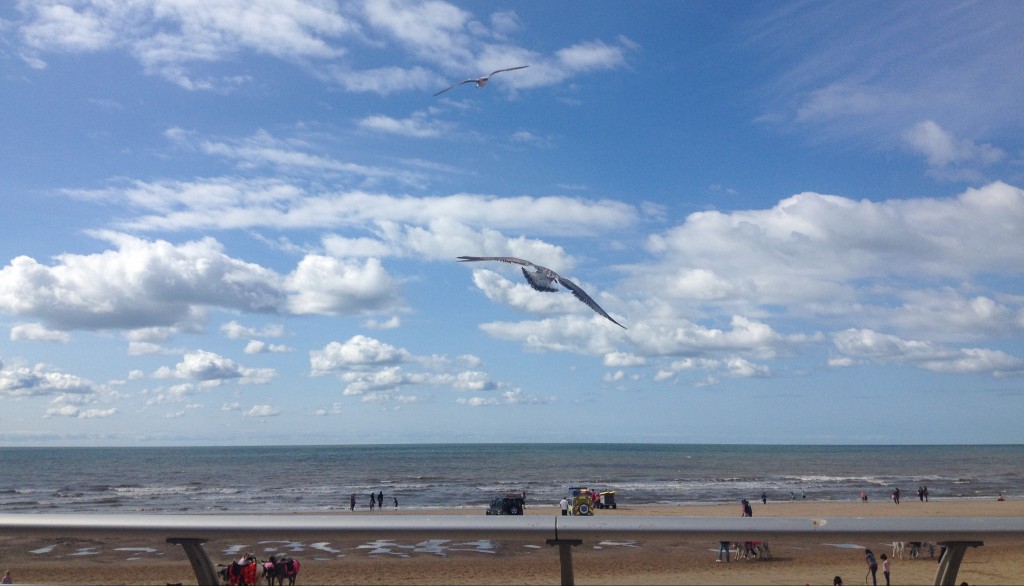 So, if you’re one of those people, I understand your distaste — I really do. But this place is so much more than meets the eye! Being so caught up in the tourism side of it all, you may forget to appreciate the little things the town has to offer. Maybe, just maybe, you need to change your perspective.

And what better way to do that than by a trip to the Blackpool Tower? It’s England’s answer to the Eiffel Tower (not nearly as appreciated, but maybe it should be).

Looking down at the tiny town, you see it all: the houses, the beach, the Ferris Wheel, the Winter Gardens, the theme park… everything. The town may be a circus, but it’s a beautiful circus at that. 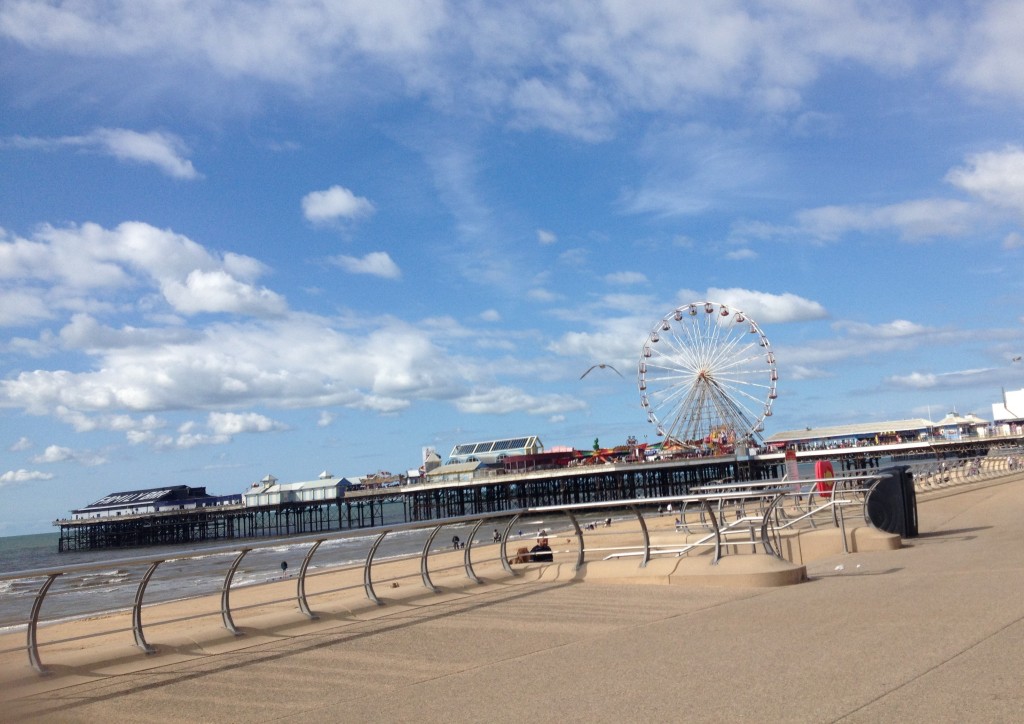 And if that isn’t enough to wow you, wait until nightfall. I was lucky enough to see the Blackpool Illuminations. Every year, the entire seafront — which is 7 miles long — is covered in lights. The usually black sky lights up like a rainbow. Not only that, but even the Blackpool Tower and the town’s trams get their own lights. I’m not exaggerating when I say it’s a sight not to be missed — no photo could do it justice — prettier than any Christmas light display I’ve ever seen.

Of course, you can’t visit Blackpool without undertaking some typical tourist activities. I visited Madame Tausades, where I posed with Lady Gaga and The Beatles. Then, I visited the Blackpool Dungeons — more funny than scary, but entertaining nonetheless. After that, it was time for a trip to Pleasure Beach Theme Park. Now, this is a place for all the family: rollercoasters for the big kids, Nickelodeon Land for the little kids!

But the best part wasn’t any of that. No, no — it was something much more special.

You see, I live in a big city. When I look up, I see buildings — not the sky. So, when I glanced out the window of my hotel to see the sunset, I was compelled. I left the building just to get a better look.

Magnificent: that’s the only word I could conjure. The sun wasn’t just the sun anymore. It was a blazing ball of fire, setting the sky alight. I never noticed how bright it was before: more red than it was orange.

And it wasn’t just the sun that took my breath away. There were as many seagulls in the sky as there were clouds. The air was so salty, I could taste it. The sea sparkled a hundred different shades.

I watched as the sun sunk into the sea, slowly, until it was swallowed completely. I couldn’t wait to see it again.

This may not sound like a big deal to some of you, but it was to me. The town’s natural scenery is something I wish my home had. But I suppose if I looked at it every day, I wouldn’t appreciate it as much.

Leaving the town, I realised that my mum was right; but, she was also wrong. I know what you’re thinking: STOP with the mixed signals! But it’s true. As we drove away from the promenade, we passed a shop called Booze Bargains.

You read that correctly. Unfortunately.

But then, we also passed fancy beach houses that looked fit for millionaires.

This was all in the space of five minutes.

So, what I’m trying to say is, the town is a contradiction — a juxtaposition, if you like. It’s about perspective, really. You can choose to see either its flaws or its assets. Some people see madness; others see genius. Some see ugly while others see beauty. I see sunsets; others see so many tourists. Everyone has a different set of eyes, and so we will all see things differently. And that’s okay.

The town is like life: It is what you make it. 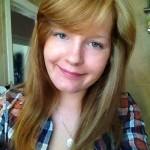