Various girls in elementary school: Have you seen the new boy?

Girls: Some new absolute dream boat just walked into school. They say he is a bad boy, like the baddest of the bad, some kind of foster kid that nobody wants. He’s sooooo dreamy…

Then a cacophony of “Mine! He’s mine!” followed suit with every girl in the school craning her neck to peer into the principal’s office. I just walked on to class, not caring about this “new boy.” I had more important things to do, like convincing Bobby Wilder that I was the coolest and most beautiful girl in school. I needed to make Bobby Wilder fall in love with me. I had no time for this new boy.

Everyone was eating their whipped peanut butter and jelly sandwiches, which really looks like pink goop slapped on a piece of non-nutritious white bread. I was staring at this non-food item when suddenly all the girls started rustling and whispering, “There he is! There he is! Just look at him!”

Curious, I glanced over and caught my first glimpse of the most broken boy of them all. He was taller than other boys his age, very cinnamon colored in every way: cinnamon skin, cinnamon hair, cinnamon eyes. A cinnamon boy! I was totally entranced. Girls rushed over to him, and he just stared blankly at them, not knowing what to do. Mrs. Whitten quickly intervened and sent the girls on their way while the new boy stared at the pink goop “sandwich” and dared a nibble of it. He set it down and just sat there alone the rest of the lunch period.  My heart was in my throat, and I was thinking, “I think I might like to know this guy.” However, my chances of this were nil given that he was in 8th grade, and I was a lowly 6th grader.

I flipped over my pink goop and headed back to class, sure I’d never see the cinnamon dreamboat again. I would be wrong.

Two days later at Wednesday night church service — a meeting I utterly despised because it was so boring and devoid of any kids my age but was filled with little kids with their annoying runny noses and crying — the most awesome thing happened: the cinnamon boy walked in the door! I was singing in the youth choir, and in he walked. The sun caught his hair right as he entered with Nolan and Gloria, a married couple who couldn’t have kids. Instead, they fostered kids and were in the process of adopting one little girl.

I couldn’t focus on the song and spent the rest of the evening trying not to get caught staring at this wonderful specimen of boyhood awesomeness.

The next week at school, the girls continued to go 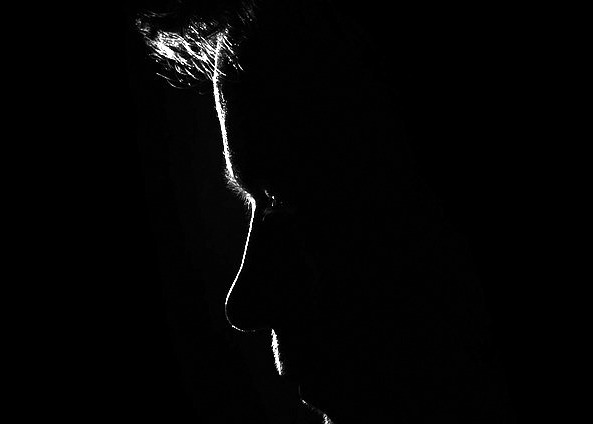 nuts over this guy like he was some kind of Beatle. I just kept quiet but anxiously waited for the next Wednesday night church service. To my delight, Nolan and Gloria invited my family over after church for the kids to play while the grownups played UNO. Cinnamon boy’s name was Jimmy, and he and I were the oldest in the group of about 8 kids. We had to watch them all while the adults played cards.

“What’s your name?” Jimmy asked as he leaned against the wall of the house, the sun setting behind his lean body so that I could barely make out his eyes and couldn’t tell where they were landing on me. “Julie,” I stammered, trying to sound cool but coming off like a dolt. My face became red hot as he asked me this, so I tried leaning down to pick a wild flower that was popping out of the earth. When I stood back up, Jimmy was right there, looking pointedly into my eyes. Startled, I jumped back a bit, and he laughed.

“You’re wired,” he chuckled, and he took off running after Johnny, the disabled foster brother Jimmy had just met a few days earlier. Johnny had a habit of running off, so it made holding a conversation with Jimmy all but impossible; but soon, Gloria called Johnny inside for his medicine, and it gave us a chance to talk.

“Why are you here?” I asked when the kids had all gone inside and left us alone in the darkness. Jimmy let out a sigh and then looked at me as if to size up whether or not I could be trusted. I was 11 years old; I’m not sure how much more trusting a girl could be.

Then he sat down and patted the seat next to him. For a 14-year-old he sure had a commanding presence.

“I’ve got nowhere else to go, I guess,” he said and then looked down at his shoes. “One day I was living at home with a mother, a father, and six siblings, and then the next day my mom was running and screaming down the road like her hair was on fire, and my dad just let her go. So I took off after her, and that’s all I remember. I just kept running and running, but I never could catch her. That’s what I’m doing here.”

I sat there in silence, just looking at this new cinnamon boy named Jimmy and wanting to hug away all his pain. But before I could say a word he asked, “Hey, have you ever been kissed before?”

“No,” I said and hung my head, not knowing what to do with the pounding in my chest.

And then in one fluid motion, Jimmy the broken cinnamon boy lifted my head  and gave me my first kiss. We would spend all summer stealing kisses and making promises, the kind you can only make when you’re young and nothing in the world seems like a real obstacle.

He would tell me how he was going to run away and come back to get me when I was 16 with a red car, and we’d get married and live happily ever after. And I’d believed him.

And then just as suddenly as Jimmy entered my life, he left it. He kept half of his promise: he did run away, but he never came back. On my 16th birthday, I had a party and kept looking out the window, wondering if he would keep the other half of his promise. He didn’t. It would be years before I heard from Jimmy again, and he would be even more broken than he was when he left me.