In high school, everyone tells you how it gets better in college, how so many of the issues that seem important now won’t matter, and how you get to start over with new people. For me, the part about starting over with people who didn’t know me sounded great. I am one of those kids who went to the same school from kindergarten to my senior year of high school, so the idea of becoming immersed in a community of people with no preconceived ideas of who I was or who I should be sounded almost too good to be true — and, in a way, it was.

My first year of college was horrible. Now, for all of you who are about to enter college soon, I don’t mean to scare you. I recently graduated from college – a few weeks ago, actually – and I can honestly say that the past few years have been some of the best of my life. I simply don’t include my freshman year in that assessment. 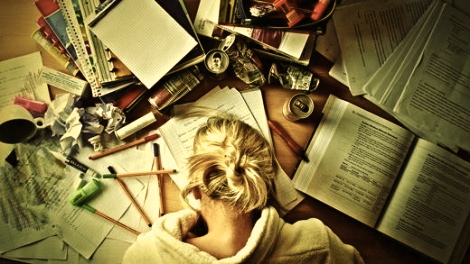 Part of this is due to the fact that, as a freshman, I didn’t win the lottery. There were only so many other people in my freshman class, and none of these people were destined to be best friends with me. Don’t get me wrong, some were great and still are, but some were commuters, and others were more of acquaintances — not exactly the people you feel comfortable bugging to hang out with you twenty-four-seven. They’ll be friendly, but you can’t help worrying that you’re annoying them.

There’s always a chance of befriending upperclassmen, but since I went to a small school, most of them had already grouped off, leaving one with the feeling of being an outsider despite some of their friendly demeanors.

However, it wasn’t the lack of friends that made my first year painful. It was my mistake in thinking that I had friends in my roommates. Roommates are usually a safe bet when trying to make new friends since you often share the common ground of not knowing anybody. This worked for me, too, until unparalleled drama arrived that I was not prepared for; I was pretty good at avoiding unnecessary drama in high school, so I was shocked to find myself in this type of situation in college.

There came a point when, seemingly out of nowhere, the group I had been hanging out with began the nasty habit of talking behind people’s backs. This is when I realized that my roommate’s friends were no more than that — my roommate’s friends — even though up until this point I had believed them to be my friends as well. I didn’t want any part of it, and I no longer felt welcome in my own room; I felt alone, betrayed, and cautious, not able to trust those around me and not wanting to be judged for anything I said or did. I had the luxury of living close by, so I took the opportunity to go home most weekends, sometimes as early as Thursday after my last class of the week.

While there were a few amazing people I met who helped me get through second semester, I became more confident and comfortable my sophomore year when I got new roommates and met some new students who would become some of my best friends at school. They, along with other new students arriving my junior year, still remain some of my closest friends.

All this to say, don’t be discouraged if college isn’t the amazing world you had thought it would be. Don’t lose heart if your first year doesn’t go smoothly. It gets better. Sometimes it takes time for good things, or good people, to come your way. Every year is a new start, not to mention every semester. New students, both freshmen and transfers, come in every semester, and every fall and every spring you start fresh with new classes, new professors, and new classmates – unless you went to a small school like I did, in which case you’ll see many of the same professors and classmates (depending on your major). 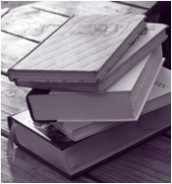 Be open and willing to meet new people. You never know when you’ll meet that one person or that one group who will make it all worthwhile; then, let the good memories really begin. A quick piece of advice if you’re naturally shy and somewhat studious like I am: Go with the flow and take chances. Your homework will still be waiting for you after you join your friends or roommates for a late-night food run. Figure out how to balance your academic life and your social life so that your work still gets done, and you still get to make memories that will last a lifetime.

Enough about me. Did you have any bad experiences your first year of college? Whether you lived in dorms or commuted, was the transition to college easy or difficult for you? If you’re about to enter college, do you have any questions, fears, or expectations about what you’re getting yourself into?