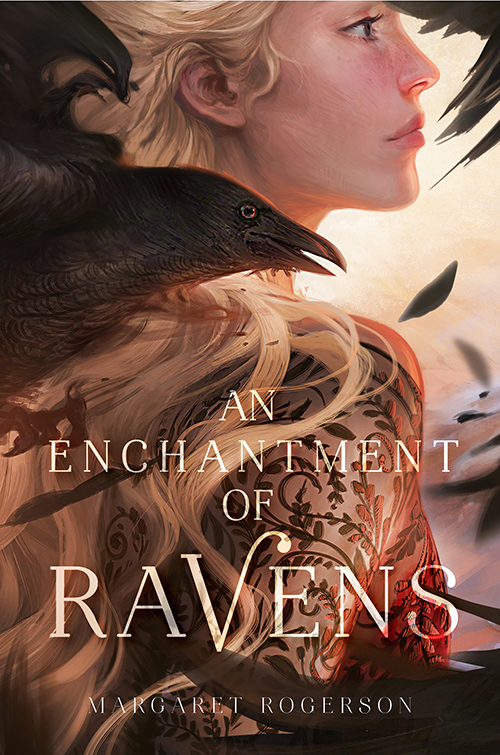 With an artist for a mom, I grew up familiar with the smells of turpentine and linseed oil, and I learned to use a staple gun earlier than most kids my age. My hands weren’t strong enough to stretch canvas, but I was good at folding down the corners of the fabric and stapling them to the wooden canvas frame while my mother pulled everything tight on the opposite side. She was always mysteriously dissatisfied with her framing clamps, so making new canvases was a sweaty two-person job.

I knew I wanted to write a Robin McKinley-esque heroine in my novel, An Enchantment of Ravens. So I created Isobel, a capable girl who’s always busy doing something productive with her hands. I also knew that whatever her “Craft” was, it had to be capable of affecting her patrons, the fair folk, in a powerful way, and the decision to make her a prodigy oil painter was a natural one.

But the truth is that while I like to draw, I’m miserable with colors. When I was in middle and high school, my mom kept having me try different mediums in the hopes something would stick, and I still recall the unique agonies of each one. Watercolors wouldn’t stay put—I could only watch in helpless agony as each stroke bled across the page, sprouting invasive tendrils through the grain of the lumpy paper. Acrylics turned tacky as the paint dried, with a texture like partially congealed tar. And the less I say about pastels, the better.

To this day I’ve only ever done a single oil painting, on a canvas I made myself, alone, with framing clamps, and the tension in the canvas is awful—I understand why my mom hates those clamps now. It’s a painting of three goldfish flying through clouds. My high school art teacher sympathetically gave it a B minus, and it hangs shame-faced on the wall of my parents’ house. They like to move it around every once in a while, presumably to offend guests or to make me jump when I unsuspectingly turn the corner.

During my sophomore year of high school, assigned to create a portfolio for my AP Art class, I finally discovered my calling. It was highly specific: portraits in sepia pencil. I drew dozens of sepia portraits, and to everyone’s amazement, including my own, I was very good at it. With each portrait I drew, I improved dramatically. I started sneaking off to the art room during lunch and recess so I could continue working without interruption, relishing the vast expanse of empty tables and the almost spiritual quality of a normally busy place transformed by its abandonment and silence. Sometimes other students snuck in to see what I was working on, but most afternoons I was alone with the portraits, watching their souls come alive beneath my pencil. Thinking back on this, I realized that my protagonist, Isobel, would be a portrait artist who commits the crime of painting human sorrow in a fairy prince’s eyes.

The next thing I knew about my novel was that I wanted it to be a romance, a story of forbidden love. Isobel and Rook, the fairy prince, begin to develop feelings for each other as he sits for his portrait over a period of about a month. This turned out to be a fantastic set-up for a youthful romance because there’s something both lovely and excruciatingly awkward about having one’s portrait done. There is the long silence punctuated only by breathing and the scratch of pencil or charcoal. Then there’s the intent, constant staring, which is often funny and embarrassing and a little flattering for the subject. For the artist, at least in my experience, it’s an experience at once weirdly impersonal—when you draw someone, you shift between viewing them as a person and evaluating them as a collection of lines, shapes, shadows—and deeply emotional. Personally, when I reach a certain point in a portrait, I always discover that I’ve fallen in love with my subject in some way. I feel a profound affection for them that I find hard to describe. I think it’s impossible to stare at someone’s face for that long and not feel something for them, to not get a powerful and humbling sense of their humanity. Likewise, it must be challenging to sit for a portrait for weeks and not feel a shared sense of connection in return. Certainly this is the case for Isobel and Rook, in a world where the fair folk aren’t supposed to experience emotion, but her work gradually reveals otherwise.

In some ways the romance in An Enchantment of Ravens is as much between Isobel and her Craft as it is Isobel and Rook. It’s a love story about humanity’s relationship with art, and creativity and change, and how that not only makes us human but makes life worth living. Contrast this with the fair folk, who in the story’s mythology live forever at the cost of a meaningless existence. Despite their beauty, power, and magic, they cannot perform Craft. They jealously hoard everything from teacups to gowns to musical instruments like children surrounding themselves with toys, desperately hoping to feel.

What is true immortality, after all? Is it living forever, or is it creating things that matter? At one point in the book a fairy reveals to Isobel that his kind don’t consider themselves to be the immortal ones. “When we finally reach the end,” he tells her, “we are unloved and alone, and leave nothing behind, not even our name chiseled on a stone slab. Yet mortals, through their Craft, are remembered forever.” 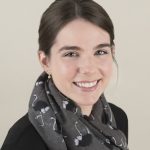 When Margaret Rogerson is not writing, she can be found drawing, reading, gaming, making pudding, or creeping through the woods in search of toads and mushrooms. She enjoys collecting odd scarves and watch more documentaries than is socially acceptable (according to some). Currently she lives just north of Cincinnati, Ohio, but one day she would like to live next to a forest that gets darker at night than it should and makes strange noises during the witching hour. She enjoy all things weird and unsettling.  An Enchantment of Ravens is available for purchase September 26, 2017.