Hey, Germs! In this post, I’m going to be talking about some things that I haven’t really talked to people about in a long time —  mainly because I thought I had things under control (spoiler alert: I totally didn’t) and because I didn’t think it was anyone else’s business but my own. 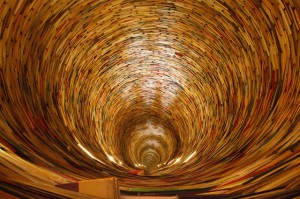 Alright.  I was diagnosed with ADD (or inattentive ADHD as they call it nowadays) when I was about thirteen years old.  I was on medication until I was fifteen years old.  I made the decision to stop then because I was hitting that “too underweight” point, and I didn’t like how I felt anymore.  For explanation purposes, let’s just say that I felt more like a zombie than a fifteen-year-old girl.  I’ve been off medication for about ten years now.  I’ve been really struggling with the symptoms for awhile, though, so once I have insurance, I’ll likely be going back on medication because I’m tired of letting this interfere with my daily and professional life.

So we’ll get the disclaimer out of the way.  I’m not speaking for everyone with ADD/ADHD.  I’m speaking on my own personal issues and difficulties coping with this.

That being said…let’s move on.

It really isn’t.  Sometimes I like, or at least appreciate, that my brain functions in a different way than most people’s.  I feel like it helps me see things that others might not be able to see, find interesting solutions for problems, or just point out issues with various things that might not have been noticed by someone whose brain functions more typically.

I also come up with new ideas really easily, especially for my creative ventures.  I have an idea, sit down, write some stuff on it, and come back to it at a later date when I’m not swamped with projects.

I’m also able to work on more than one project at a time, which is really nice.  The last time I posted about dealing with this sort of thing on my personal blog, I mentioned that I had long since given up on working on one thing at a time.  It just doesn’t work for me.

And every once in a while, hyper focus comes in like a radiant sunbeam, and I’m able to get ALL my work done.  It’s glorious.

So there are benefits to ADHD as well as detriments.

Obviously, if it was all bunnies and kitties, then I wouldn’t be talking about it here.

You don’t get to choose when you hyperfocus.

Hyper focus is wonderful.  Hyper focus is everything it sounds like.  You’re not just focused, you’re zeroed in.  You are efficient. Work is getting done.  Everything is coming together, and it feels great.

Downside?  You have absolutely no choice when or what you hyperfocus on.  Like right now, I’m desperately trying to get this post done, but my mind is focusing on basically everything but this.  Again, this post has been sitting in my drafts for months.

Sometimes you sit down with the mentality of “YEAH, TIME TO WRITE. HELL, YEAH,” and you then promptly start researching black hole theory.  You want to write, but you’re focused on black holes, and there’s nothing you can do to stop the need to research black holes.

Knowing what you want to do, but being unable to focus enough to work.

This is what kills me.  I’m trying to be a mature adult and write my novels and make a living and a career in a really difficult industry.  I know that I need to work consistently every day and be marketing and promoting and everything.  And most of the time, these are things that I want to do.  Well, I guess that’s iffy on the marketing and promoting because I feel like I’m bothering people when I promote my books.

But getting to the meat of it, there have been plenty of times that I’ve sat with an open word document, watching the cursor flash at me.  I know exactly what I want to write,  I know how I want the words to go,  and then I go and do something else.  Sometimes it’s something else on the computer, other times I just go off and do things away from my computer.  What? Want to write? No, time to do all the laundry.  Or maybe I’ll take a shower.  Yeah, that sounds good.

Some people might view this as laziness, but I know when I’m being lazy.  That’s a deliberate choice.  I’m not being lazy when I want to work but just can’t get my brain to cooperate.

Feeling worthless because of the symptoms.

This is the other part that really gets me.  I’m my own worst critic. I always will be.  I’m way harsher on myself than I am on anyone else.  When I’m going through a slump where I can’t get my mind to cooperate, when I can’t work…I feel utterly useless and worthless.

I love writing, and I can’t even focus on that.

It makes you feel stupid, like you can’t do anything even though you know you can.

This was a really long post, but this is how I often wind up feeling.  It’s not all bad…there are benefits.  I’m not sure if talking about this helped, but we’ll see.

Any other creative types out there who suffer with ADHD?  What are some of the coping mechanisms you use?