One girl runs out of the classroom when the health teacher pops a tape into the VCR about anorexia. One girl tells the foreign exchange student to buy some fucking deodorant in the locker room. One girl baked in the tanning salon so often she burned a crater into her face. One girl carves her boyfriend’s initials into her arm with a paperclip and started the trend. One girl still doesn’t know she smoked oregano. One girl drew a psychedelic mushroom on her stomach in suntan lotion and lifts up her shirt to show everyone the swirling pattern. One girl pulls her thong up above her pants and bends over at her bottom locker. One girl tells her lab partner to have fun on the roller coasters during the physics field trip, it’s okay, she’ll do all the work. One girl sends a Valentine to herself. One girl changes into her gym clothes in the bathroom stall every day. One girl has a hundred bracelets up her arms. One girl rips down her own student council election campaign when she sees what was drawn on her mouth. One girl spent the summer finally growing breasts and the rest of the school year trying to cut them off. 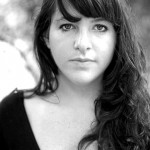 Megan Falley is a full-time writer, performer, and a two-time winner of the Write Bloody Open Book Competition. Her first full-length collection of poetry After the Witch Hunt was published in 2012. Her forthcoming collection Redhead and the Slaughter King is slated for publication in Fall 2014. Falley was featured on TV One’s Verses & Flow, a television show dedicated to showcasing the best in spoken word. In 2012, she represented NYC at the National Poetry Slam as part of the LouderArts Team. Her work has appeared or is forthcoming in The Rattling Wall, TheUncommon Core, and a party of online journals. Falley teaches an online poetry course called “Poems That Don’t Suck,” dedicated to improving the craft of aspiring writers. In 2012, she toured the US and Canada for 100 days in her car, reading poems. She lives in Brooklyn with a dog named Taco. Visit her online at www.meganfalley.com.