It’s going to be okay.  Sure, right now it doesn’t feel like it, but a little birdie told me that it will be. Those kids who whisper about you and make up rumors are just kids trying to fit into the same world that you’re so desperate to fit into. This doesn’t mean that them laughing and making you feel like crap is an okay thing, it just means their words are empty — like tokens for them to prove their popularity. 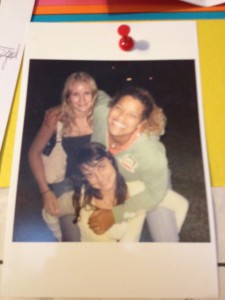 Being popular isn’t everything. It’s not even anything. Sure, you get a reprieve from being tormented for answering questions in class and being treated like a second-class citizen, but who wants to be a pretender? Really, those bullies that bad mouth you and poke fun at you are just pretenders who project their own insecurities and fears of being shunned from the popular group onto you. They’re secretly grateful that it’s not them being bullied since they know that the tables could turn so easily against them.

But you’re resilient. I could sense it when you first fell off the social ladder in grade nine, when your so-called friends turned on you for a comment you made because you were naïve. High school friendships are fun in those four years, but anything you say and/or do can easily become a weapon used against you. So, when the phone calls stopped coming in, and the boys looked at you like they used to before your transformation during the summer, you stuck it out.

I have to tell you, though, that you weren’t very nice for a while after your falling out with your new group of friends. I wish you would have respected others around you a bit more. I know it’s hard being alone in the overflowing hallways of adolescence, but not everyone around you is out to get you. Everyone always has someone, high school me, because others need someone, too. There’s always someone watching and caring, even if they never say anything. Don’t walk all over those who try to be your friend; not everyone is the enemy. 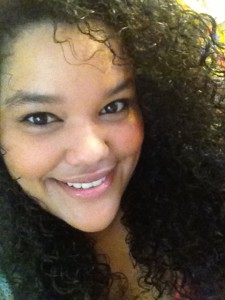 You will remember the way they treated you years from now. You will have people telling you to just forget it and move on, but it’s not that easy. How can you forget moments in your life that shaped who you are now? Cruelty is a lot harder to forget than moments of niceties. Being bullied is a scar we all wield since we are all victims of bullying at some point in our lives — by our friends, classmates, coworkers, teachers, or family — but how you grow from it, how you let that scar define you, is what truly matters. Will you let that scar make you a victim for the rest of your life, or will you let it make you stronger and want more out of life?

You are not alone, dear me, and you never will be. If you feel like the heavy pull of the black hole that bullying has left in your heart is too strong, then talk to someone. There’s always someone waiting, watching, and caring.