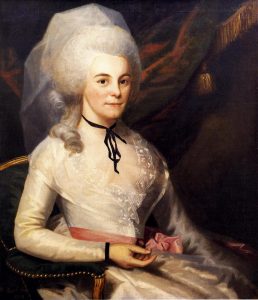 If you’re a Hamilton fan, you may know quite a lot about Eliza Hamilton already. Fans of the musical on the Internet have famously coined her a cinnamon roll, praising her for her incredible strength, bottomless kindness, and endless generosity. Through the many struggles she faced in her life, Eliza persevered, deserving her the title of a truly Badass Lady in History.

Eliza Hamilton was born in 1757, the second daughter of Philip and Catherine Schuyler. The Schuylers were a wealthy, well-known family in New York City. Eliza was schooled at home.

Her life changed when she met Alexander Hamilton, a young immigrant turned soldier. It was love at first sight on both ends of the spectrum. Eliza didn’t care about material things like her peers might have: for instance, Alexander’s low status or illegitimate birth. She loved him fiercely, and that was all that mattered. They were married in 1780.

During the Revolutionary War, the couple conversed through letters. Eliza Hamilton, inspired by her husband, quickly became interested in politics. Later on, her husband, who went on to become the first US Treasurer, often sought her opinion on his writings. She helped him write the early drafts of George Washington’s “Farewell Address.”

Eliza had the most faithful kind of love for Alexander. Even after it was revealed that Alexander had an affair, Eliza stuck by his side. This might seem like a weak move on her part, but it should be looked at as an example of her strength. Eliza must have felt terribly hurt and betrayed by the affair, but she learned to forgive Alexander for the sake of her children and their future.

Their bond as a family was further tested when the Hamiltons’ eldest son, Philip, was killed in a duel. Eliza and Alexander became closer again through their shared grief.

When Alexander was shot by Vice President Aaron Burr after an argument, he left Eliza and their children with practically no money. Eliza was left to rely on family and friends for donations. However, despite the fact that she was living in poverty, Eliza still strove to make a difference in the world.

She helped with charities, helped found the Orphan Asylum Society (New York City’s first private orphanage), and helped raise funds for the Washington Monument. She often took homeless children into her home and helped pay for the education of an orphan named Henry McKavit. She was even able to buy back the Hamiltons’ country house, the Grange, after the bank took it away. Until her very last days, Eliza worked hard to make her husband’s mark on history. She preserved his papers and took accounts from all of his fellow soldiers. She was loyal to him even when he was gone.

Eliza hasn’t been forgotten. Her orphanage still exists today, known now as a program called Graham Windham, which strives to help the disadvantaged children and families of New York City. She was one of the most selfless women in history, yet she’s hardly recognized. Thankfully, through the Hamilton musical, Eliza has reached a brand new level of well-deserved recognition. 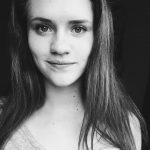 Sidney Wollmuth is technically sixteen years old, but her friends will tell you she’s actually an old lady in disguise. She can be found running abnormally upright, fretting over her millions of unfinished drafts, or eating cookie dough ice cream with a small spoon. Her poetry has been recognized by the Scholastic Art and Writing competition.