In second grade, she cut her hair,

and squeezing off a thick lock

in the middle of her forehead.

Her mother grounded her,

a statement her body

to do with as she chose,

but a display for others.

In high school, she shaved her head

explaining that it cleared her vision.

We were impressed by her courage

and refusal to play the role,

but we also understood this too

was a performance and knew by then

how hair served as an advertisement,

about who had begun 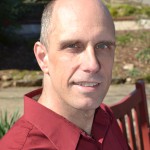 A faculty member at the University of North Carolina School of the Arts, Joseph Mills holds an endowed chair, the Susan Burress Wall Distinguished Professorship in the Humanities. He has published four collections of poetry with Press 53.  His fifth collection, This Miraculous Turning, will be released in September 2014.  More information is available at www.josephrobertmills.com and he blogs regularly at www.josephrobertmills.blogspot.com.

Christopher Wilson is an award winning Chicago based amateur photographer whose works have been published in books and magazines. To view more of his work, visit him on Flickr.