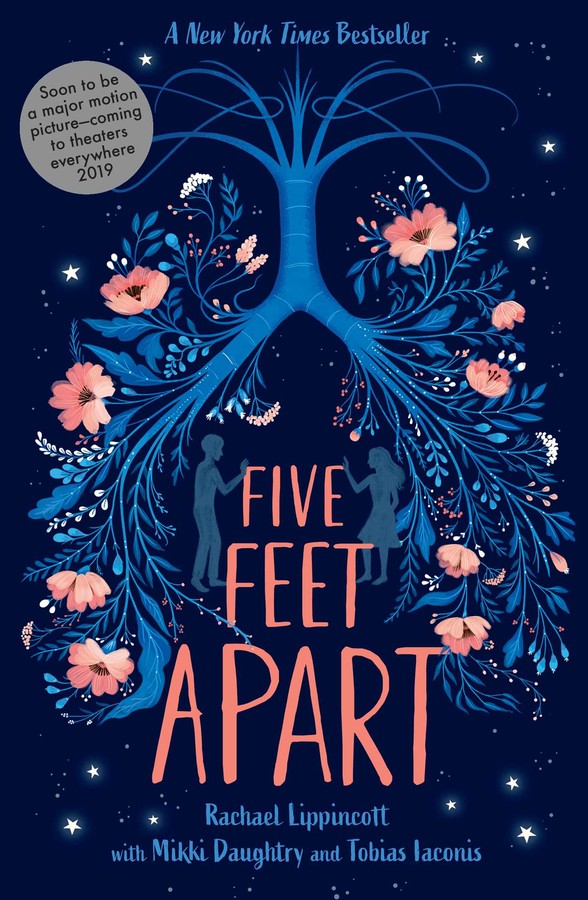 la and Will both suffer from Cystic Fibrosis—CF for short. Confined to the hospital and only experiencing the world from behind window panes, the two form an unlikely bond—one that could leave them both heartbroken and increasing the risks of their illnesses. Forbidden love, the pain of sickness, and the power of friendship are all present in Rachael Lippincott’s novel, Five Feet Apart.

Stella and Will have an instant connection, and their bond only increases since they both suffer from the same disorder—one that keeps them at arm’s length from the world around them. Stella, a perfectionist, continues to try to structure her world while Will is resolute on going out with dignity and confronting the fatal aspects of CF head on. The two begin to see the world through each other’s eyes, but as their relationship develops towards the romantic, they are ripped apart. They know that they have to stay five feet apart at all times or risk their chances of every recovering from CF. Through adventures around the hospital, unlikely friendships, and plenty of loss, both Stella and Will learn that some things are worth risking everything for and that a life within the confines of a hospital room is not a life at all. The two must choose to survive or to live in the moment and ignore the impending consequences.

Five Feet Apart is exactly what I expected it to be: a sappy tear-jerker that teen girls are certain to love. With similar qualities to that of Red Band Society and The Fault in Our Stars, Five Feet Apart explores teen relationships and illness through fresh, new eyes and expertly examines forbidden love. I personally enjoyed this story and found myself rooting for Stella and Will. Some readers, though, will finish the last page of this novel rolling their eyes and too focused on the cliched elements to enjoy Lippincott’s story. But for those looking for a touching, romantic drama, Five Feet Apart will not disappoint.

With a film adaptation soon to be released, YA audiences are certain to be eager to read the book before they see the film so they can experience Stella and Will’s story both on the page and on screen. Check out Five Feet Apart at a bookstore near you and journey with Stella and Will as they deal with their sickness and choose to love or to live.