Can you put a price on your virginity? You may say no, but a girl in Siberia allegedly did. According to an article in the New York Daily Times, the girl (who went by the name Shatuniha), desperately in need of money, listed her virginity on a Russian auction site for the hefty sum of 800,000 rubles. That roughly translates to the $25,000 range in U.S. money. 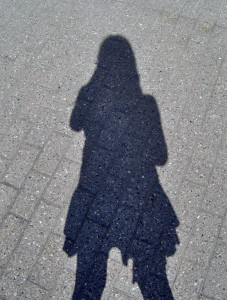 In the auction description, she calls her virginity “the most precious thing I possess.” But you have to ask yourself if she actually felt that way or if it was just a clever marketing ploy. Clearly this girl isn’t stupid; she knows that wording is everything in a situation. Granted, she probably could have just said, “I’ll let you pop my cherry for some serious cash,” and would have gotten a decent response. Virginity is a funny thing like that. Some guys see it as more of a challenge or a prize to be won. They pride themselves in being the one to deflower the girl; the man to plant his flag on the top of the mountain. I’d bet that those guys came out in droves to bid. But for every one of those guys, there are five more guys that are far more wary of taking a girl’s virginity. It is a great power being the one to do such a thing, and, as they say, “With great power comes great responsibility.” Despite what some would like to believe, sex is a very emotional experience, and some guys can’t deal with that.

No one knows how our friend Shatuniha feels about sex but her, but it’s clear that she knows that it is her greatest commodity. What does it say about society that an eighteen-year-old girl knows that her biggest bargaining chip is her body? And how mature is she to successfully be able to separate the emotions of sex from the physical act? I’m not saying that you can’t have sex and even lose your virginity without any sort of emotional connection, but to be able to monetize the act takes things to a different place.  In the end, a man ended up paying approximately $27,000, which was well over the asking price. No one knows anything about him, but I’m assuming he likes his girls virginal.

Apparently, all of this begs the question: Is this or is this not prostitution? The police in Shatuniha’s town don’t seem to think so. What makes this any different than standing on a street corner asking the same price? No matter how it is done, she is still selling her body to the highest bidder. Also, how does she as a young woman know what kind of a value to place on herself? Nowhere does it explain if the asking price was the amount of money she needed or if she adjusted for inflation or possible tax. Heck, she may have inflated the price to make a little bit of profit. However, it is unlike prostitution because I’m (safely) assuming she would have had to accept the highest bid, no matter what that was, and couldn’t set a definite price. What would she have done had her needs not been met? She couldn’t very well go back on her promise. That’s where something like this gets risky. When you treat sex as a business transaction, you are binding yourself to a contract. Who’s to say what would have happened if she had changed her mind? Of course, this is all a lot of speculation since we know that she did in fact go through with her end of the bargain, but it does make you think about what would happen had she not.

Despite all of the possible outcomes of her actions, I think you have to admire Shatuniha; it takes a brave young woman to be strong enough to make such a timely and important decision about her life.