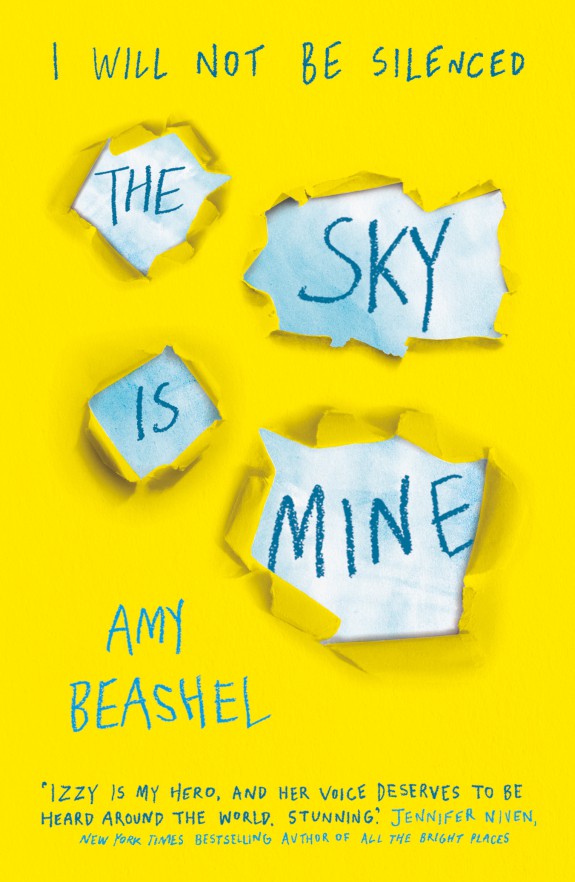 The Sky Is Mine is a tragic yet hopeful look at a young girl’s coming of age in a world full of violence and abuse. Told in excruciating detail, this story challenges teens to be bold, to speak up, and to take control of their lives as best they can. Amy Beashel writes and speaks to the importance of mental health and healing in the midst of some of the darkest moments imaginable.

What first inspired you to tell Izzy’s story?

I used to volunteer on a helpline for women experiencing domestic abuse. While taking calls, I spoke with women across all socio-economic and racial groups, and it quickly became apparent that while each caller was individual, there was a common thread among their stories. Though obviously they weren’t just stories; they were women’s lives. In the UK, one in three women will experience domestic abuse, which is a huge statistic.

I really wanted to write a YA novel that didn’t focus on one incident or one individual but looked instead at a broader cultural problem. I know some people have found Izzy’s story difficult because of the number of difficulties she faces, but it was important to me to interweave the different forms of abuse, though what was more important was her finding hope, voice, and self-worth.
.

The Sky Is Mine provides an honest, graphic look at abuse and assault. Was it difficult writing Izzy’s story and experiences? What did the process look like?

I spoke with my friends about their experiences as well as drawing on my own, and it was clear that so many of us had, in the past, put incidents down to “that’s just the way things are,” sometimes not even recognizing them as a kind of abuse. The Harvey Weinstein scandal broke a week after I finished the novel, and suddenly so many more people were talking openly about stories like Izzy’s. This was exciting because it signaled change, but so sad too, because it highlighted just how many people had suffered in silence for so long.

When I was in the very first stages of planning The Sky Is Mine, my husband and I were sitting by the river in what soon became our hometown. It was a glorious summer’s day. A group of teenagers sat on the opposite bank, jumping into the water, laughing, kissing. I was saying to Phil how idyllic it seemed when the boys started rapping. When I listened harder, the lyrics got clearer. They were rapping about raping someone’s little sister. No one — me included — said a word. I Googled the words, and a YouTube video appeared of a twelve-year-old kid performing the song. In the comments, the only criticism was of his rapping skills. I was appalled, not only by the song and public performance of it, but so too by my inability to speak up. When I wrote the scene into The Sky Is Mine, I felt intense rage running through my body, for that incident and all those other times when my friends and I felt voiceless.

With regards to the writing process, I am a real plotter. Thankfully, unlike those in the new book I’m working on, the characters stuck to what I’d intended, and the writing came quite quickly. For some reason, I have a bad habit of starting a new book just before the summer holidays, which means as I get deep into it, my kids are off school, and my writing time is massively reduced. As such, The Sky Is Mine was written in the very early mornings before the children got out of bed. I should really learn to love coffee to get me going on those 5:45 am starts!
.

When did you first know you wanted to be a writer? What steps did you take to being the author you are today?

I’ve always known I wanted to write. After a particularly heart-wrenching break up, I decided — on a whim one lunch hour — to move from London to France with a romantic plan of writing a novel. I then spent nine months basically learning how not to write a novel. I didn’t plot, and 90,000 words in still had no idea where the story was headed. Thankfully, my own love story proved more successful, and so while a completed manuscript remained elusive, my relationship didn’t! We got back together and are now married with two kids.

It was when the children were babies and I’d mastered the art of getting them to nap simultaneously that I began writing again. I wrote short stories at first. A novel was too big an ask. But then I made some writer friends who were hugely encouraging, and so I braced myself for a second attempt. That time, I was much more organized. I plotted and researched. In fact, my research extended beyond facts into hard physical exercise. One of my characters wanted to become a world record holder, and so to get a sense of what that would be like, I became the fastest woman in the world over a mile on a space hopper, even fracturing my coccyx in the process.

That novel got me an agent but not a deal.

I then wrote The Sky Is Mine. Three days before I was offered the deal, I was crying with my husband saying I couldn’t write any more; it was too exhausting and the rejection too much strain on my mental health! For want of a less clichéd term, it’s certainly been a rollercoaster. Sometimes I love it. Other times, I really want to get off!
.

Every author has a unique experience with getting their novel published. What was the publishing process like for you? Do you have any insight to share from your experiences?

It’s been fabulous and scary in equal measure. Obviously, I am absolutely thrilled to be published and really still can’t believe I am an actual author! I have found it very difficult at times too. I went from feeling wildly excited at the idea of people reading my book to utterly petrified. While The Sky Is Mine isn’t autobiographical, it came from me. It was my heart and soul and tears. And so it was — and sometimes still is — difficult not to take any criticism of the story personally.

That worry did have an adverse affect on my writing of the next book. The doubt made writing painfully slow, but with the support of family and friends, especially my writing friends who have been incredibly uplifting, I pushed through, never quite giving into the idea that I should toss my laptop in the river and never write again!
.

For those unfamiliar with the story, what can readers expect from The Sky Is Mine?

The Sky Is Mine is an exploration of rape culture and domestic abuse, uplifted by a soundtrack inspired by Desert Island Discs, a UK radio show in which guests are asked to pick the eight music tracks, one book and luxury they take with them if castaway to a desert island. While the issues are dark, light comes in Izzy’s resilience and hope. I hope readers will resonate with the book’s call to women everywhere to find the power in their own voice.
.

What has been the most memorable aspect of being a published author so far? Do you have any specific moments that stand out to you?

I wrote to Jennifer Niven asking if she’d like to read the novel. I honestly had no expectation of ever hearing from her. Not only did she get back to me, but she read The Sky Is Mine incredibly quickly and sent me the most amazing email telling me how much she loved Izzy and her story. I swear I almost fell over. I still cannot believe Jennifer Niven — one of my YA idols — is quoted on the front of my book!!!! Pinch me.
.

What do you hope both boys and girls can take from your story? What truths are most important to you from The Sky Is Mine?

I hope both boys and girls reading the book will come away feeling empowered to move outside some of the normal behaviors expected of them. While The Sky Is Mine is the story of how Izzy is subjected to, and subsequently fights against, gendered violence, the consequences of a society complicit with such behaviour are felt by boys too. No matter our gender — male, female, non-binary — we are all affected by it.
.

If you could use only three words to describe your novel, which would you use and why?

Confronting because the opening scenes take you straight into Izzy’s life at a moment when she’s utterly powerless. I know these chapters are particularly difficult for some readers. I do hope they are able to push through the discomfort to see the hope in Izzy’s story.

Inciting because as Izzy’s understanding of her situation grows, so too does her sense of injustice.

Loud because while Izzy is voiceless at the beginning, her increasing self-worth turns her silence into a quiet rage, which has the potential to create noisy change.
.

Are you currently working on any other projects at the moment? If so, what details can you share with readers?

I’m working on a second YA novel, currently called None of Us Is Normal, which explores issues around suicide, identity, and grief. It’s the hardest thing I’ve written!!! None of the characters have done anything I expected or wanted them to do, which has made plotting exceptionally difficult. It’s been amazing, though, in this third draft, to see how all these things I thought were ridiculous diversions have actually combined, like the ingredients of a spell, to weave a kind of magic through the plot so that it finally, after months and months of discord, hangs together.
.

Finally, what advice do you have to offer young, aspiring writers?

You can only get published if you write a book. So don’t talk about it, do it. Write a crappy first draft. Once you have something down, you can make it better in a second, third, fourth draft.

More importantly: Dig deep for that resilience!!! Writing is hard, but the time and effort needed to continue writing in the face of rejection is even harder. Keep going. You can do it! 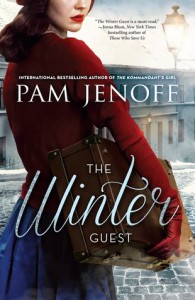 A Breakup, a Bar, and Stand-Up Comedy by Susannah Chovnick