Based on the short story “Jars” by Kevin Winchester 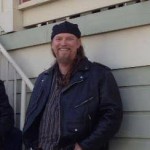 Kevin Winchester is a North Carolina native, where he now lives, writes, and teaches. Winchester recently won the 2013 Thomas Wolfe Fiction Award. His short story collection, Everybody’s Gotta Eat, was published in 2009. Other short fiction has appeared in Gulf Coast Literary and Arts Journal, Barrel House, Story South, Dead Mule School of Literature, among others, and the anthology Everything But the Baby. His creative non-fiction has appeared in the Novello Press anthology Making Notes: Music in the Carolinas, Tin House Literary Magazine and a variety of other publications. In 2005, the Bread Loaf Writers’ Conference awarded Kevin their Work Study Scholarship. His short story, “Everybody’s Gotta Eat,” was selected as a 2006 Notable Story by the Million Writers Award. Winchester holds a BA in English from Wingate University and an MFA in Creative Writing from Queens University. He is currently the Director of the Writing Center at Wingate University where he also teaches Creative Writing.