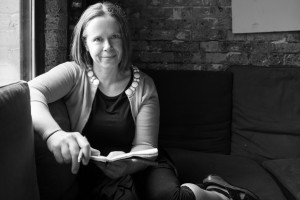 If you don’t know Jenny Downham, she is the bestselling author of Before I Die, and she is now releasing her novel Unbecoming — which is to be released in the United States this Tuesday, February 23rd!

Unbecoming is a YA novel that is both realistic and heartbreaking. While her previous work focused on romance and terminal illness, Unbecoming tells the story of three very different women with three very different secrets. With plenty of suspense and secrets hiding behind every corner, Unbecoming promises to be an unforgettable tale about lies, sickness, and truly finding one’s self.
.

Synopsis of Unbecoming from DavidFicklingBooks.com: 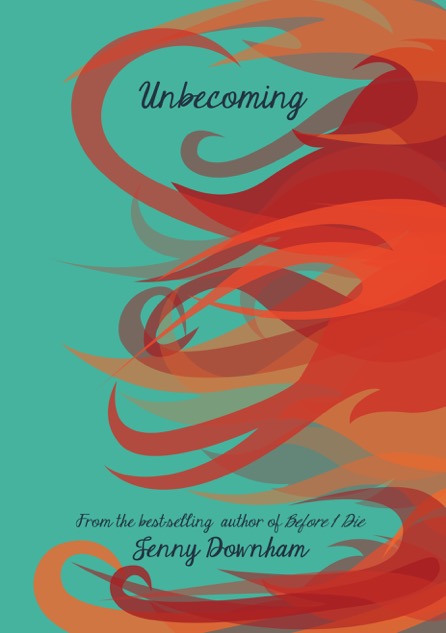 Katie, seventeen, in love with someone whose identity she can’t reveal.

Her mother, Caroline, uptight, worn out and about to find the past catching up with her.

Katie’s grandmother, Mary, back with the family after years of mysterious absence and ‘capable of anything,’ despite suffering from Alzheimer’s.

As Katie cares for an elderly woman who brings daily chaos to her life, she finds herself drawn to her. Rules get broken as allegiances shift. Is Mary contagious? Is ‘badness’ genetic?

In confronting the past, Katie is forced to seize the present. As Mary slowly unravels and family secrets are revealed, Katie learns to live and finally dares to love.

Funny, sad, honest and wise, Unbecoming is a celebration of life and learning to honour your own stories.

What inspired you to write your upcoming novel, Unbecoming?

I use free writing techniques when I start a new project. This is a bit like improvising in theatre — throwing words down and not planning anything in advance. Most of it goes in the bin, but the strongest voices keep returning.

An elderly woman called Mary appeared very quickly, and I liked her a lot — she had such a zest for life and she kept making me laugh. A little triangle of a family came next: 17-year-old Katie and her younger brother, Chris, and their very controlling mother, Caroline. I put them in a new town where they knew no one and gave them all a few problems to deal with, and then I threw Mary in as the long lost grandmother who needed somewhere to stay because she had Alzheimer’s and could no longer cope alone, and suddenly, the story began to buzz.

Every time I wrote, Mary kept trying to run away (even if doors were locked). She was desperate to find something, said it was imperative, but when questioned, couldn’t be more specific. Katie wanted to know what this was (so did I at this stage!). Katie also wanted to know why her mum hated her own mother so much. What was the nature of their estrangement? It made Katie question everything she thought was true about her family. She decided that solving these mysteries would make her life better, like some kind of magical salve. And her life was very bad. She was being bullied at school, and she was struggling with who she was and how she might fit into the world.

It became obvious very quickly that there were family secrets to be unearthed and rules to be broken and wild adventures to be had and that Mary would be the catalyst for change.

How did you formulate your characters for this novel? Are they based on real people in your life?

My characters are a mixture of real people (including myself) and people I make up. There’s a great quote I learned as an actor: “Nothing human is alien to me,” which was allegedly coined by a playwright called Terence in 170 BC. It suggests to me that any storyteller must search within themselves for the person who might kill a king (taking Macbeth as an example), or leave their baby behind (as Mary does in my book), or stay in an abusive situation, or keep a secret for years, or any of the other things that happen in Unbecoming. When I’m writing, I try never to think: “I don’t know about this, so how can I write about it?” I pretend I’m an expert, imagining my way through and then I research, re-write, and weave things together.

Do you see yourself in your main characters Katie, Caroline, or Mary?

I’ve certainly known Mary’s “I’m going to do just as I please” boldness and Caroline’s controlling “if only everyone would do as I say” attitude and her propensity to play by the rules. I’m probably most like Katie. Certainly when I was young, I’d worry that if I told people what I was really thinking or feeling that they’d find me weird and not like me anymore. It takes years and much courage to be prepared to be yourself. I’m still not sure I’ve got a handle on it!

Pinter once said that the writer’s job is to “arrange and listen,” as if following clues. He believed that characters arrive at their destination through their own impulses, rather than being manipulated to suit a pre-ordained plot, and I agree. I also like the quote often attributed to Hemingway: “It’s easy to write. Just sit at your typewriter and bleed.” It makes me laugh because it’s such a ‘drama queen’ thing to say, but it’s also true!

What novels have inspired your writing, and how have they impacted you personally?

I’m going to refer to books in general rather than novels in particular because poetry and shorter narrative forms, such as folk tales, have inspired me as a writer too. I had a poetry anthology as a child that I adored, but which is sadly out of print now. I used to read the poems aloud to myself until I’d learned them off by heart. What I loved most about it was that there always seemed to be a poem to describe exactly how I was feeling. It gave the book a magical property for me, although it was really only the result of its vast stretch. It contained lullabies and cradle songs, traditional poems and prayers which had been handed down orally through generations before being written down. It also had nonsense verse, narrative poems, sonnets, and limericks from some of the most famous poets in the world.

More than anything else, I found it hugely consoling. I also remember being very impressed that these poems had been put together into a book that was especially for children. It made me feel important! And the language fascinated me. One day I wouldn’t have a clue what a poem meant, but then the next time I read it I might have gained a small understanding.

I also devoured folk and fairy tales (Grimm, Andersen) and stories from the Arabian Nights and Ancient Greece. I loved Ann Holm (I Am David) and Robert C O’Brien (Z for Zachariah) — my first realisation that I could be utterly transported by words on a page. D. H. Lawrence’s The Rainbow was hugely inspirational when I was a young teen. As to how these books have impacted me personally — they taught me empathy, challenged my imagination, convinced me that words were transformative, demonstrated that stories have the capacity to shift and transform, so that as you read them again, new meaning can be found. You are never alone with a book!

Was writing Unbecoming easier or more difficult for you to write than your previously released titles?

It was the most difficult because it was the most personal. My own mother had Alzheimer’s and became very unwell and died while I was writing Unbecoming. I hope I was a better carer and daughter as a result of writing this book. Certainly, I found it very cathartic to try and imagine how my mum might have been feeling as she faced the erosion of her memories. There’s a lot of my mum in Mary.

Where is your ideal location for writing?

When I first start a project, I write anywhere and everywhere. I take a notebook and sit in cafes, parks, bus shelters, waiting rooms, river banks, anywhere that feels inspiring, and I simply free write. Once I have enough material and characters start to emerge, I sit at my desk overlooking the street and write directly onto a computer. This is where the majority of my day is spent. I like it because, although I’m alone, I can see the world outside the window.

I rarely listen to music as a I write. I find it too distracting. I may listen to certain songs when researching. For instance, I played a lot of big band music from the ’50s when I was writing about Mary’s younger life.

What advice do you have for teens who are looking to write young adult fiction?

My advice to anyone who writes, whatever their age or whatever they’re writing, would be the same: READ READ READ!! Phillip Pullman once said (and he borrowed it from Muhammed Ali), “Read like a butterfly and write like a bee.” I think it’s true, but really hard to do. It’s so tempting to sit and do your own writing and forget that you can learn so much from reading other people’s books. Eventually you’ll begin to read like a writer — with one eye and half your brain looking for just how this author makes this character so believable, or that sentence so beautiful, or this story such a page-turner…

Other advice would be to join a writing group or form one of your own. A place to talk, swap work, and offer support and constructive criticism is invaluable. Writing is a lonely occupation and you’ll need friends!

Carry a notebook everywhere. Write down ideas, overheard conversations, random lines that just pop into your head. You’ll forget them if you don’t. Do NOT leave the house without paper and a pen!!

Discipline. Sit and write. Ignore your critic. Give yourself a daily word count and do it. Even if you sit there and write: “I can’t think of anything to write, all my thoughts are rubbish, why do I even want to be a writer?” Something will come… It always does. Trust yourself.

Ask for what you need as a writer. Be it time or childcare or a place to write. Demand to be taken seriously.