You may know her as the girl who is plastered on the front of magazine covers, billboards, and high-end catalogs; but, who truly is Karlie Kloss?

Well, in short, she is the personification of the ideal twenty-first century woman. She’s bright and beautiful, she’s a feminist, she’s Taylor Swift’s best friend, and she’s a role model for tons of girls around the world.

When Karlie was about 10 years old, she studied ballet at a prestigious school in St. Louis, Missouri, where her family lived at the time. To this day, she still believes that, although she was unable to become a professional ballerina, her training allows her to flourish in her modeling career.

Karlie has walked on the runway for brands such as Victoria’s Secret, Marc Jacobs, and Louis Vuitton in fashions shows around the globe. Yet, Karlie is not only the face of many popular companies, but she also has her own company!

In 2012, she teamed up with an organization to make cookies that benefit the FEED Foundation. Each tin of cookies that’s sold allows Karlie to donate 10 meals to those in need. To support Karlie’s Kookies and this wonderful cause, click here.

Another group of people whom Karlie has been working to help includes young women who are interested in getting involved in computer coding. Women make up an underwhelming amount of technology workers — about 30% — and Karlie is working to have that number grow.

Through the Flatiron School in New York City, she gave 21 girls from around the United States the opportunity to learn how to code. Many of the young women had no prior experience in coding, but after the two-week course, they were experts in a very popular computer program called Ruby.

Although Karlie does not consider herself an expert in the Computer Science field, she is looking forward to studying the subject at NYU’s Gallatin School of Individualized Study. She left her job as a Victoria’s Secret Angel to focus on her studies at New York University earlier this year, to the surprise of many.

NYU is not the only competitive university Karlie has studied at; she also took a course at the exalted Harvard Business School.

At the young age of 25, Karlie has already been able to achieve so many feats, and it is inspiring just to think of all that she will be able to accomplish in the future.

When she is not studying in a library in Manhattan or walking the runway at Paris Fashion Week, she is catching up with her bestie, Taylor Swift. Their “girl squad” has given teenage girls a new image of what it means to be a feminist. Their endless Instagram photos depict true girl power, showing how the support of other women is uplifting for all involved.

From the way she carries herself to the way she treats others, she personifies true beauty inside and out.

Shannon Gleba is a sophomore in high school in New Jersey, though she always would rather be in London. She enjoys wearing glasses that make her look like she is from the 1950’s, and buying dresses that she never wears. In addition, if she isn’t writing or reading, she is probably on Tumblr, YouTube or playing soccer. She hopes to study to become a lawyer and live in England after high school!

Interview with a WWII Veteran 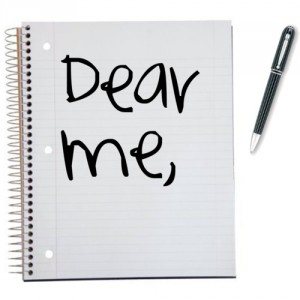 Doll Hospital: An Art and Literary Journal on Mental Health