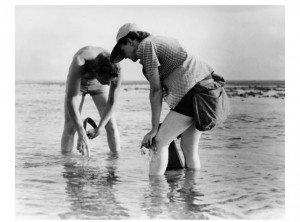 If an average person hears the term “DDT,” they’ll likely associate it with dichlorodiphenyltrichloroethane (perhaps not with that level of accuracy on the scientific name), a highly toxic pesticide used commonly in post-World War II America that was made famous by Rachel Carson’s 1962 novel Silent Spring.

But half a century ago, pesticide regulations were in their earliest stages and knowledge of the ecologically detrimental effects of DDT was first becoming widespread. Anyone who spoke out about the harmful side effects of chemical pesticides “attracted outrage from the chemical industry and others,” as was the case with Carson herself after Silent Spring’s publication.

According to the United States Environmental Protection Agency, DDT is a persistent organic pollutant, a name that sounds just as ominous as the effects of the chemical itself; it is “classified as a possible human carcinogen,” which means that based on recorded harm to animal life, it is likely harmful to humans as well.

Despite its low cost and beneficial effects as a pesticide, long term use often causes insect species to build up a resistance to the chemical. For a number of reasons, including its ability to control malaria and body lice and the opposition from the chemical industry in response to Carson’s research, DDT continued to be used in the ’60s and early ’70s. The Environmental Protection Agency eventually outlawed the use of DDT in the United States in 1972.

Rachel Carson — a biologist who “wrote pamphlets on conservation and natural resources and edited scientific articles, but in her free time turned her government research into lyric prose” — never intended to enter the politically-infused world of pesticide laws, but her life and career had been dedicated to the preservation and appreciation of nature. In Silent Spring, she not only challenged the continuing use of DDT and explained the science and principles behind its effects, but she illustrated the beauty behind nature’s delicate balance and how humans were interrupting that balance.

In case you’re wondering, the reason that DDT is still harmful in such small quantities is because of biological magnification, or the exponential increase in concentration while continuing up the food chain. Due to this principle, very small amounts of DDT can be present in water or the atmosphere, so very concentrated amounts are passed onto animals high on the food chain, like rodents and birds of prey, which both experience serious reproductive issues.

Although Silent Spring received commercial success, Carson even testified in front of Congress in 1963 that she experienced personal and sexist attacks as a woman in a STEM career. She was accused of being “radical, disloyal, unscientific, and hysterical,” and in a letter to the editor in the New Yorker after the publication of Silent Spring, a critic stated that “Miss Rachel Carson’s reference to the selfishness of insecticide manufacturers probably reflects her Communist sympathies, like a lot of our writers these days… As for insects, isn’t it just like a woman to be scared to death of a few little bugs!”

Carson’s research and hard work did not go to waste, even if she didn’t live to see the 1972 ban of DDT. Although there are effects of DDT still in the environment — which will likely remain for another century — widespread public attention has come to the issue, and stronger, better enforced pesticide laws have been passed. Next step? Let’s try for more females in STEM careers in the next few years!