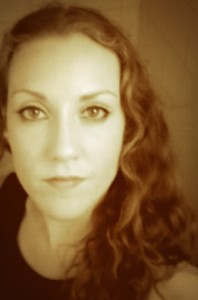 A lover of writing and reading since she was young, Louise O’Neill ventures into the industry with her debut novel, Only Ever Yours, which came out June 30th. She has found a great deal of inspiration through her feminist views and her own experiences. Now, let’s get to know more about her novel and what makes her interested in tackling such controversial themes.

Here’s a synopsis of Only Ever Yours from Louise O’Neill’s website: 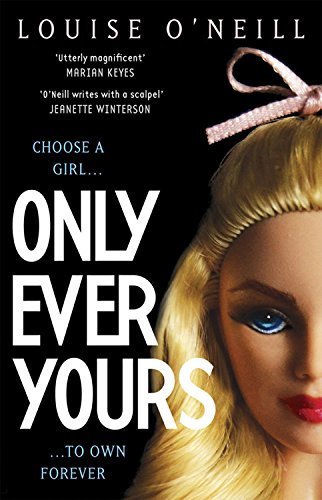 The Handmaid’s Tale meets Mean Girls in this bold and original debut.

In a world in which baby girls are no longer born naturally, women are bred in schools, trained in the arts of pleasing men until they are ready for the outside world. At graduation, the most highly rated girls become “companions,” permitted to live with their husbands and breed sons until they are no longer useful. For the girls left behind, the future — as a concubine or a teacher — is grim. Best friends freida and isabel are sure they’ll be chosen as companions — they are among the most highly rated girls in their year.

But as the intensity of final year takes hold, isabel does the unthinkable and starts to put on weight…
And then, into this sealed female environment, the boys arrive, eager to choose a bride.

freida must fight for her future — even if it means betraying the only friend, the only love, she has ever known…

Only Ever Yours is your debut novel, and it seems really beautiful! What made you interested in tackling the theme of your novel?

I had anorexia and bulimia as a teenager and suffered a relapse when I moved to New York in 2010 to intern in the fashion department at ELLE Magazine. I started seeing an excellent therapist, and we worked together to really tackle the issue. Whilst doing that, I really began to look at and question the influence that the media has on my body image, and how our culture at large tries to enforce this idea that as a woman you need to look a certain way in order to be anyway acceptable. This fascinated and infuriated me in equal measures, and I knew I wanted to explore that pressure in my novel.

Was it particularly hard coming up with the personalities of your characters, especially with freida?
(In the book, the names of the female characters are never capitalized, unlike the men’s names.)

freida’s voice came through very strongly from the beginning; it was as if she was just waiting for me to start writing so she could make her voice heard.

Did your novel involve a lot of research? How did it go, and what is your thought process when it comes to research?

Both novels entailed a lot of research, but it didn’t feel like that with Only Ever Yours because it was a reflection of the world around me and problematic elements that I saw within that world. I researched by reading articles on sites such as The Vagenda, Jezebel, Rookie, xoJane, which I would have been reading anyway!

What is your writing schedule like? Do you write when you feel like it, or do you set a time for it?

I’m very disciplined with my writing. I wake at 5/5:30 am, do some yoga, have my breakfast, meditate, and then I’m ready to work by 7am. I work straight through until 11:30 am, and at that stage, I’m creatively spent.

Could you tell us how you named your latest characters?

With Only Ever Yours, I named the girls after supermodels and actresses from our time. I had the idea that they would all have been designed to look like “prototypes.”  The male characters were named after great politicians and scientists and writers. Again, it reinforced the idea that for men, intellect and achievement is valued more, but for women, we are valued by how attractive we are.

Which of your characters would you say was your favorite to write? What makes this character special?

I loved writing the character of megan. She was just such a horrible person, so utterly unlike me in every way. There was something deliciously vindictive about her which was undercut by insecurity. She was great fun to write. 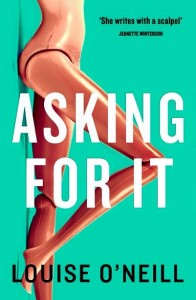 Your next book, Asking For It, seems to be talking about a controversial topic. What are your thoughts about the image of women in this day and age, and how will this relate to your 2nd novel?

Asking For It (which will be out in the US in April 2016) deals with rape culture and issues of victim-blaming and slut-shaming that happens to women after they’ve been sexually assaulted if they don’t conform to the idea of a “perfect victim.”

As someone who aspires to be a novelist one day, what advice could you give me and a lot of those who dream the same?

Keep writing! Do it every day — that’ll help you improve. Read voraciously and in as many different genres as possible. Never give up, and believe in yourself.