Hey there, Germs! I’ve always been the girl who marches to the beat of her own drum. One of the big contributing factors? I love 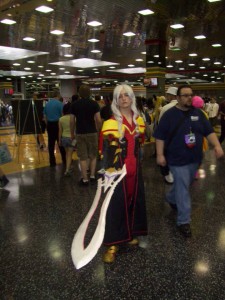 anime, video games, conventions, and all of that.  This often put me into the category of “one of the guys” when I was younger, and I really liked that area.  It was fun!  My mom always thought that I’d grow out of the anime and convention things, but here I am at twenty-five, gearing up for my 2014 conventions.  If anything, I love these things more now than I did when I was younger.

I started really young with my appreciation of the geekier side of things.  I remember getting a Gameboy — one of the old school, grey brick Gameboys — when I was about six.  Around age ten, I started watching anime because of Toonami on Cartoon Network.  It was on after school and I really, really liked Sailor Moon, Dragonball Z, and Mobile Suit Gundam Wing.   I discovered that conventions existed when I was about fifteen, and around that time I also discovered cosplay (costume play; dressing up as characters from media).  It really just progressed from there.

Sometimes it seems like anime and video games and conventions are really geared toward guys, but it’s perfectly okay for girls to be into all of those things as well.  I’ve made a lot of friends because of my interests. It can 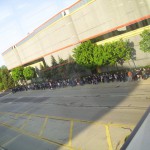 also be a great conversation starter, and, honestly, I have a BLAST when I’m out at conventions.  There’s not really a word to explain how cool it is to spend a weekend with 20,000 people who have similar interests.

On top of all of that, there are some really awesome anime out there with strong female protagonists.  The big ones I can think of are Puella Magi Madoka Magica (or Mahou Shoujo Madoka Magica), Kill la Kill (this is still airing!), Revolutionary Girl Utena, and Ouran High School Host Club. Of course, there are way more than that, especially if we count the series that are geared a bit more toward boys rather than girls. 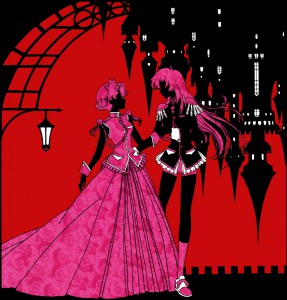 series.  It started airing in 1997, and it has recently had a remastered set of DVDs come out.  I initially enjoyed it because Utena Tenjou, the titular character, is a young woman who wants to make herself a prince.  Despite that, she still tells everyone that she’s just a regular girl.  One of the student council members, Juri Arisugawa, is noble and a strong fighter, but she is still able to have the same interests and qualities of a normal girl.  Even the Rose Bride, Anthy Himemiya, has her strengths.

The series is a coming of age story and follows Utena through a series of challenges.  She finds herself entangled with her school’s student council, which duels for possession of the Rose Bride and tries to gain power to “bring the world revolution.”  The series slowly gets darker and darker, culminating with one of the more heart wrenching endings I’ve seen.  I won’t go into detail on that, other than it’s very bittersweet.

Overall, it seems that sometimes people think anime is just for kids, but I think series like Revolutionary Girl Utena prove that it’s for more than just kids…and for more than just boys.  Why not give anime a shot?  If you’ve got questions on a series, feel free to shoot me an email at laura@germmagazine.com.