You may not believe me, but I was put on this earth to save broken boys.  It all started when I was eleven years old, and the first boy who kissed me was the most broken boy of all.  He was a foster kid whose mother went crazy and whose father couldn’t handle him and his 6 siblings.  The last time he saw his mother, she was running down the road screaming, and so he decided to do the same thing.  That’s how he ended up at my church, where he stole my heart and later stole me away to the girls’ bathroom for kiss after kiss — but it wasn’t our first kiss. 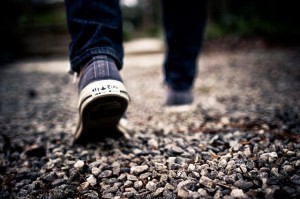 Our first kiss happened on a warm, Carolina summer night after church at his foster parents’ home — where it was so dark that you couldn’t see where the lights shining from the houses embedded into the mountains ended and the stars sparkling in the heavens began.  We were all playing hide and seek, only he didn’t hide, he sought me.  We were sitting on a picnic cooler at the back of the house, gazing up at the “mountain stars” as I liked to think of them. Neither of us could see the horizon end because, out in the country, it gets darker than anywhere else I’ve ever been, at least physically. I would learn years later that the darkness inside of broken boys is darker than any night on earth, and it takes a light stronger and more constant than the sun to fight it off.

Broken Boy #1’s name was Jimmy, and he asked me if I’d ever been kissed before as we sat gazing into the night, and I said, “No.” For some reason I wasn’t afraid of the dark with him. I hardly knew him, had just met him, and here I was, sitting mere inches away from him in that soft white t-shirt and cut off jean shorts he liked to wear.  I bowed my head in shyness and he, being 14 years old and much more “worldly” (that’s how I thought of him then, with his long brown arms and legs, so thin and muscular, his big brown eyes and longish brown hair, his perfectly formed lips and his mysterious past), gently reached over and tilted my chin toward him, softly kissed my lips, and said, “You have now.”  I’ve been hooked on broken boys ever since.