Dr. Jeff Wilson, sometimes affectionately called “Professor Dumpster,” is dean of the University College and associate professor of Biological Sciences at Huston-Tillotson University in Austin, Texas, and his Dumpster Project has already proven that the answer to both questions is “yes.” 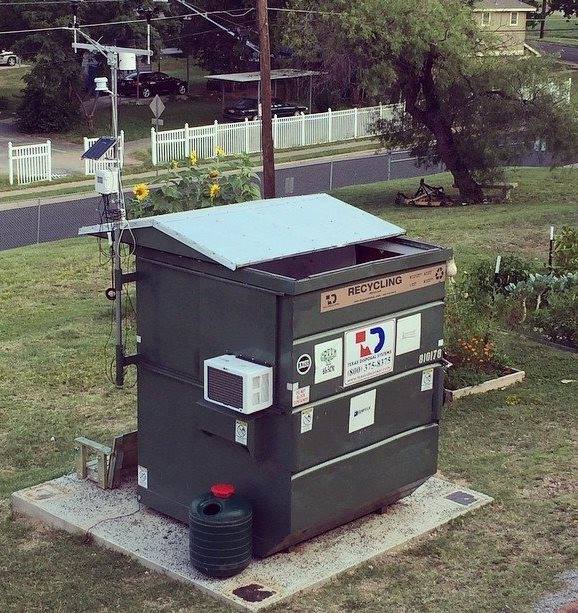 What I should have specified when I asked the second question is that the dumpster you’d be living in would be pretty nice inside, like a tiny apartment. Just with no kitchen or toilet or shower…yet. Still, it would be a first-class receptacle. Way better than most. In fact, there wouldn’t be much actual trash even in the thing, unless you finished off a bag of chips in there or something. And you’d never have to worry about any guys in a big truck coming to pour you out in the morning.

So what do you think now? Could you live in such a dumpster as this, which is only entering Phase II of its development? Phase III, “The Über Dumpster,” will be less like a dumpster and more like just a really small home. It will also be yet another innovative model of sustainable living—something to be proud of, even if there’s no room to have a couch in there too.

When humans have to do things because they feel they’ve got no viable other choices, they find that they can live through some pretty extreme extremes. Consider, for instance, all the homeless people in the world who have little more than a newspaper to cover them. Compared to the worst of their sleeping situations, life in a dumpster the way Dr. Jeff Wilson does it is clearly doable. 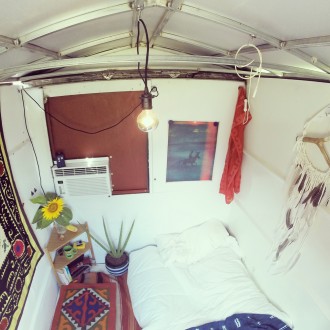 As a kid, I was a lover of fort-building. I made them small because I didn’t have all day. I wanted to be done before the woods were too dark for me to enjoy my new stronghold. And once I’d built a fort, whether out of old junk and plywood or just by expanding an already-existing ditch and covering it with sticks and grass, I usually just moved on to the next. I wasn’t actually trying to live in these things, though I know that the idea of living in them — the idea that I might at least spend a night in one — was part of the fun I got out of building them. Such an idea may even be tied to evolutionary drives concerning habitat and offspring.

Now that I’m older, I’m sure I still wouldn’t mind building a fort every now and then, but the dream would probably be to have more of a Batcave, as in Batman’s Batcave. As in, I would be Batman, the Dark Knight, in my Batcave. Silly, I know. I also know that I don’t “need” a Batcave. I want one. And I’m not the only person who does.

The cities and suburbs of the future will have to change to accommodate a lot more people, a lot more people wanting “Batcaves.” Technology will find plenty of ways to get us what we want as well as what we need, but if the goal of the world is to provide a pleasant, sustainable future for all of its humans, then a bigger focus — at least at first — should probably be put on the needs of everybody rather than the wants of a few.

The website for The Dumpster Project asks these two questions right up front: “What does home look like in a world of 10 billion people? How do we equip current and future generations with the tools they need for sustainable living practices?” The project is working toward answers for these questions. And, though I still wouldn’t mind having a Batcave, I know that we humans could do a lot worse than following the progress and practices of Professor Dumpster.