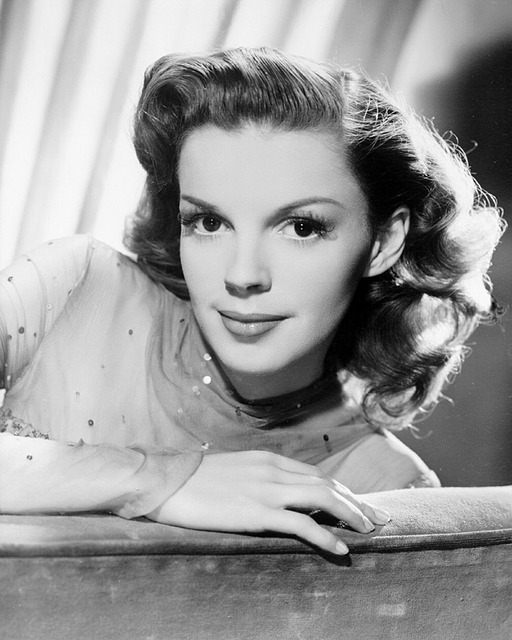 Acting is a finicky business. An actor might be fortunate enough to have a steady career of constantly booking roles, but that doesn’t automatically guarantee stardom. But sometimes, there’s one role that changes everything for an actor — one role that cements an actor into greatness and secures them everlasting fame and icon status. This month, we’re spotlighting an actress who found that lucrative role as Dorothy in The Wizard of Oz (1939), a role that is not only iconic in itself, but also made the actress an icon. This is Old Hollywood Spotlight: Judy Garland.

Before the world knew her as Judy Garland, Judy’s real name was Frances Ethel Gumm. Born on June 10, 1922, in Grand Rapids, Minnesota, to vaudeville parents, it wasn’t long before Judy found her way onto the stage. After making her singing debut at the tender age of two, Judy joined a singing group with her sisters Susie and Jimmie. The trio, who were known as the Gumm Sisters, would perform for “the next nine years . . . [making] hundreds of stage and local radio appearances up and down the West Coast and as far East as Detroit.”

In 1934, the Gumm Sisters were performing at the World’s Fair in Chicago — which would be the last time Judy performed under her legal name. Thanks to comedian George Jessel’s suggestion that the sisters change their last name to Garland, Judy became inspired to change her first name, too. Now known professionally as Judy Garland, Judy broke away from her sisters’ singing group and forged ahead in finding her own theatrical career. It wasn’t long until Judy made her feature-length debut in 1936, appearing in Pigskin Parade (1936). While Judy continued to book movie roles, it would be another three years before Judy appeared in her breakout role as Dorothy in The Wizard of Oz (1939).

While Judy Garland and Dorothy Gale will forever go down in history as being simultaneously linked, Judy almost didn’t get the chance to play her. In fact, MGM wanted Shirley Temple to play Dorothy, but there was one catch. The only way 20th Century Fox would agree to let Shirley make the movie was if MGM would let Jean Harlow make a 20th Century Fox film. MGM agreed to the terms of the deal, but shortly after the deal was finalized, Jean Harlow died unexpectedly. The deal was halted, and 20th Century Fox went back to the drawing board in their search for Dorothy Gale. Judy Garland was eventually given the chance to audition, and the rest is history.

While Judy’s star continued to rise, her personal life was taking a downward spiral. Ever since she was 13 years old, MGM had Judy on a dangerous regimen of pills. Because the studio felt that Judy was overweight, they piled her with weight-loss pills, causing Judy to experience insomnia. To combat the insomnia, the studio gave Judy sleeping pills at night, only to be awoken in the morning with more weight-loss pills. With the horrible cycle in place, Judy found herself becoming dependent on pills and alcohol — a dependency she would struggle with for the rest of her life. Slowly, Judy’s addiction seeped into her professional life; on set, Judy “developed a reputation for being unreliable and unstable.” Subsequently, MGM fired her in 1950.

In 1954, Judy tried to make a theatrical comeback in A Star Is Born. The movie was a hit, and for a while everyone thought Judy was back on top. But her personal problems continued to plague her, and Judy never quite found the same success she once enjoyed early on in her career.

In the 1960s, Judy tried to revive her career as a singer, a revival that turned out to be extremely successful. In 1961, Judy “won two Grammy Awards for Best Solo Vocal Performance and Album of the Year for Judy at Carnegie Hall.” For the next eight years, Judy tried to stay on top and overcome her addictions, a challenge she often associated with her character Dorothy in The Wizard of Oz:

“I’ve always taken The Wizard of Oz very seriously, you know. I believe in the idea of the rainbow. And I’ve spent my entire life trying to get over it.”

But, tragically, as hard as Judy fought to battle her addictions and remain a star, her addictions overtook her in the end. On June 22, 1969, at the age of 47, Judy passed away from an accidental drug overdose.