“Valentino Is Dead.” Those were the words across newspaper headlines on August 23, 1926. People of that day knew the last name belonged to none other than the 31-year-old silent screen actor Rudolph Valentino. News broke that Hollywood’s “Great Lover” died because of a ruptured ulcer, and as a result there were dozens of reports of suicide attempts. His lover, actress Pola Negri, was inconsolable. Tens of thousands of people paid their respects to Valentino at his open casket in New York City, and 100,000 mourners lined the streets outside the church where his funeral service was held. 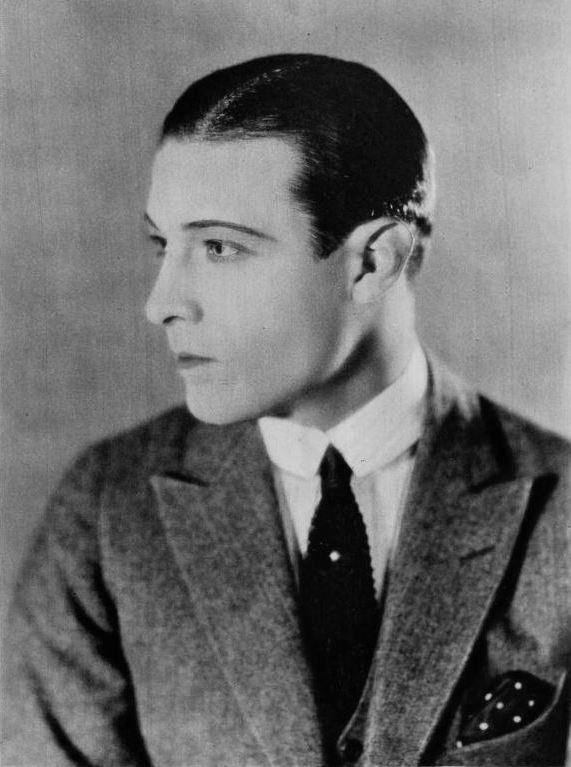 So, how great of an actor and idol was Valentino that he left many female hearts broken and fans devastated? After much research, I will tell you about the life and career of the Italian-American actor.

Rudolph Valentino began his film career in the 1920s, and his handsome looks made him Hollywood’s first male sex symbol. Rodolfo Guglielmi was born in Castellaneta, Italy, on May 6, 1895. As an Italian immigrant who came to America in 1913, Valentino worked various mediocre jobs, including working as a gardener, dish washer, waiter, and even a gigolo (a paid companion or lover) to an older woman.

Valentino worked as a nightclub dancer in a national touring production that later ended in Utah, and he continued his dancing in San Francisco, moving to Hollywood in 1917. His first film appearance was in Alimony (1917), and he soon became known as an actor who could play a Latin villain. He did minor roles before landing his first leading performance in the 1921 film The Four Horsemen and the Apocalypse. He danced the tango in a scene in the film, which turned him into a heartthrob overnight. Valentino had gotten the part after screenwriter June Mathis thought he would be perfect to play the role of Julio in the film; and, after much convincing, the executives at Metro signed Valentino.

Valentino’s popularity grew with romantic dramas, such as The Sheik (1921), Blood and Sand (1922), Moran of the Lady Letty (1922), and The Eagle (1925). Although female fans idolized him as the “Great Lover,” the Italian-born Romeo had two failed marriages. The first was to Jean Acker in 1919, but it ended in divorce in 1921. Then, in 1922, he married actress and set designer Natacha Rambova in Mexico, but Valentino was arrested for bigamy since he did not wait at least a year after his divorce with Acker. Valentino and Rambova then remarried the following year. Around this time, Valentino published a collection of poems called Day Dreams about the couple’s interest in spiritualism.

Rambova controlled a major part of Valentino’s acting career because she helped him choose which roles to accept, and most of the roles she encouraged him to accept were feminine. Valentino had been criticized for his on-screen androgynous costumes, especially those picked by his wife Rambova. Monsieur Beaucaire, for example. Once he separated from Rambova, he returned to take roles that were masculine and villainous, although people assumed he was gay.

Valentino’s last film was The Son of the Sheik, sequel to The Sheik, and it was shortly after its August 1926 release that he was hospitalized in New York. Despite Valentino’s short career, his worldwide popularity proved his impact after his death. The “Femme Fatale” actress of the ’20s, Pola Negri, attended the funeral, and she stated that she was engaged to the Italian-born actor.

Hollywood legend says Valentino died because of the supposedly cursed ring he wore that he bought in San Francisco despite the jeweler’s warning: Those who have worn it have faced death. Negri kept the tiger eye-stoned ring as a keepsake from her dead fiancé, but she later gave it to Russ Valentino, a Rudolph Valentino look-alike, who later died in an “accidental shooting.” His best friend and heir, Joe Casino, took possession of the ring only to be run over by a truck after months of debating whether he should wear it. The piece of jewelry was then stolen from his brother’s home, and the burglar was shot to death by the policemen. The ring was then borrowed by an actor who did a screen test to play Rudolph Valentino in a documentary film, but he was struck by a rare disease and died in a matter of weeks. After its long cursed history, the ring was locked and kept in a bank that later burned down. The ring is nowhere to be found.

Rudolph Valentino rose to stardom as the masculine and handsome actor in 1920s silent films, but his career was cut short at a young age. Could his fate have been caused by the supposed ring he bought in San Francisco? If he hadn’t bought it and worn it even in his films, would he have continued to be a popular icon and make more movies? The mystery remains, but the influential work Valentino left behind continues to cause intrigue. He received his own star on the Hollywood Walk of Fame in Los Angeles because of his stardom and popularity during the 1920s. He had 39 acting credits to his name.