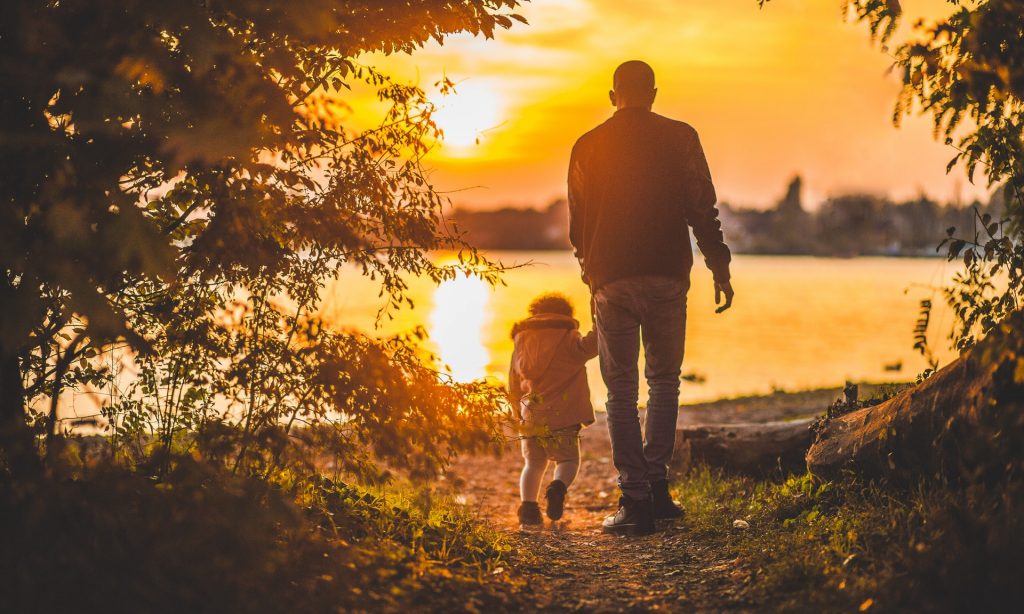 Tall. Elegant. Southern. Gentlemanly. Kind. Principled. These are the words that come to mind when I think of my stepdad. Late. The man was always late. Always. Never on time for anything but church. And he was a surgeon, so my mother had a handy and believable excuse for his tardiness, but he rarely had emergencies. He just moved slowly. Unhurried. Perpetually delayed by his obliviousness to time.

He was Dad to my brother and me. Our own father was killed in Vietnam. My brother was two at the time and has two hazy memories of him. I was five months old, and he was already in Vietnam when I was born. At least he knew about me. So many babies were born after their fathers were killed. We were all too young for that kind of loss. The babies, the fathers, the mothers. All of us.

I was almost five when my mother married tall, elegant, southern, tardy Tom. Almost five when I finally had someone to call Dad. And there was a lot of him to that name. He was 6 feet 7 inches tall. His height and his manners were the first two things that impressed most people. At work, among his friends, and at home, he was refined, considerate, respectful, gracious. Polite. He was polite to my brother and me and taught us to be polite back. So that’s what we were. And that’s nearly all we were. Propriety doesn’t allow room for real camaraderie, for real and affectionate knowledge of each other beyond the boundaries of our social character. Our personae. So for the next 17 years, we were all very polite strangers.

He and I wanted to be closer. The older I got, the more I felt it. The more I feel it even now. But too often we both seemed to understand we had missed the opportunity that slipped by during those first few years of our blended family, and neither one of us risked a second chance. We were actually shy around each other within our cordial social construct. I called him Dad, made him clay bowls in elementary school art class, and drew cards on Father’s Day. He brought home toys and stuffed animals he thought I might like, something that caught his eye in a hospital gift shop on rounds. He went to my brother’s Cub Scout meetings. And he came — late but he came — to Father-Daughter-Day at school. He was a good stepdad and a good man. But in assiduously respecting each other’s boundaries, we ended up massively protected from one another. After a while, neither one of us dared venture past our own perimeter into what really was unknown territory.

My brother went to his girlfriend’s house that year, so Christmas dinner was just Dad, Mother, and me. In the dining room. And we dressed for it, because that’s what you did when dinner was in the dining room and your stepdad was southern. Nothing terribly fancy. We weren’t Downton Abbey. But we were presentable. I wore a denim skirt, a white blouse, and very cool shoes that pinched my toes and left blisters. My mother served a standing rib roast. My stepdad wore his glasses to carve it. One of the bulbs in the chandelier needed to be replaced.

I remember every detail of that evening for two reasons. One, my stepdad and I talked — really talked — for the first time in our lives. And two, he died the next day.

Our conversation began with my asking him — and earnestly wanting to know — exactly how many times we were required to “turn the other cheek” before crying, “Enough!” There’s a whole lot of backstory that I won’t go into. Suffice it to say I was a doormat to a manipulative friend, and I’m actually grateful I was, in retrospect, because that situation affected a tangible connection — a dialogue and such a good one — between my stepdad and me. From that one question, Dad and I began talking about God, and our beliefs, and history, and personal history, and the future, both immediate and distant. He told stories about himself. I asked more questions, wanted more details. We talked all through dinner. We offered to help my mother clear, but she refused the help. So Dad and I talked hours more. Just the two of us, well into the quiet darkness of Christmas night. In a dining room painted the color of raspberry sorbet.

Later, I went to bed just a few minutes before he did. When he came upstairs, he called goodnight to me. I did the same and distinctly remember wanting to call back, “I love you.” I wrote it in cards. He said, “Your mother and I love you.” But we never just said it to each other, like fathers and daughters do, and that night I almost did. But I hesitated and said, “Merry Christmas,” instead.

I would tell him later. After that gorgeous conversation, I knew there would be others and time to tell him so many things. I fell asleep fully aware that something wonderful had just happened in my relationship with my stepdad. With my dad.

Early in the morning on the 26th, he had a heart attack. He died at five o’clock that afternoon. He was taken, coherent, into surgery, where his last words were a message to me. They weren’t the words I love you, but they were words that meant that. To me. He said, “Tell Erin to do what she wants.”

We had talked the night before about my lifelong, burning desire for and drive towards a writing career. He didn’t support that as a goal, thought it was foolish, though he put it differently. Kindly. He told me I should do something stable, something that paid the bills. He considered writing an avocation. Like tennis. Or cards. He said I’d make a good teacher. I wasn’t really interested but promised him I’d consider it.

I knew what “Tell Erin to do what she wants” meant. It meant he understood that in my bones, for as long as I could remember, I ached to be a writer, to write daily, with an eye on the goal of publication. An author. And I would not be fulfilled by anything else. It meant he recognized that I was willing to work at it, to study it, to improve, no matter how long it took. Through all the frustration of false starts and the heartbreak of rejection, I would persevere. “Tell Erin to do what she wants” was a blessing, his blessing, and it meant he must have believed I had some chance at success, some ability, and that meant we were not polite strangers. It meant he knew me. It meant he loved me.

I only hope he knew that when I said “Merry Christmas” the night before, it meant I loved him, too. I say it now all the time to family and friends. That and other good things that come to mind. You are so talented. I’m glad I know you. You are a gift to this family. You are the kindest friend. Those kinds of things. Because they are true. Because they are honest. And because, one day, I might not have a chance to say them, and some things, no matter what propriety dictates, are just too important to remain unspoken. 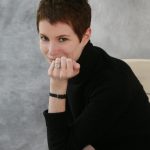 Erin McCahan is a native Michigander who grew up on the beaches of Grand Haven and Macatawa. Now a resident of landlocked New Albany, Ohio, she and her husband return every summer to North Beach in South Haven, on the shores of Lake Michigan. Look for them under the red-and-white-striped umbrella. Her latest novel, The Lake Effect, hits shelves on July 11. Visit Erin at www.erinmccahan.com and on Twitter at @erinmccahan.