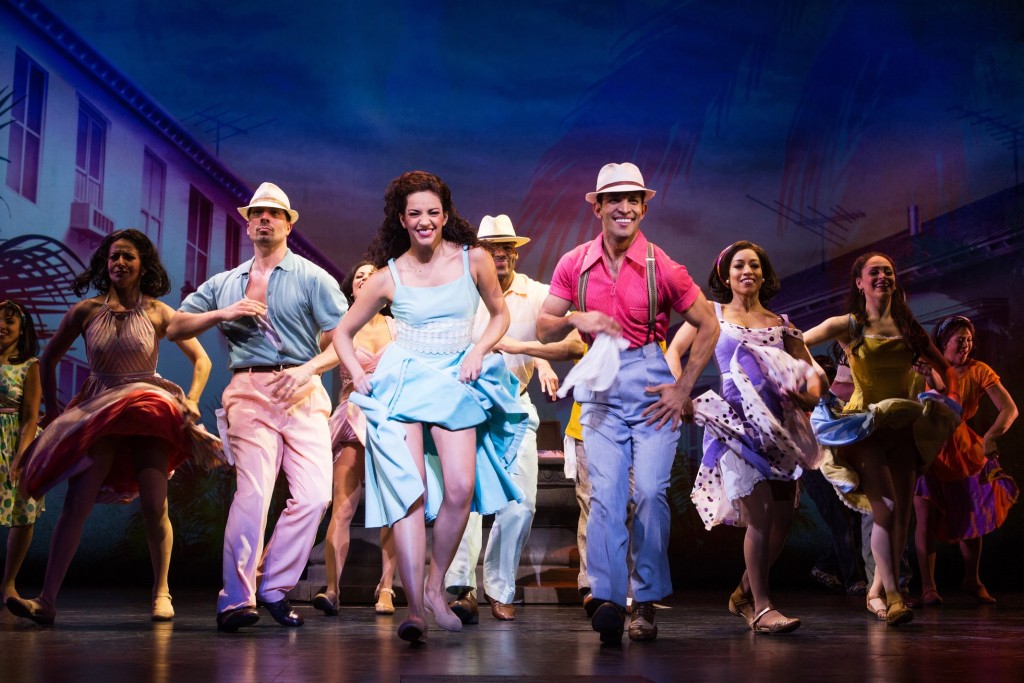 “This is what an American looks like,” exclaims Emilio Estefan in On Your Feet, the Broadway production that is based on the lives of Gloria and Emilio Estefan. It is a declaration that rings true throughout America and with the current political climate. The struggle of immigration is a central theme in the lives of many Americans, and it is also reflected in our entertainment. This Broadway season alone has seen many musicals centered around immigrants, such as Allegiance, Hamilton, Fiddler on the Roof, and of course On Your Feet. A core theme appears to be immigrants finding the blend and balance of respecting their traditions and culture while learning to be successful in America.

Emilio and Gloria Estefan, both originally from Cuba, emigrated to America with their parents as children. The central theme is a rags to riches story, with Gloria and Emilio starting with nothing and introducing America to Latin music on their way to riches. Emilio had to fight with record producers and radio stations to crossover from Latin markets to mainstream radio. Their combined perseverance and talent forced the producers and radio station managers to give them a chance. Other struggles along the way included Gloria arguing with her mother about leaving a safe path of school to pursue her dream of performing.

The second act of the show revolved around the 1990 tour bus accident that almost crippled Gloria. The resolution of this crisis was a bit trite in On Your Feet. It must have been a hard struggle for Gloria to return to the stage at the American Music Awards less than a year later, but the script has Emilio say, “You go out on that stage, and you show the world you’re back!” Even if that was a direct quote, the writers could have given a little more depth to this important moment in their lives.

On Your Feet is a jukebox musical hoping to find the success that Beautiful or Jersey Boys did. And yet, it could have been told as a Lifetime movie with the depth within the story. It does truly succeed by being fun and colorful, however. The audience was dancing in their seats, and the older woman next to me was doing the conga in her seat throughout the show.

Ana Villafane, who portayed Gloria, gave a standout performance. She was captivating in both her dancing and singing. Andrea Burns and Alma Cuervo were both excellent as Gloria’s mother and her grandmother. The ten-minute megamix finale was great. The dancers gave the audience everything they had, and the audience was literally on their feet. This show will find a following with tourists, but it will not find luck with awards later in the season.