The morning after Randy Brown and I broke up, I drove to my parents’ home in the countryside and cried my eyes out in the living room while my mother sat there in her robe and listened. I was quite a wreck, with smeared mascara, wild hair, and snot covering half my face. To her credit, she didn’t point this out as most Southern moms would. I did not tell her about the semi-stranger boy whose couch I’d slept on just hours earlier. That kind of craziness needs to be kept to one’s self.

I snuck some of her “medicinal” brandy out of the cupboard after she went back to bed. It was disgusting, so I added some Mountain Dew to it. This was equally disgusting. I ended up on the bathroom floor, retching, about 30 minutes later, and my mom woke up, saw me on the bathroom floor, and said, “You’re drunk.” Then she began laughing softly and picked me up and took me to bed. It was the only time she’d ever seen me this way (and the only time I’d ever been this way), and to my shock she didn’t chide me. She never mentioned it, either.

When I woke up, I lay in bed trying to form a plan when an idea suddenly came to me. I wanted out of this town, to reboot my life, and what better place to do it than in Los Angeles?

I picked up the phone a few hours later and called the only person I knew in LA: Randy’s best friend, Donald Bailey. He answered sleepily. “Hello?” 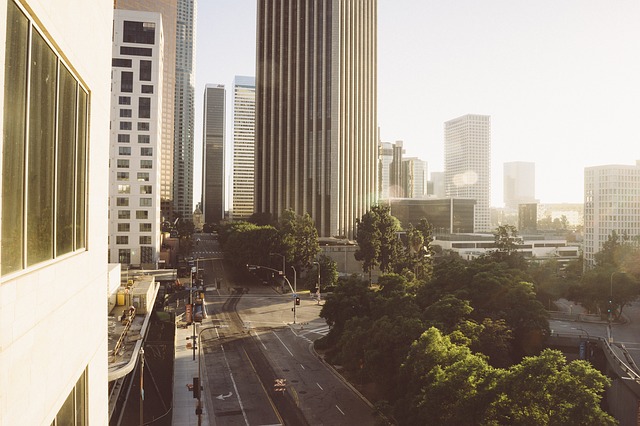 Three weeks later I was on a plane to Los Angeles visiting Donald to tour this place called Hollywood. I spent four days there and was quite entranced. I’d never seen anything like it, being from such a small town. I felt claustrophobic on Wilshire Boulevard with the high rises crowding out the sun, but I also felt excited, as if the entire world of possibility rested within the city’s boundaries. We went on a whale watching tour and dined at Venice Beach, had fun at Disneyland, and watched movies at all the famous theaters. This town was fun!

Donald took me to all the cool places and then also to Burbank, which I’d insisted on. It turns out Burbank isn’t that cool; it just looks cool on TV. California is great at making things look better on screen than they are in real life. Too bad I didn’t realize that at the time. That would come years later.

I went back home to pack my things and tell my friends and family I was moving across country. It did not go well. My mom and dad and brother and sister freaked out.  I had aunts and uncles tell me it was a great opportunity, and my job tried to get me to stay. The hardest person to tell was my beloved grandma. She was crushed. She begged me to stay with tear-filled eyes, and yet I kept telling her I needed to try this.  “Please don’t go,” she pleaded…

I went back and forth, loving my family and friends but hating my job and needing something to happen in my life. If you don’t do something, then nothing is ever going to change. I wanted change. I needed change.

Each night Donald and I would talk on the phone about my pending move, and soon it became clear that this was more than friendship. For three weeks we talked about life and feelings and weird philosophical arguments that he came up with, most of which were way over my head. He introduced number theory to me, and all I could do was listen and occasionally say, “Wow, that’s interesting,” and then quickly write down notes to look up the next day so I could keep up with this guy. Donald was much smarter than any other guy I’d ever encountered, and that really got to me. I was a brainy girl, but this was an entirely new echelon of intellect I was dealing with, and I was intrigued.

Still, my heart was broken over Randy, which made it that much harder when he showed up at my job on my last day there. I was packing up my office things into the trunk of my car when suddenly he was standing there. I was still pissed and didn’t want to talk to him. He just stood there, dumbly bouncing a tiny rubber ball he had in his pocket, trying to focus on catching it instead of catching my heart again. I didn’t know why he was there, but I still wanted to punch him.

“Yep, time for a new adventure,” I said as I kept on packing up my car.

“Where are you going to stay?” he asked as he kept bouncing that stupid rubber ball.

I reached over and grabbed the rubber ball and flung it as far as I could across the parking lot.

“You dropped your ball. Better go get it,” I said coldly as I looked him in the eye accusingly.

Just then Randy stepped closer to me and said, “I heard you went to see my friend Donald.”

“What I do is none of your business. Why don’t you go home to your little blonde?”

Randy took a deep breath and said, “She’s not my ‘little blonde.’ She’s a friend from a long time ago.”

“Well, I’m moving on, literally. Have a good life.”

And with that I shut the door to my car and drove off. I watched Randy in my rearview mirror as I headed toward my new life. I never found out what he wanted, and at the time I just simply didn’t care.

The next day I had a family goodbye party and realized I hadn’t told any of my friends I was moving. I quickly called everyone up, exchanged phone numbers and addresses, and it was then that I came across Jimmy’s name in my address book. Jimmmmmmmyyyyy…whatever happened to Jimmy, I wondered. Did he get that red car? Was he some successful businessman living in New York City with a wife and 2.3 kids? Did he fall back to earth gracefully? Was someone there to catch him? I had to know.

I spent the rest of the evening calling all the numbers I could find in the phone book. I had these visions of him being tall, dark, and handsome and single and that he’d spent years looking for me and didn’t know where to find me and that he would be so excited to finally see me again.

It took me a day, but I finally found Jimmy the cinnamon boy again. We made plans to meet the next day.  I was so excited that I couldn’t sleep! I didn’t know it yet, but I was getting ready to see what happens when you fall back to earth and there’s no one there to catch you.