On my last day in North Carolina I could hardly sleep. I was about to see Jimmy the cinnamon boy again, the boy who gave me my first kiss ten years earlier — the boy who, in my mind, was so real and so filled with hope. I was so excited!

Just 24 hours earlier I’d finally reached him by phone and got to hear that wonderful, silky-smooth voice of his again. God, how I’d missed it! He sounded so sexy on the phone that I convinced myself Jimmy the cinnamon boy could talk me out of moving across country, could heal my wounded heart that Randy Brown had so cruelly shattered. Jimmy the cinnamon boy was my last hope of staying in this town. He was the only boy who hadn’t really hurt me; he had simply ran away. He needed change, and I identified with that.

“Oh God, please let him be driving a red car,” I thought. I was acting like a silly school girl, and I knew it, but I honestly didn’t care. What good is life if you can’t dream big and be honest with your hopes and dreams? No editing your fantasies: that was my internal motto at age 22.

I got all dressed up in a red sundress and strappy heels. I told my mom and sister about it, and they too got excited. Everyone remembered Jimmy the cinnamon boy. He was so good-looking. You never forgot that face: those warm brown eyes that bathed you in love or desire or something in between, those luscious lips that looked so soft and felt even softer, that cinnamon-bronzed skin on those lanky arms that you just wanted wrapped around you.  Sigh…I could not wait to see Jimmy.

And so I sat in my mother’s living room with my mother and my younger sister after dinner on a warm summer evening, finally experiencing Jimmy the cinnamon boy coming back for me in a red car like he promised me when I was 12 and he was 14. My heart was racing with anticipation.

Twenty minutes felt like two hours. We finally heard the crunch of rubber tires on gravel as a blue car pulled into the driveway. I had hoped it would be a red car (I like exact fantasies and promises), but blue was okay because JIMMY THE CINNAMON BOY WAS BACK!

I started to stand up, but my mom said, “No, Julie. Let me get the door. You sit there like a lady.”

I rolled my eyes but did as she said. This felt so Jane Austen, and I was Emma. I stole a glance over at my beautiful sister who had just entered the room wearing a cute little sundress of her own with her hair and makeup all done. I gave her a contemptuous, slanted-eye glare. How dare she try to hone in on my reunion. She always did that. Oh.My.God.

I was so focused on the nerve of my little sister that I didn’t notice that Jimmy had just entered my living room. Then there was a slight gasp. My sister had seen him first.

I stood and turned around and there was Jimmy, standing just four feet away from me. A decade had passed, and I could still recognize him, but something had happened to his face. Jimmy had been scarred, and badly.

I tried not to make an audible gasp. Instead I smiled and walked right up to him and hugged him tightly for a long time. When I pulled back, I could see tears forming in his eyes. I wanted to be alone with him, but my mom and sister had been fond of him too, and so they wanted to catch up.

So the four of us sat there in my living room conducting an 18th century parlor version of  “What the hell happened to you?” in the most polite way possible. We Southerners do that.

After an hour of sweet tea and cookies, we learned that when Jimmy ran away from the foster home, he’d ended up in another one and another and another until he was 18 and emancipated. His father was never able to get his children back, and Jimmy only saw his siblings a few times a year, usually by accident while running errands in town. The loss of his mother had shattered the family connection, and so Jimmy had ended up all alone.

So he turned to drinking. A lot.

One night he drank so much that he lost control of his car and hit a tree.

We all just sat there in stunned silence as Jimmy relayed the rest of his decade-long story.

His beautiful face was now covered in massive scars that cut across his lovely nose and beautiful high cheek bones. A brow bone was now divided exactly in half by a scar that ran from his forehead across his right eye and down to the jawbone. But his lips were unharmed. I think it was probably the only part of him that wasn’t affected.

And he seemed small. He took up less space and was no longer in control and commanding as he was when I was 12 and he was 14. I wanted to be alone with him, away from the uncomfortable feeling of the interview parlor with my mom and sister.

Jimmy looked at me as they were chatting, and I could see he wanted to be alone with me too, so I stood up and said, “Well, Mom, Jimmy promised me 10 years ago we’d go out to dinner, so we better get going.”

Everyone laughed, and then we left.

It was getting dark by the time we got to the driveway, and Jimmy said, “Follow me in your car. I want to show you something.”  So I did. He drove through winding back roads I hadn’t been on in ages, and then after I’d been following him for about 15 minutes — completely mesmerized by what I’d just encountered in my living room, an entirely changed man — Jimmy stopped the car in a field just off the road.

I got out, and he left his headlights and radio on.  “Come here,” he said as he held out his hand.

I took his hand, and he looked at my eyes so seriously.  “Fade Into You” by Mazzy Star was playing on the radio, and the solemnity of the song matched the incredible pain in those beautiful brown eyes, the eyes I’d waited a decade to gaze into again. Then he took my face in his hands and kissed me, so softly and sooo slowly. I closed my eyes and took it in — every sensation of him, every scent, every touch, every sound.  Just the sound of his breathy desire melted me.  And then I felt something warm and wet on my cheek, but I wasn’t crying. I opened my eyes and could see that Jimmy was crying.

“I got one letter, didn’t you get mine?” he asked.

“Yes, one letter but never anymore. I wrote you back but never heard from you again,” I cried.

“I moved from home to home, I really had no place that was mine. I still don’t,” he said.

“After my accident I had no money. I was in rehab for a long time, and then I had to go to Alcoholics Anonymous. I still go. It’s a daily struggle. I finally got a job, and my boss is an older woman. When her marriage fell apart, she let me come live with her. And then somehow we became a couple, and now I live with my boss who is also my girlfriend, but everything we have is hers. She makes sure I know it, too. She completely controls my life. I went from having a mother that I couldn’t find, couldn’t have, to being with a woman who I feel I can’t get away from.” 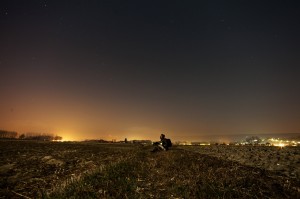 My heart slowed down as I listened to Jimmy’s sad story. He hadn’t landed softly back to earth. His life had been one big crash landing. I realized I wanted to help him. I wanted to save him.

I went to my car and took an envelope out of my purse and handed it to Jimmy. “Here, I want you to have this,” I said as I pressed my entire life’s savings into his battered chest. I could see the scars peeking through his button-up shirt.

He tried to protest, but I just kissed him every time he tried to speak. I kissed his scars. I kissed his eyes. I kissed his forehead, his chest, and his still-soft lips. I showed him that he was still desirable. I showed him that somebody out there loves him and understands him, and I promised him there would always be someone out there who holds his heart in hers.  Jimmy promised me the same, that at least I’d always have someone out there who loves me. It gave me the courage I needed to take the next steps in life.

We made love right there in the field. Then I began crying. We were now standing in the field with the music still playing in his car, the headlights being the only light around.  And then Jimmy began dancing slowly with me under the stars, the same stars he kissed me under ten years earlier, the same stars I would always gaze upon while wondering where in the world Jimmy was. And then I just rested my head on his shoulder and let the music in my heart and in my head play out.

It was the last time I ever saw Jimmy the cinnamon boy, but at least I know I saved him; and, in that moment in life, he saved me too.