About a year ago, I discovered the author Louise O’Neill. Her books have become some of my favourites, and I’d like to share why — not only because they’re addictively good, but because of their importance. I last reviewed Only Ever Yours, but this review is for O’Neill’s incredible, powerful Asking For It.

This may be an even more important read than Only Ever Yours. It’s loosely based on the horrific Steubenville case of 2012 in America, but it’s set in small-town Ireland — where popular-but-bitchy Emma O’Donovan is gang-raped at a party. Afterwards, the local community rallies around her attackers, the town’s sport heroes. Why was she there? Why did she wear that dress? If she drank and took drugs, what did she expect? She was asking for it.

The book never says whether Emma is or isn’t to blame. It never makes the decision for you, but it provides a clear exploration of every aspect of how she behaves, how she feels, and how she is treated.

It didn’t catch me by surprise in the same way as Only Ever Yours because I had already thought a lot about these issues; I knew the storyline from reading too many reviews beforehand, and I’d heard the details of the Steubenville case years earlier. All this didn’t stop it from being a tough read, though.

Although less gripping in terms of plot, this is a well-constructed and well-written portrayal of such an awful event. For one thing, the lasting effects of the attack on protagonist Emma are given just as much time as the lead-up and immediate aftermath. This is significant. Often, when we read these kinds of news stories, we shudder in our seats and it haunts us for a little while…and then we forget about it until the next tragic story. This book reminds us of the full impact of this kind of violence on victims.

It shows us how the traumatic experience leaked into every part of Emma’s life. As readers, we watch her family fall apart. We see the repercussions for her father’s job. We see the cracks growing in her parents’ marriage. We see how hard it is for them to fight and keep fighting and keep fighting for a trial date that is put back to three years after the attack itself. We see them lose their place in a small community. There’s also some reference to the terror and stigma surrounding mental illness and the determined belief that all she needs to do is keep taking her pills. I found the effect on her family particularly devastating; there are moments when her own father can no longer look at her.

Italics and brackets are used effectively throughout the book to show us what’s going on inside Emma’s head. The attack is always preying on her mind, whether it’s a memory of the event itself or agony over the comments on the photos and the reaction of friends and her community. Sometimes it’s as simple as: “My brother saw those photos, my father saw those photos…”

Many of her thoughts are directed toward the day this will eventually go to court. Even though there is photographic evidence of everything that happened to her, even though those photos are all over the Internet, she knows full well there will be no simple conviction. She knows she will be under humiliating interrogation. There’ll be questions and insinuations and attacks on her character. All this horror surrounding the trial is what is referred to as the “second rape” — the trauma victim’s face on the witness stand that is one reason such a small fraction of rapes are ever even reported.

Not to mention her case has attracted mainstream attention, so Emma has to read articles focusing on her attack, which say things like, “Women have to take responsibility for their own safety. If they are going to insist on wearing such revealing clothes, if they are going to insist on getting so drunk they can barely stand, then they must be prepared to bear the consequences.” Emma is already convinced that everything that is happening to her is her own fault, but even when she goes to the doctor after her attack, there is a poster on the wall saying, “One in three reported rapes happen when the victim is drinking.”

Released last September, this book has had huge impacts on readers. There are people who, after reading it, have properly thought about the meaning of consent for the first time. Author Louise O’Neill has shared that one survivor of abuse felt able to tell her story after reading Asking For It. #NotAskingForIt has been hugely active on Twitter. In fact, the conversation around consent is topical all over the Internet right now.

And the more people who are a part of it, the better. 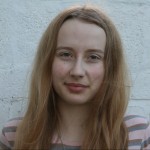