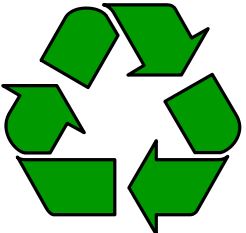 In a world where we have such easy access to information, it’s almost impossible to ignore the pending threat of climate change. The oceans rise, the ozone deteriorates, California dries up like a prune, and floods wash over Malaysia. Those in power hold meetings to discuss solutions, and they try to do damage control on the counterproductive propaganda of those who deny the existence of this phenomenon. Meanwhile, the rest of us average human beings sit and wonder what we can do to help, trying to suppress the quiet voice that questions whether or not what we do actually makes any difference. As 2014 gives way to 2015, the debate remains strong, and recycling has stayed at the top of people’s minds.

For the past twenty years, recycling has gained popularity as an easy way of helping the environment. It is the process of using products with core elements deemed reusable — such as plastic and glass — to manufacture new goods rather than discarding them in landfills. This method of production reduces energy in the manufacturing part of the process as well as in the extraction of the materials that would have been used for the product had it not been recycled. The energy expended is directly tied to greenhouse gas emissions, and the reduction in the first ensures reduction in the second.

For many, the word “trash” brings to mind an image of heaping piles of stinking garbage and discarded articles. These are landfills — the sources of ground and water pollution for people across the world. When a bottle, paper, or can is recycled, it is thereby removed from the landfill that would have been its destiny. Now imagine that this is the case for every bottle, paper, and can that passes through the doors of a house or business, and the landfill shrinks immensely. 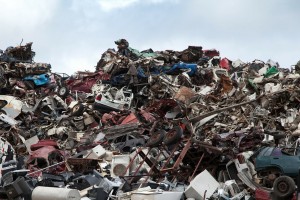 At the start of this new year (exactly halfway through the decade), it is time for America, the land of colossal amounts of plastic, to recommit itself to the cause of recycling. If you and your family are not already participating, or have fallen out of the habit, here are some simple steps to how it works:

3. If you are taking part in the curbside pickup, try to keep any paper in a paper bag or tied with string to prevent it from blowing away (do not put electronics or batteries on the curb. Those must be taken to companies that recycle them separately. Contact the city office to get a list of those companies).

4. Look at the numbers on the bottom of any plastic object. The numbers range from 1-7, and each is a code for differing chemicals in the object and for a different process of recycling. Every city has different policies, and not all cities take numbers 1-7, so check with yours before you start.

5. If you are not participating in curbside pickup, there will be transfer stations around the city where you can take any recyclable items.

As simple as it seems, and is, for those putting their items out to be recycled, the topic is not devoid of controversy. The recent implementation of the “Green Fence” policy in China bars plastics labeled 3-7 from being sent to China for recycling in an attempt to reduce the pollution clogging the country.  This means that while many Americans are still placing those plastic items in the recycling bins, they are in fact being sent to the landfill rather then a recycling plant.

It is natural to be angry about this prospect, but one of the proposed solutions depends on the US government’s willingness to invest in recycling plants here in the states — a process that would have its own repercussions on the environment.

Recycling is a good way to start addressing the issue of massive amounts of trash being thrown into the ground, and it has mobilized those who otherwise may not have been aware of the problem. However, the time has come to address the issue from the bottom up; it is time to discuss the rampant consumerism present in the modern world. We’ll have less to discard and to recycle if we use less, buy less, and demand less from the get-go. Consumerism is not a comfortable topic for most people, and it cuts to the heart of America’s notion of endless bounty and unlimited profit opportunities; but, as media and social networks grow in numbers, the importance of the conversation only intensifies.

Plus, when has change ever been comfortable?