We’re buzzing about Miss Idaho, who not only captured the crown at the recent Miss Idaho pageant, she captured our attention by wearing an insulin pump with her bikini. 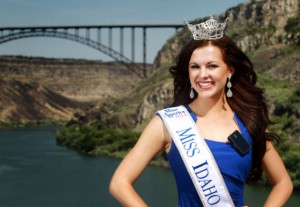 Over the past few days, Sierra Sandison has become a hero of the Type 1 diabetes community, and is inspiring others with Type 1 diabetes to wear their insulin pumps proudly.  (She created the hashtag #showmeyourpump.)

You can find evidence of this on her Twitter and Facebook pages, which are being flooded with comments from grateful parents and photos of tweens and teens wearing their own pumps. 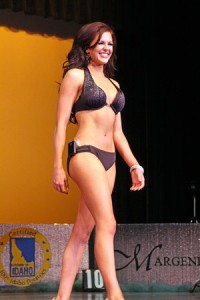 On her Facebook page, Sandison wrote, “Tonight I conquered a huge fear and fulfilled one of my dreams: wearing my insulin pump on the Miss Idaho stage. Why? When I was diagnosed (as an 18-year-old young woman) I was terrified of basically being hooked to a machine for the rest of my life. What would people think? Girls on the covers of magazines and in movies don’t have those, therefore, they must somehow detract from how beautiful people see me as. At least, that’s how I felt.  Soon after, I heard that Nicole Johnson, Miss America 1999, also a type 1 diabetic, had worn her insulin pump ON STAGE WHILE COMPETING AT MISS AMERICA! What?? Maybe you CAN be beautiful with a pump!
“So tonight, I went out and rocked my pump on stage, hoping that even if it wasn’t a pump, someone that thought they had a ‘flaw’ would know that it was absolutely ok and didn’t mean they were any less beautiful.”