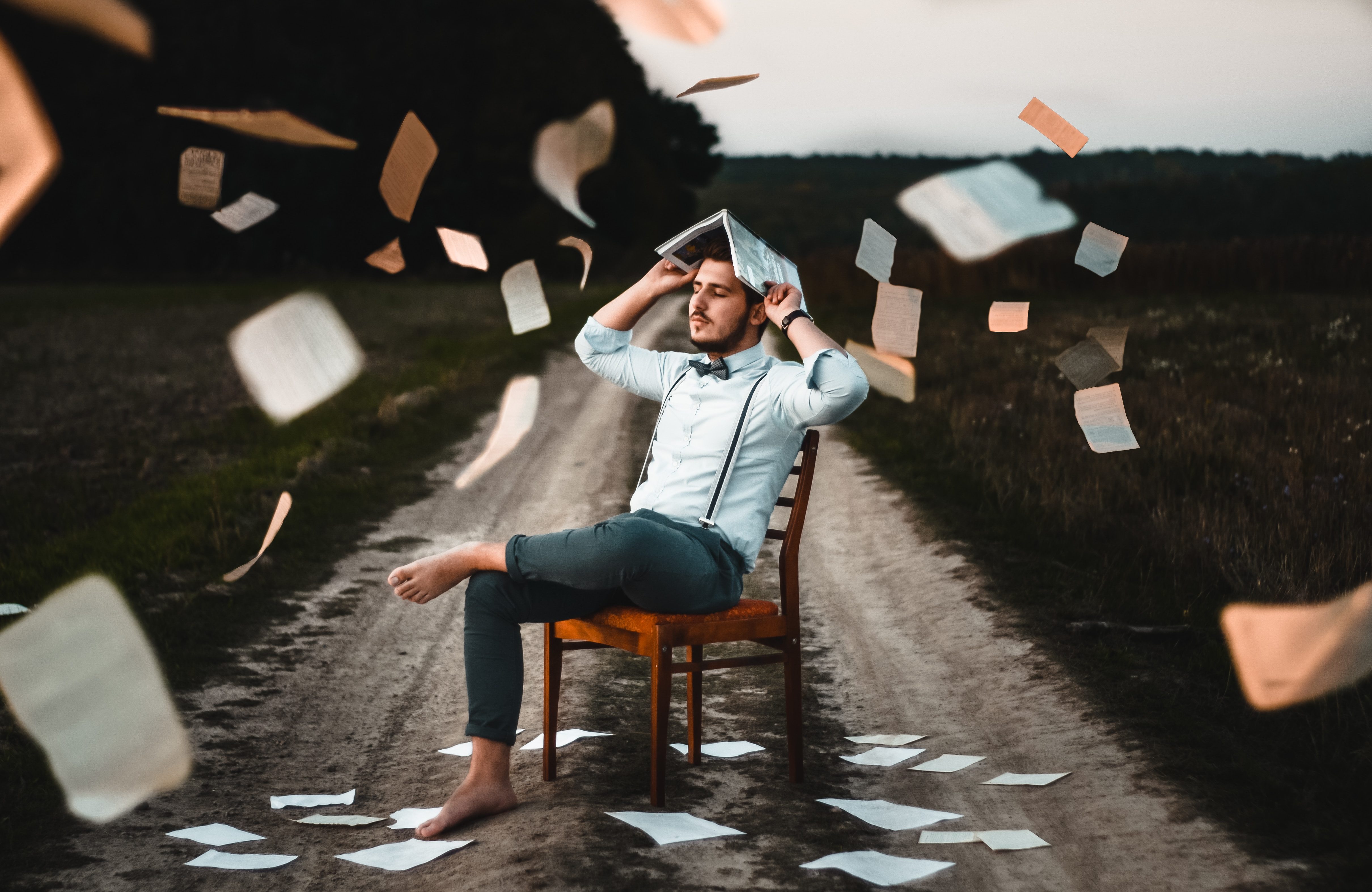 Thoth walks the dirt road as he always does: barefoot, bowtie and the book held securely against his ribcage by his arm. This walk is something he does every day, from dawn till dusk.

Years had passed since he had seen a human walk the road. Years and years. Thoth didn’t keep track because that wasn’t his job. His job is to protect the book and walk the road. And wait to see if a human ever came to join him.

In all honesty, he never thought one would. Never thought any would come look for the answers to questions that he held. But he was proven wrong.

She walked with her shoulders rolled back and head held high. A purpose filled each stride she took as Thoth watched her in the distance, making her way towards him.

They met in the middle of the road.

“Greetings, Maria,” his voice sounded alien. “I’m Thoth. What are you doing here?”

Maria’s face cracked into a smile and his heart burst into flames.

“Looking for an answer to an age-old question.” A pause ensued that gripped his lungs. “The meaning of life.”

“Walk with me?” This time his words trembled as they tripped off his tongue, tumbling from between his lips.

“I’d be delighted,” Maria replied, interlinking their arms and beginning to walk.

They walked and walked down the never-ending dirt road, Maria enraptured by every word he spoke. He opened the book for her, a thing he was forbidden to do. She read it from cover to cover, and a smile blossomed across her lips; one that held so much satisfaction he knew he was right in showing her.

“You’re very welcome,” Thoth replied. The book was tucked under his arm again as the two stood facing each other.

“I should go,” Maria stated, and Thoth simply nodded in return.

“You can tell no one of what you read,” Thoth warned, and Maria showed she understood by leaning forward and pressing their lips together.

After pulling away, Maria turned and walked off, her answers and Thoth’s heart neatly folded in her pocket. He sighed before turning and continuing to walk the dirt road again.

While Thoth walked the road, Maria walked the Earth. She did it with an unusual gleam in her eyes and power in her stride, which was what drew Mercury to Maria. That girl knew more than she should. It was in the woods on the outskirts of a great city that Mercury confronted the girl.

“You have beautiful eyes,” Mercury stated, blocking Maria’s path by leaning against a tree. “They show the very depth of your soul.”

“Thank you.” Maria barely noticed the words leave her lips as she took in the being in front of her. She was like Thoth – no doubt about it – but there was something different about her that would have caused some unease in Maria if she weren’t so stricken.

“I’m Mercury. You’re Maria. Don’t be alarmed, I heard you mention it to a merchant back in the city.” Mercury was quick-tongued and charming, and Maria didn’t question her in the slightest.

The two began to walk through the forest together, day turning to night. It didn’t take long for Maria to be enraptured by Mercury, and as the woman’s lips ghosted against her own, she answered the woman’s whispered question.

“The secrets you hold, where did you get them?”

Thoth came to an abrupt halt as he saw the figure on the horizon. Could it be her? Had Maria returned? His hopes were dashed when the person grew close enough for their features to be recognised, and the blood ran cold in his veins.

“Thoth!” she called, her chin pointing high and her eyes lit with a cunning gleam.

“Mercury,” he replied, holding the book tighter in his arm, “how did you find me?”

“Maria.” Her reply felt like a round of bullets puncturing his chest, even if he could have guessed it.

Despite his heartache, Thoth knew what he had to do. Mercury couldn’t know what he and Maria did.

“I apologise,” Thoth said, taking a few steps back, “but you seem to have partaken in a wasted journey.”

He turned his back on her and took the book into his hands, holding it by the front and back covers, and ripped them apart, sending each page flying skyward. Mercury screamed her protest, but she was too late. As the pages danced off through the air, the words imprinted on them blew away like dust. She left after that, defeated and nothing to stay for. Thoth was left standing barefoot with a torn heart as the pages drifted down around him like snow.