It’d been pouring for days, so when the clouds finally parted that late afternoon, it revealed an orange sky that refreshed our eyes like the purest Sunny D. We came outside and sat on our porches to let the cool air cleanse our senses of all the television and microwaved food. Dad brewed a fresh batch of sweet tea, and we watched the younger kids splash around the puddles as the steam curled into the air from the brims of our mugs. It felt like we’d been freed, even though when the rain didn’t trap us in the house like that, we pretty much stayed inside unless we couldn’t help it.

After a good hour, Dad and Tony got ready to leave for the cornfields. It must have been flooded like crazy, and I offered to help, but Dad put his hand up and told me to enjoy my day. There wasn’t anything surprising about that. He and Tony were always acting like I was going to hurt myself if I picked up a rake or carried a bag of groceries by myself. I didn’t blame them, though, especially after I’d gotten sick a few months after Mom had passed. They’d looked at me like I was leaving next, and Tony had spent his hours chopping vegetables and cooking chicken soup while Dad read from a poetry book at my bedside.

As I watched them get into the truck, I started thinking about the day of Mom’s passing, how none of us had seen it coming because she kept saying she’d be fine and was already feeling better, how Dad came into the living room with swollen eyes that morning, how Tony and I begged to see her, and how Dad, after so many refusals, finally let us. I could still see her fingers folded across her chest, and I remembered thinking that she looked more beautiful than ever.

My phone chimed. It was a text from Michael:

He was always saying “hey,” and just then I felt a little annoyed because he’d always start by saying that and never got straight to the point. So I called him to speed things up and he picked up after a few rings.

He laughed that hyena laugh of his.

“Right. Right,” he said. “Hey, check it. You want to go fly by the lake? I hear everyone’s going to be kicking it there.”

He didn’t get that I was mocking him.

“Looking forward to it!” I said as sarcastically as possible. I released the fakest giggle as I could then hung up. With a grin on my face, I shook my head.

I ran into the house and changed into my blue jacket and surfer jeans, the same outfit I’d worn the day that Jacob, my crush, smiled at me from across the cafeteria. Cool as the breeze, I told myself. I brushed makeup on my face. A dab here and there, some lipstick, and I was ready.

Michael pulled up in his beat-up Dodge about ten minutes later, and I hopped into the passenger seat with a grin still lingering in my face.

“Someone is happy to see me,” he said with a smirk.

“Oh, please. We both know it is. And hey, you didn’t have to get all dressed up and pretty for me. There’s going to be others there, you know, so you won’t be able to get me alone and seduce me.”

The rest of the car ride was similar. Sarcasm and more sarcasm. A guitar playing on the radio. The clouds spreading outside the windows, the sky expanding. The world opening up on the road in front of us. A friendship of laughs, smiles, and trust. Jacob waiting by the lake. Waiting for me.

It seemed like everyone from school had shown up. Many had brought rafts or boats and were on the water, drifting with the soft wind. Michael and I spent the first half hour saying our hellos to friends and avoiding the rest. Our circle was talking about the heavy rain and debating whether or not it would come back, or something along those lines, but I wasn’t paying much attention as I was on the lookout for Jacob.

“Let’s go out on the lake!” I said as I grabbed Michael’s wrist, thinking he might be out there.

We borrowed a friend’s boat, and I dragged us down the bank toward the dock. We hopped in and pushed off the edge. I grabbed an oar and made Michael help steer us toward the clumps of rafts and boats in the center. I wasn’t the strongest girl, but my arms had a ton of energy just then. We sped our way around and through the others like children who’d gotten lost and were in a panicked search for their parents. Everyone was just a blank face to me. Not Jacob, not Jacob, and not Jacob. I’m sure we passed by classmates because Michael greeted a few of them, but I kept my eyes locked ahead. Eventually Michael set his oar down and leaned against the back of the boat.

My arms had grown heavy anyways. I set the paddle down and leaned against the front. I hadn’t really taken the time to notice the sky yet. It was beautiful; purple had washed into the orange above, the sun hovering just over the horizon, ready to set. It smelled like lemons.

“Wow. Jacob’s not here and now everything is wrong in the world. You’re so obsessed with him. And he doesn’t even talk to you, ever.”

Our boat began drifting toward the far end of the lake.

“What’s that supposed to mean?”

“It means I don’t even know why you like him.”

I opened my mouth to explain my reasons, but found no words.

“Again with the hey? That’s annoying. You know that?”

“You’re impossible sometimes. You know that?”

We sat there for a minute but it felt much longer. The first fireflies made their appearance by the trees.

“You ever think about us?” he asked.

“I mean, what we could be, if there’s more to us than just friendship.”

“But that’s just it. I’m not like your brother. Your brother is Tony. You don’t tell him anything. You tell me everything. He doesn’t know you. Your dad doesn’t even know you. Your mom barely…”

He stopped, and right then I felt like I was about to fall into the lake.

“I never told you what my last words to her were.”

He waited for me to tell him, but I stayed quiet.

“Stop with the hey. Don’t you listen?”

He looked away and bit his lower lip.

“At least your mom doesn’t have to deal with you anymore.”

I shook my head, fighting the tears collecting in my eyes.

“I told her to leave me alone. To never talk to me again…” I wiped my eyes with my sleeves. “Guess I got my wish, huh?”

I told myself to not cry, repeating it until the tears stopped coming.

“Do you think about us?” I asked him.

He looked down and picked at his nails.

“All the time… You’re my best friend…”

He smiled at me, and I smiled back.

My smile vanished, but his remained.

“I’m not…We’re just friends. Maybe we are best friends, but that’s it.”

“No, I really don’t know what you’re trying to say.” The blood drained out of my heart, and I felt empty.

That was it. Not another word. We steered back in silence, the sound of our paddling as clear as fingers strumming a guitar as we pulled ourselves through the lake, water dripping off the edge of our boat. Past the drifting crowds, people laughing and chatting. The orange in the sky disappearing, the purple fading into a dark blue like my mother’s eyes.

We spent the rest of the night acting like everything was okay between us, smiling generously among friends, laughing at each other’s jokes. But as the days went on, we texted less and less, and when we did hang out, it was always within a group.

A week later, dark clouds began collecting in the sky again, thickening until the first drops of a new downpour began to fall, trapping us inside. I spent the days staring out my window, searching for the hidden sun, waiting for it to finally return. 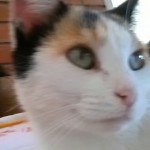 Andy Tu recently quit his job to pursue writing full-time and is currently working on his first three novels. You can contact him at andyctu@gmail.com.