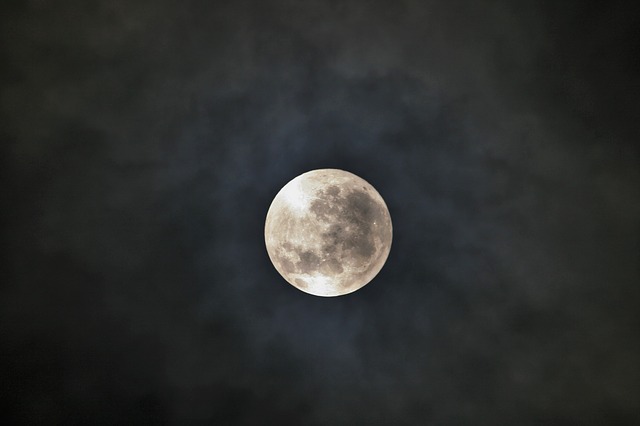 Aberratus was born a proud man, keen and hungry for the delights of power, in a small town near the western shores of Bithynia. He grew through a poor family, his parents young and humble, their son’s eyes on the title of “King.”

Through murder and bribery, Aberratus scrambled up the ranks of his society, unafraid to crush others under his foot as he reached for the ultimate. Before he was thirty, he claimed the throne and a wife too stupid to say no.

As the years passed, the tyrant ruled, taxing the town to starvation, oppressing them with his iron fist. Even his daughter, a sweet and wide-eyed girl, grew to fear him, always sure to flee the room when he entered.

His daughter, whose name now carries a curse, took to darting among the trees of the nearby forest. She fell in love with the deer, the crunch of spring leaves, the light of the moon in the small pond. As she grew, curving with age, her father began concocting a plan of marriage; the suitors Aberratus had in mind were slimy, greedy, lascivious — all of them reflections of himself. His poor daughter knew nothing of these designs, her heart set on dedicating herself to Diana.

She began to confide in her withered mother, her eyes shining as she dreamt of the hunt, the breath of a doe — a life of purity and simplicity. Her mother softly warned her against telling Aberratus her dreams; his daughter sobered and took heed.

The time came when Aberratus called his daughter to his chamber, telling her of her engagement to a wealthy stone mason on the edge of town named Seranus. She gulped, remembering her mother’s warning, and divulged her true desire: “Father, it is my wish that I dedicate myself to Diana, to the hunt, to remaining pure for my sweet goddess, and to all the animals that she protects from an angry arrow or a foolish huntsman. Please, Father, let me — ”

His hand flew at her face with the agility of a wasp, striking her clean across her virginal cheek, causing the skin to swell in a furious red. “Ignorant girl! Thinking she can defy her father, embarrass him in front of his subjects by refusing to marry her own betrothed! You will be wed in the morning, my girl, whether you like it or not! Seranus will bring further wealth to this town, and I will not risk that for the sake of an idiotic daughter who thinks herself to be above marriage!”

His daughter fled, her beautiful eyes drowning in salty tears. She wept and wept, her sorrow streaking across the black night of despair, and she felt her keen helplessness dragging her into the arms of the stone mason.

Her tears bled through to the following day, and she cried as she was turned over to a man who was incapable of love. This made him angry, and he laughed coldly in her ear, emphasizing her inability to flee.

For the first few days of their marriage, Aberratus’ daughter took to praying to Diana every waking hour, especially before she went to bed. Other times, she would continually run the words through her sorrowful and clouded mind, hoping that she had a chance, that someone would hear.

Diana’s keen ear picked up on these prayers, and the fair goddess bristled in fury to hear of the injustice such a young girl faced. She gathered her arrows and journeyed to Bithynia…

When she arrived, she threw open the doors of the palace, swept toward the throne, seized the king, and tossed him to the floor. She drew an arrow and fitted it to her bow, the obsidian point level with the space between his eyes.

Shocked, the dreadful king could only plea, “Mercy! Mercy!”

The goddess considered him with a slow blink and stated in a cold and withering voice, “A quick death is too kind for one such as yourself. Let me see what can be done to remedy your sins.”

Without another word, Aberratus was sucked into a vortex of blackness, pinpricks of light, innumerable sounds — and he suddenly found himself on a desolate landscape, gleaming in some sort of light, the ground dusty and faintly yellow, pockmarked by craters and hills.

“Know this, cruel one,” said Diana, standing proudly against the black sky, “your punishment is eternal, although you are fully capable of dying. Think about your sins, King Aberratus. Let them rule you until you crumble.”

She vanished in a wisp of dust, and Aberratus, mute with horror, stared around him until his gaze locked upon a bluish orb in the sky. His first thought was of a cold-blooded sun, but soon he realized that he was gazing upon his home.

Time melted along with his pride, and he wandered the endless planes of the moon, helplessly calling out for someone… anyone. As he began to feel the weight of his actions, they sat upon him like lead, and his calls changed to that of his daughter’s name and his wife’s.

But no one responded, and he continued to wander. His treads dug into the dirt of the moon, and he cursed the goddess, cursed his own greed, his vanity, his need for money and power. What good did they do him now? He was trapped in an infinity of suffering.

He aged under the earthlight — his limbs shriveling, his hair greying, his sandals and toga falling to tatters — until he was left a long-haired, desperately sad-faced old man in nothing but a tunic. Not even the stars could respect him.

The weight of loneliness bore down on his shoulders, bent his legs and arms, destroyed the agility in his fingers and knees. Like the craters of his prison, he began to crumble, falling to dust under the eye of an empty sky.

He was gladdened by the finality of falling into the surface of the moon, his worn-out vocal chords carrying the echoes of his mistakes. He began by kneeling, then by sitting, then by falling.

Aberratus fell into the moon, his limbs becoming one with the satellite as he sobbed for his lost daughter, for the sorrow he had caused her, for his tyranny, for angering a goddess.

Aberratus became one with the moon, fitting into its features with ease, and soon the craters bore his resemblance, his sad frown and worried lip. The moon shouldered Aberratus in a silhouette that continues to bathe us in its mournful glow, and the mortal dictionaries slowly inhaled what it means to be an aberration.