November had always brought a sad atmosphere into Jade’s house. When Jade was eleven, she had asked her mother why, who explained, “It’s the weather. It just gets so wicked in November.”

That year had been no different. The beginning of November cast a gruesome shadow over her parents. Her mother spent hours staring out into the depressing back garden where the trees were mostly bare and the grass had turned brownish. Her father, isolated in his office, distracted himself by working day and night.

Jade, who despised November for being a thief to her parents’ happiness, did everything possible to lighten the mood. On that Saturday, she decided to bake her father’s favourite treat, chocolate fudge.

Climbing up the spiral staircase, Jade carried the treat up to her father’s office. She couldn’t wait to see her father’s bright smile when he saw what she’d made for him. When she arrived, she was both disappointed and surprised to find the office empty. Where could he be? she wondered. Her father basically lived in his office during November.

Jade lingered by the doorway for a moment, surveying the empty office curiously. The office was a very personal space to her father and had always been kept somewhat of a mystery to others. As a result, Jade had always been fascinated by it. So at that moment, free to explore the space, Jade dared to disobey her father’s privacy.

A step forward and Jade found herself standing on the Persian rug that lined the office’s floor. She shivered. The room felt cold and desolate, like it had also been made miserable by the month’s weather.

In the middle stood a large wooden desk, which was sandwiched by two massive bookcases. Jade approached the one on the left. Up close, the shelves were lined with many different objects. She recognized her father’s pirate hat but saw for the first time his sword, which appeared rusty in the dimmed lighting. Instantly, she recalled the countless tales her father had told her about his time at sea, and particularly her favourite about how he bravely chased away pirates from a neighbouring ship that tried to attack him and his crew.

Jade was tracing the surface of her father’s sword when a framed picture caught her eye. It was placed face down in the corner of one of the shelves. She pulled it out, flipped it over, and was met by a cloud of dust. Using the ends of her dress, she wiped the frame, revealing a picture of a young boy. Jade studied the boy closely. His eyes were so round, and he had a bright smile. What a lovable face, thought Jade. At the bottom of the photo, someone had written, November 1883. She was about to place the picture back on the shelf, this time setting it upright, when a sudden memory struck her.

“Did anyone get hurt?” asked Jade that first time her father told her about the attack. She had noticed how his face had dropped, his round eyes filled with a deep sadness.

“Yes, a boy drowned that day,” her father had said after a long pause. “A large wave swept him away.”

Her father never mentioned the boy again, and Jade never thought of him until that moment. She looked at the picture again. Her heart felt heavy. This must have been the boy that drowned.

Suddenly, the office window flew open; a cold wind rushed in forcefully, misplacing some loose papers on her father’s desk.

Quickly, Jade ran to shut the window, raindrops landing against her face. Outside, the storm was becoming stronger. A mischievous thunder roared powerfully, causing the office lights to flicker. Frightened, Jade dropped down to collect the discarded papers. As she stacked them neatly on the wooden desk, a word hit her.

Adoption, the word loomed at the top of the document. Below was her whole identity printed out neatly in a series of cursive letters.

Everything suddenly made sense. The dead boy. The date. The adoption.

She was a replacement.

She felt a million waves crashing over her, rushing up through her nose, mouth, and down her throat. She felt like she was drowning.

The worst part was she couldn’t drown. She was alive and breathing, forced to face the truth of a lifetime lie. 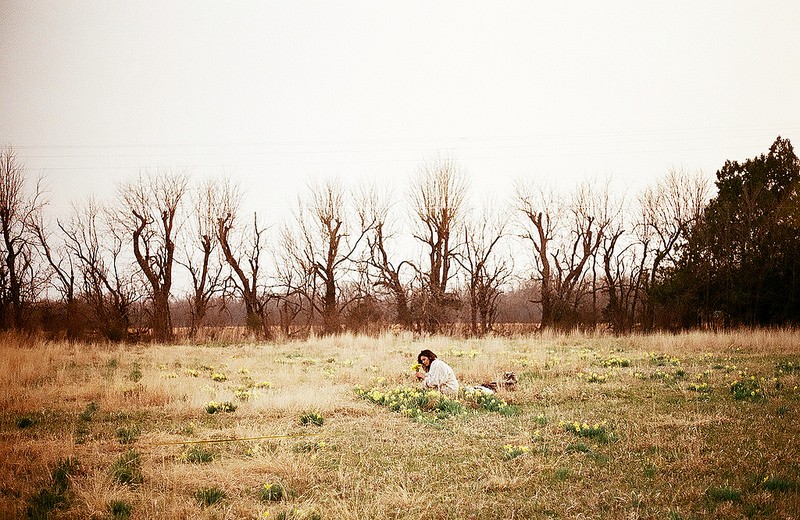 The Girl with the Red Scarf by Danna Thel