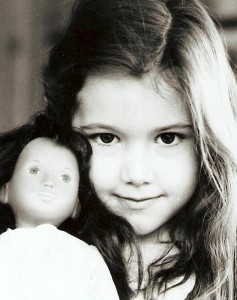 When I was in third grade, I lived in Maryland, where I was one of the only white girls in my elementary school.  For the most part, my classmates were African-American, as was my teacher, Mr. Carter.  He had the coolest, biggest afro I’d ever seen, and I was madly in love with him.  At home, I tried to get my naturally curly hair to do the things Mr. Carter’s hair did.  My best friends, Sharonda and Dionne, did their best to help me.  It didn’t matter that I didn’t look like them.  They loved me anyway.

One year later, we moved to Indiana, where everyone was white.  This was a town with a deep and troubled racial history– home, in the 1920s, to the nation’s largest chapter of the Ku Klux Klan, with half of the white male townspeople confirmed to be card-carrying members.  Ironically, during that same period, local Gennett Records was recording important black jazz artists, giving Richmond the nickname “The Cradle of Recorded Jazz.”  Jelly Roll Morton, Hoagy Carmichael, and Bing Crosby made records there, and Louis Armstrong made his first ever recordings at Gennett, but was so terrified by Richmond’s racial climate that he refused to stay overnight in the town, instead commuting 250 miles each day from Chicago and then 250 miles back again each night. 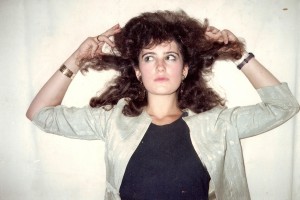 My fourth grade teacher was matronly and white.  Most of the girls were fair and blond and blue-eyed and petite.  I was terrified.  I moved through the halls and the classrooms, suddenly aware of my height, my too-curly hair, and, worst of all, my bottom.  It wasn’t a flat, petite bottom, the kind you only get from years of Indiana gymnastics camp.  It was, let’s call it, curvy.  Even into my high school years, I felt like a foreigner.  I simply would never match the blond Midwestern ideal.

Kiri Davis was seventeen when she created and produced her first documentary, A Girl Like Me.  This lovely little film deals with the issue of internalized racism– mainly, how do others see me?  And how do I see myself?

For the film, Davis recreated something called “the doll test” from the 1940s.  The groundbreaking experiment was the brainchild of husband-and-wife psychologists Kenneth and Mamie Clark, who wanted to study the psychological effects of segregation on black children.  They presented their subjects with two dolls, one white, one black, and asked which they thought was good, and which was most like them.  The results?  The majority of the children chose the white doll.

A Girl Like Me is about “overturning skewed ideas of beauty,” according to Davis.  It’s about defining ourselves instead of letting others define us.  It’s about celebrating and embracing who we are.

So in honor of Martin Luther King, Jr., celebrate yourself today and every day.  And remember that you’re one of a kind.  There’s only one you.  And that’s a good thing.