It was right after lunch one high school afternoon when I was a senior. I was a popular girl on campus – captain of the basketball team, Homecoming Queen contestant, honor student – yet I was the target of mean girls. To be specific, mean cheerleaders. They were younger, a new “clique” that had entered our high school the year before. Never had my high school seen such a nasty group of young girls. 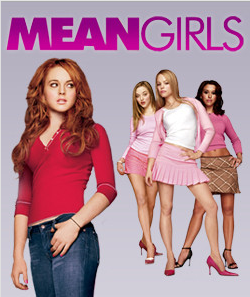 Our school was growing in size, and with each new, larger class, it seemed that the authority figures in school were losing control. Anonymity was beginning to be bred, and kids were getting away with things that previously would have been noticed and stopped immediately.

I was in the bathroom when suddenly I saw 5 or 6 sets of sneakers waiting outside my stall. When I opened the door, all these cheerleaders were surrounding me. Their leader, we’ll call her “Sugar,” poked me in the chest and asked, “Did you have fun last night?” I didn’t know what she meant. I had gone on a date with a boy who had been asking me out for months. I’d finally said “yes,” and we’d gone on a double date with my best friend and one of his friends.

Sugar said, “You went out with my boyfriend last night. Did you have fun?” I was in shock. I had no idea he was in a relationship, so I told her that. Then, all of the girls began crowding me and getting closer and closer. I was terrified.

Luckily, I was an athlete, so I just steeled myself and broke through them and kept on walking to class… only they followed me outside between buildings into the courtyard past the faculty lounge. I could see my history teacher watching this all unfold, a popular athlete being pursued angrily by a gaggle of cheerleaders.

My heart was racing, and my face was red, but I kept steadily marching forward as the cheerleaders taunted me. When I got into the next building, my two best friends saw me and came to my side. We had a head-to-head right there in the hallway with the cheerleaders. It was jocks vs. cheerleaders, and the cheerleaders backed down. After that we were in attack mode.

I received phone calls and hang ups and snide looks from any friend of the cheerleaders. I was called “slut” and “whore” and many other names over the next several weeks. And, needless to say, Sugar was not still dating the guy; they had broken up, and he had asked me out. She still felt like she owned him, and I was subjected to months of taunts and ridicule.

Luckily for me, I had confidence from sports and great supportive friends who had my back. Probably the worst of it, though, was when I sat down in history class one day, and someone had written  on my desk that I was a slut. I developed a fear of being in a bathroom alone at school.  After that, I put on a brave and tough face and stared down any cheerleader in that clique as I passed them in the halls. It worked, and they left me alone.

Eventually, Sugar’s brother became aware of me due to all of this and fell in love with me. He caused her to see me in a different light, and she ultimately apologized. There is even a photo of us enjoying a football game together later that year. I disarmed Sugar and her mean girl posse by being classy but fierce.

What I mean is that I never sank to her bullying, taunting level. I remained tough and formidable, but I didn’t add fuel to her fire. I kept doing what I loved, which was playing sports, and I didn’t lose my self-respect.

Flash forward decades later, and I still encounter mean girls in the form of mean women. They are the mean moms who gossip about girls that they view as their daughters’ competition. I don’t engage them. I cut them out of our lives in every way. People only have the power and mental real estate that you give to them. It worked for me as a teenager, and it works for me now. A Mean Girl can’t run on empty; she must have fuel, and giving her your attention and mental space gives her energy.

In school I told a trusted adviser, and that helped diffuse the situation. Those in charge monitored it and spoke to the offenders.  At my kids’ school, I have carefully avoided the mean girls and the mean moms even to the point of blocking them in social media, which is the number one place for female cyber bullying. It is about managing who you let into your life. You control your own happiness. 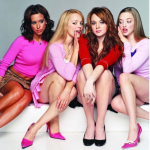 Some tips for dealing with mean girls:

1) Make sure you know who a mean girl is. Sometimes you won’t realize what’s happening or who you’re dealing with until it’s too late.

2) Speak to a guidance counselor or teacher or trusted adult if you feel threatened or bullied. Don’t be afraid to communicate with your parents or an important adult in your life. The more people that know what’s going on, the more of a support system you will have.

3) Make sure you are not a mean girl yourself. Are you being kind or being gossipy? Do you punish others or support them? Are you fostering jealousy or self-confidence? Being happy with who you are is the root of lifetime success and well-being. Often times mean girls stem from low self-esteem.

4) Avoid mean girls. Don’t engage in their drama, and never stoop to their level. Set boundaries – in social media, your phone, and in your social groups, such as teams and cliques. It’s your life.  You get to control who you let into it.