For those of you who were faithfully dedicated to watching the winter Olympics held in Sochi for the past couple of weeks (definitely guilty), then you have no doubt gotten to know and love Jason Brown, the 19 year old wunderkind representing the USA in men’s 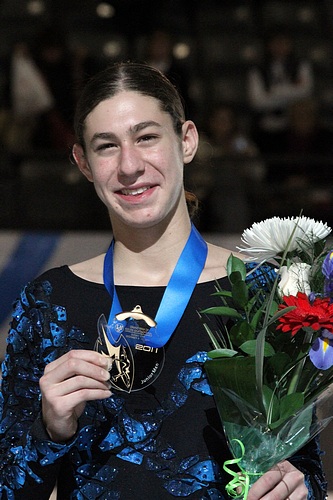 figure skating. When all was said and done at Sochi, Jason Brown may not have walked away with the medal count he wanted, but he did walk away with the knowledge that he is now considered one of the most powerful and promising young talents in the figure skating world.

All of that to say, at the gala performance event that signaled the end of the games, Brown performed a routine that showcased his playful and insanely talented style, set to MC Hammer’s “U Can’t Touch This”. I’ve become something of an ice-dancing nut lately, and I can honestly say this is one of the most engaging performances I’ve ever seen. I mean, he does the MC Hammer shuffle. On ice.